Watch: Seven birdies for Woods in Round 2 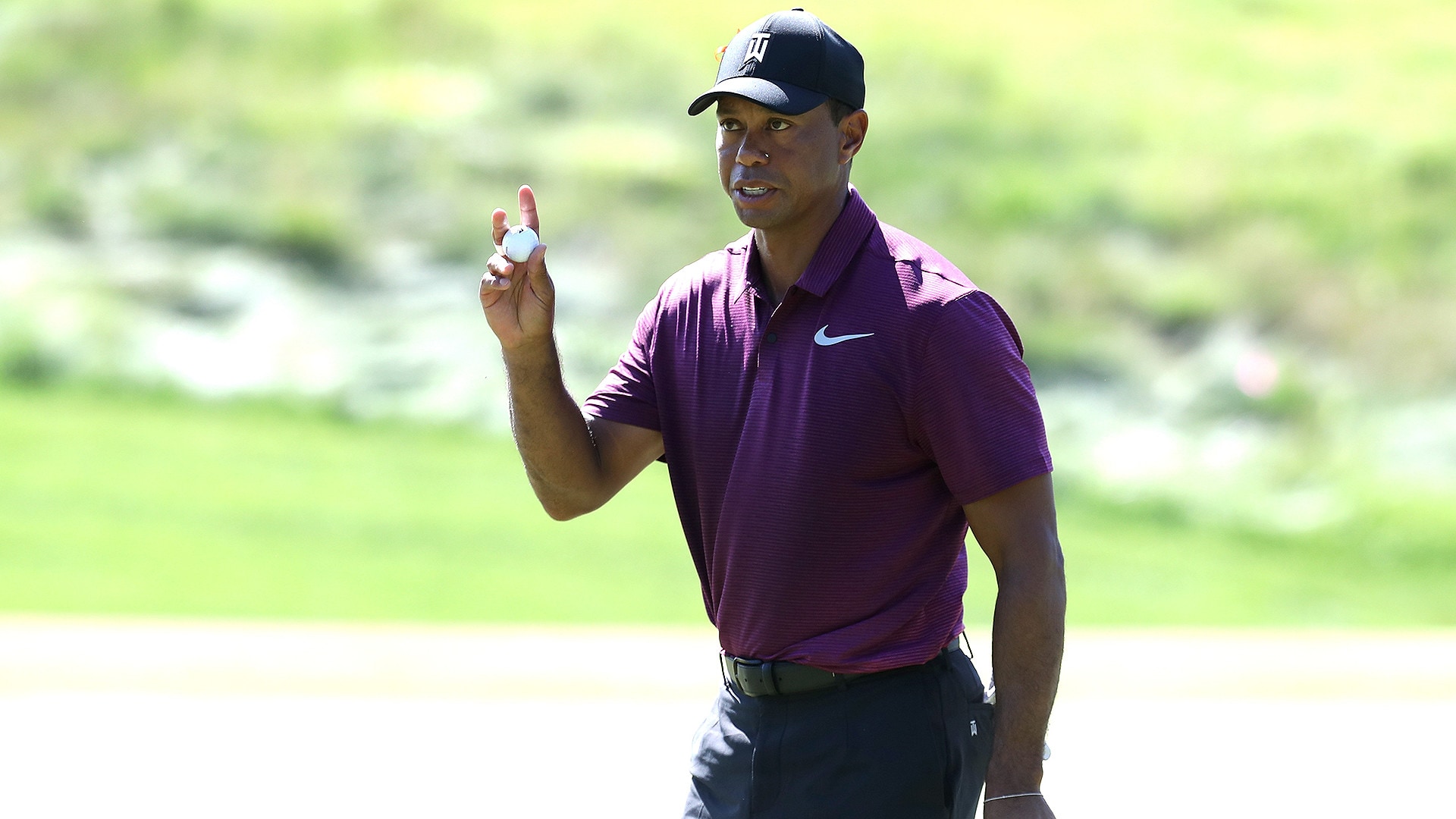 After opening in even-par 70, Tiger Woods said he was "very committed" to his new mallet-style putter. That dedication paid off early on Day 2 of the Quicken Loans National.

Starting on the par-5 10th, Woods left a lengthy eagle putt from off the green 24 feet short of the hole, but he made the birdie effort to get to 1 under par.

Woods bogeyed the 11th hole after hitting his second shot in a hazard, but came back with another birdie at the par-3 12th.

The new putter seems to be working early on.#QuickHits pic.twitter.com/U6V88IxJSs

At 1 under for the tournament, Woods was six off the lead and T-36 at the time.

Woods missed a 7-footer for birdie on the 13th hole, but after another par at No. 14, he added a third birdie of the day at the 15th.

A 338-yard drive leads to @TigerWoods' 3rd birdie of the day.#QuickHits pic.twitter.com/iMShUUeLL1

That put him five back and tied for 26th place.

Woods bogeyed the par-3 17th, but made this tremendous chip shot on the par-4 18th to turn in 2-under 33 and at 2 under for the tournament.

The scoring continued on his second nine. He birdied the par-5 second after reaching the green in two.

And then rolled in this birdie putt at the par-3 third.

At 4 under par for the tournament, Woods stood four off the lead and tied for 14th place.

Woods missed a 17-foot birdie putt at the fourth hole, but knocked this approach shot on the par-4 fifth to 2 feet. The tap-in got him to 5 under and into a tie for 11th, three back.

Woods finished with four consecutive pars for a 5-under 65. He walked off the course four off the lead and tied for 11th place.