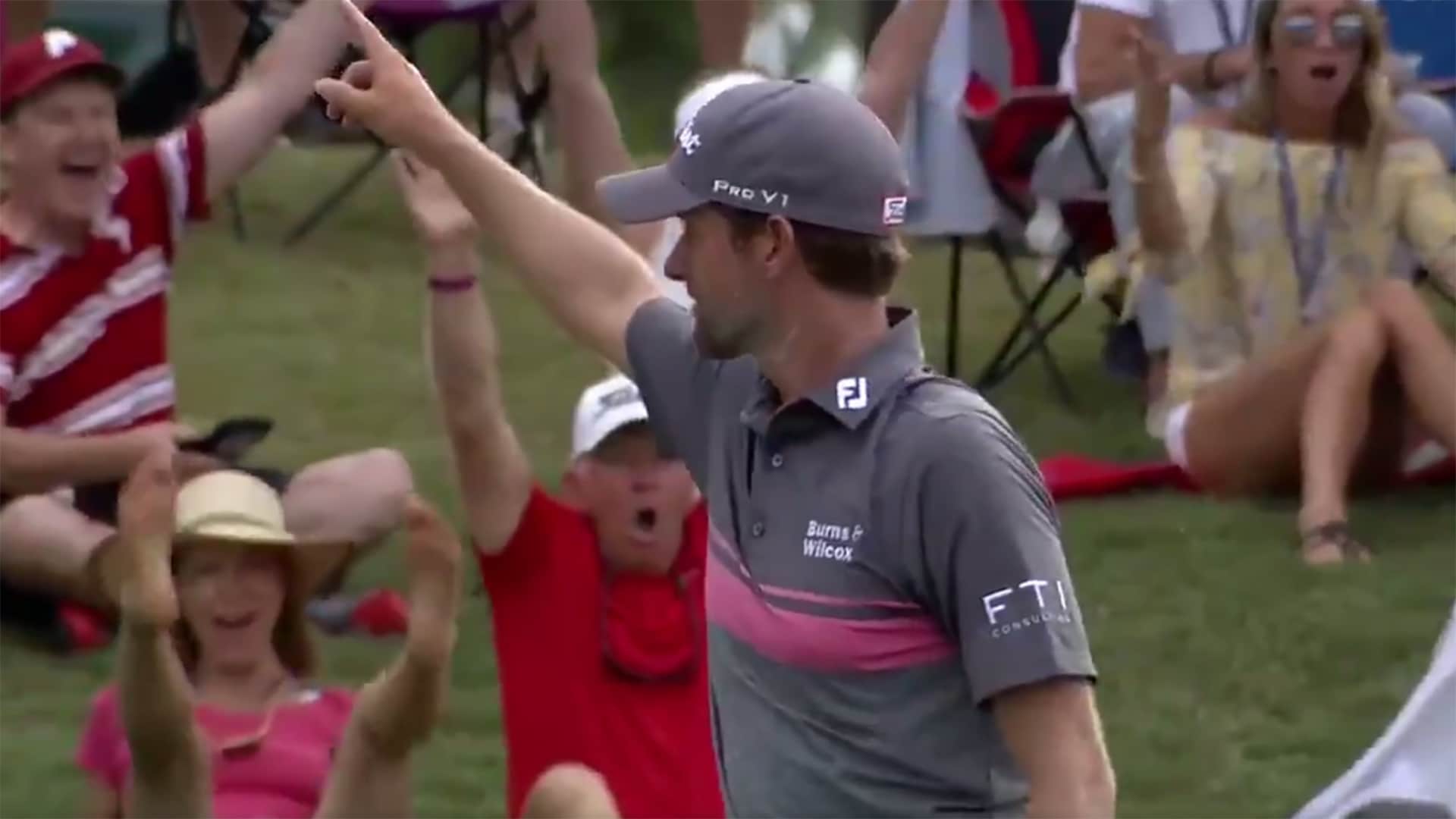 Webb Simpson took a five-shot lead into the third round of The Players, and he's only strengthened his grip on the championship.

Up by six after a 2-under-34 front nine, Simpson went over the back of the par-5 11th in two and played this bunker shot to perfection.

The eagle-3 pushed Simpson to 19 under par for the week and staked him an eight-shot lead.