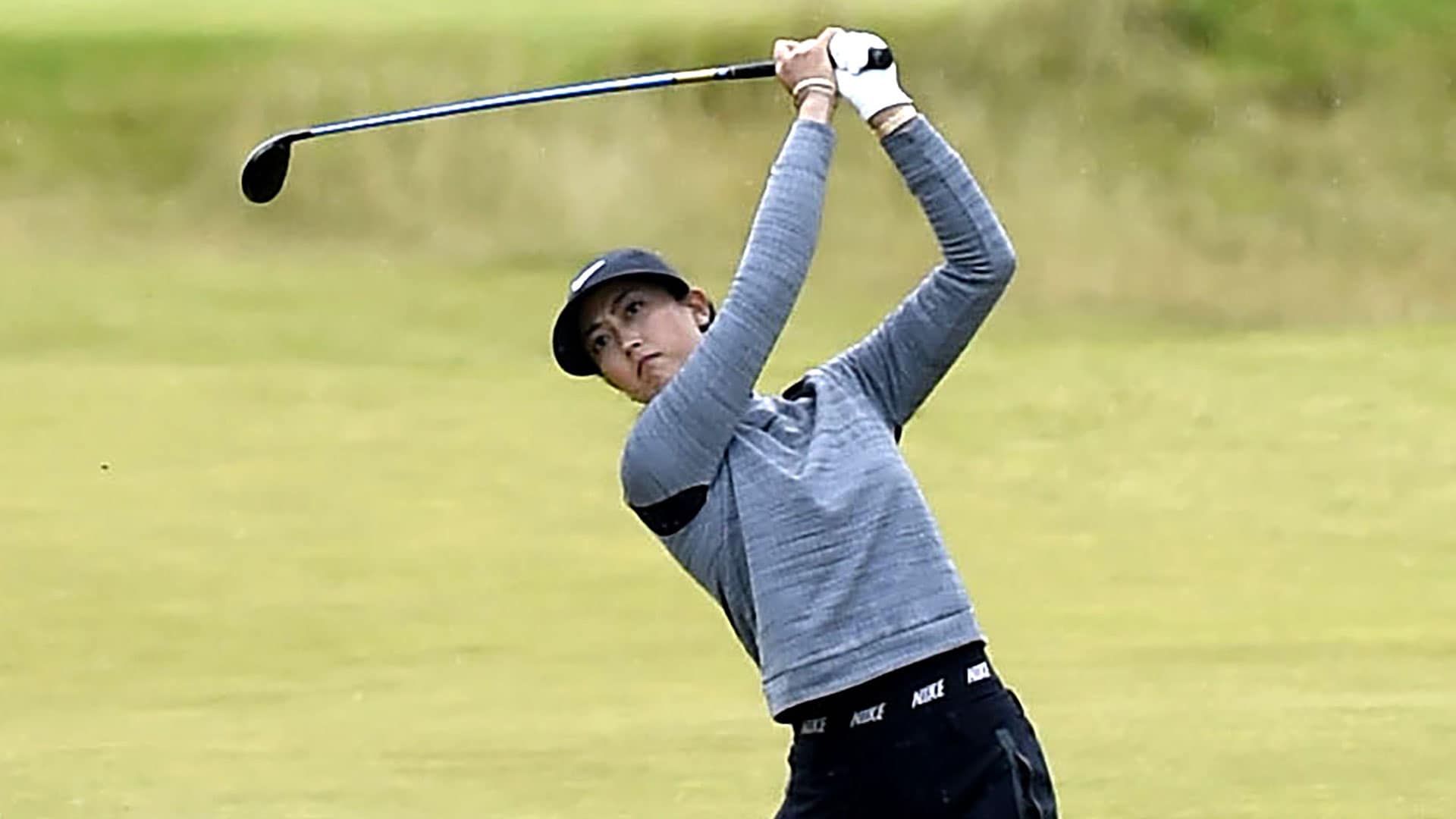 ST. ANDREWS, Scotland – Michelle Wie always seems to bring some surprise to any run into contention.

In the 8-under-par 64 she posted Thursday to take the first-round lead at the Ricoh Women’s British Open, it was her clubs.

Wie put an 11-wood in her bag at the KPMG Women’s PGA Championship earlier this summer, and she added a 9-wood this week.

In relatively benign morning conditions, they helped Wie set the course record for women at Kingsbarns. She hit 17 of 18 greens in regulation.

“I think Callaway has done a great job of accommodating me. They had to look back into their archives to find me an 11-wood. But I have an Epic 9-wood and I think XR 11-wood. They've been great. I definitely had to cut [the 11-wood] down. I've never played such a high-lofted wood before, so they've done a great job of working with me and making it work.”

“It's a lot easier than hitting a blade 5-iron,” she said