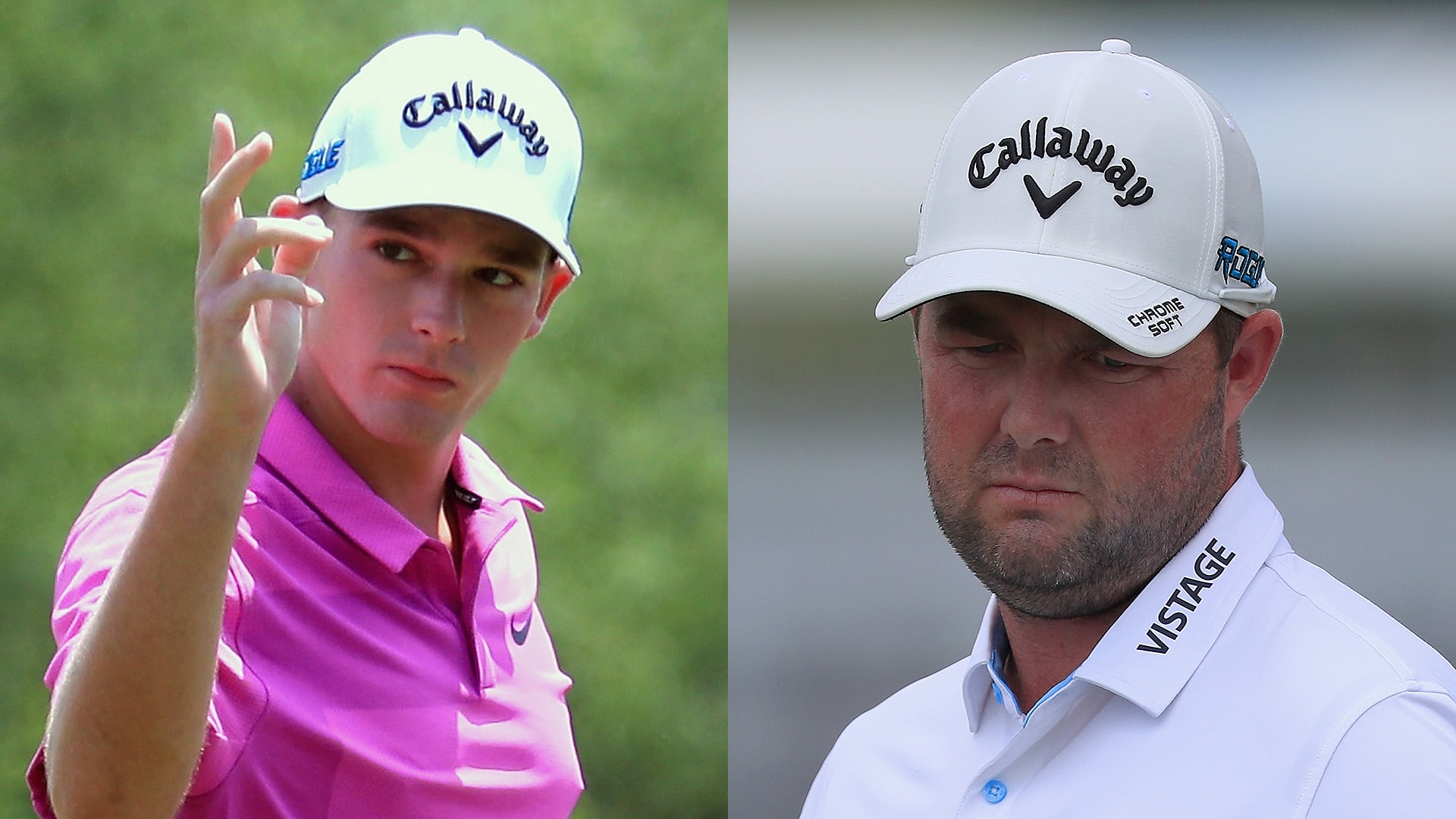 Aaron Wise and Marc Leishman share the 54-hole lead at the AT&T Byron Nelson, where conditions suddenly weren't so easy on Saturday. Here’s where things stand through 54 holes at the tournament’s new venue, Trinity Forest:

What it means: The co-leaders jockeyed atop the leaderboard for much of the afternoon, with Wise forfeiting his one-shot advantage via a three-putt bogey at 18. Wise is the 2016 NCAA Division I individual national champion in search of his first PGA Tour victory. He is just one event removed from his best career finish, a runner-up at the Wells Fargo Championship, where he pushed winner Jason Day in the final round. To lock down his first title, the 21-year-old will have to outduel Leishman, a three-time Tour winner and the 16th-ranked player in the world who won twice last season at the Arnold Palmer Invitational and BMW Championship.

Round of the day: Charles Howell III turned in a bogey-free 6-under 65 on a day when birdies were much harder to come by than they were in Rounds 1 and 2. His six birdies vaulted him up 44 spots on the leaderboard into a tie for 11th.

Biggest disappointment: Dallas native and Trinity Forest member Jordan Spieth walked off the golf course Saturday third in proximity to the hole, fifth in strokes gained: tee to green, and 73rd out of 75 players in strokes gained: putting. Following a third-round 71, he’ll enter Sunday 10 back.

Shot of the day: Rookie Tyler Duncan recorded the first ace of his PGA Tour career with a pitching wedge from 111 yards at the par-3 eighth.

Fan of the day: This guy.

Don’t be that guy. pic.twitter.com/AgIgg5uAjE