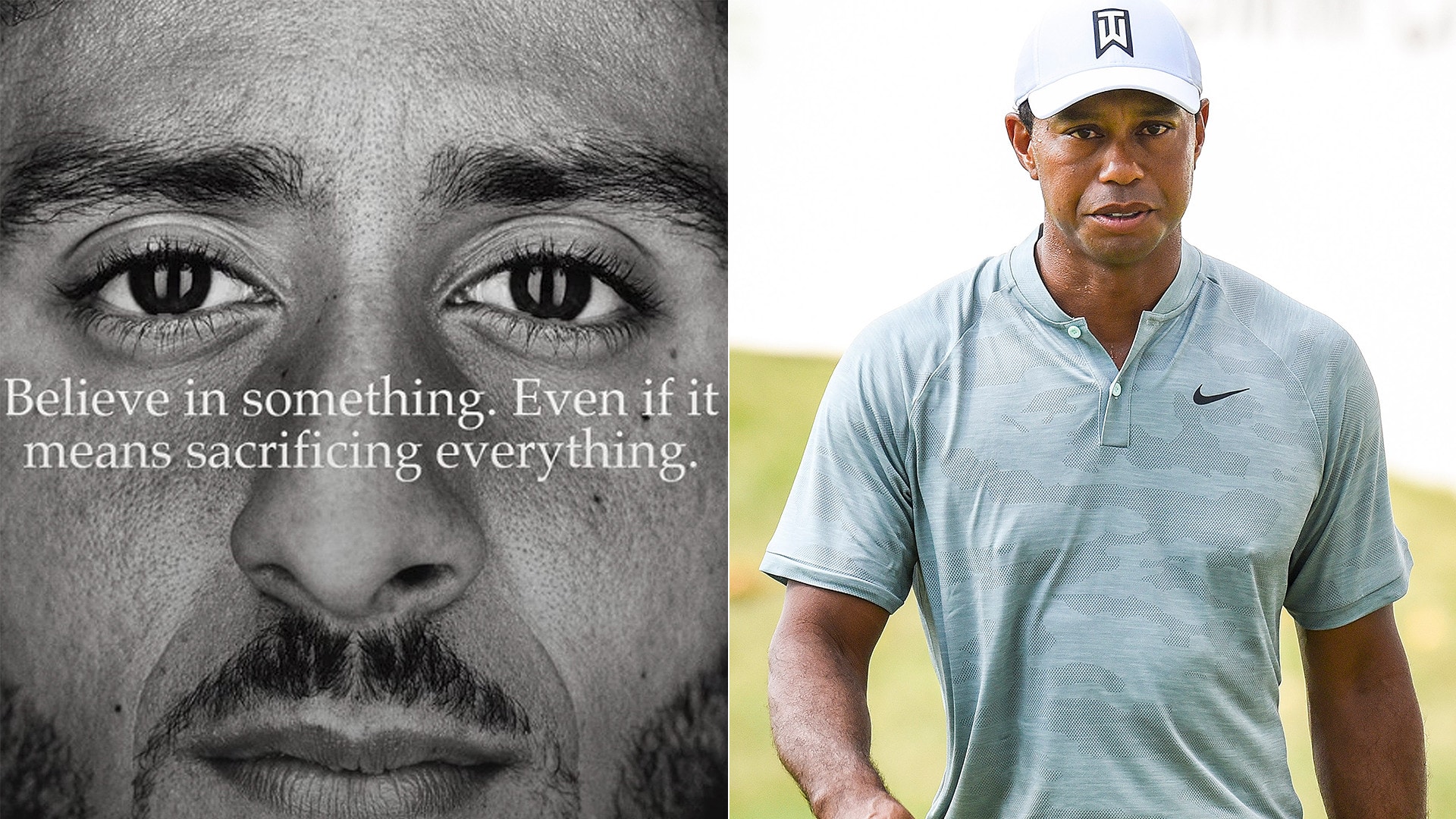 NEWTOWN SQUARE, Pa. – He’s been sporting a swoosh on every piece of his clothing for the last two decades, so it was inevitable that Tiger Woods would be asked a question about Colin Kaepernick.

Kaepernick was announced earlier this week as the face of the 30th anniversary of Nike’s “Just Do It” campaign. A black-and-white close-up of Kaepernick was released by the company, featuring the words: “Believe in something. Even if it means sacrificing everything.”

Believe in something, even if it means sacrificing everything. #JustDoIt pic.twitter.com/SRWkMIDdaO

The former San Francisco 49ers quarterback has been out of the NFL for the last two seasons after being the first player to take a knee during the NFL’s pregame playing of the national anthem in order to raise awareness about social injustice in the United States, specifically police brutality.

Kneeling during the anthem soon became widespread in the NFL and came with considerable controversy, as critics labeled the practice unpatriotic and disrespectful to the military and police. Said controversy peaked last year when President Donald Trump called kneeling “disgraceful,” adding, “Wouldn't you love to see one of these NFL owners, when someone disrespects our flag, to say, 'Get that son of a bitch off the field right now. Out. He's fired.'"

Asked on Friday at the BMW Championship for his opinion of the campaign, Woods called the commercial below, voiced by Kaepernick, “beautiful.”

“I think Nike is trying to get out ahead of it and trying to do something special and I think they've done that,” he said. “It's a beautiful spot and pretty powerful people in the spot.”

Asked if he was given any heads up by the company about the campaign, Woods said he was not.

“They did not tell me it was coming,” he said. “When corporate does things that are outside of golf and outside of my realm, that's what they do.”

This is the second time in the last three events that Woods has been asked to comment on social issues outside of golf. A Puliter Prize-winning reporter from the New York Times asked Woods at The Northern Trust to comment on his relationship with Trump and on Trump’s impact on race relations in the U.S.

Tony Finau, another Nike ambassador who is currently vying for the final spot on the U.S. Ryder Cup team, was also asked to weigh in on the new ad.

"Definitely stands out," he said. "I'm proud to be a Nike athlete and be associated with them. They've been great to me. The feeling is pretty mutual.

"As far as Kaepernick and all that is concerned, we all have freedom of speech. Using it in a way that's non-violent is something you have to respect as an American."