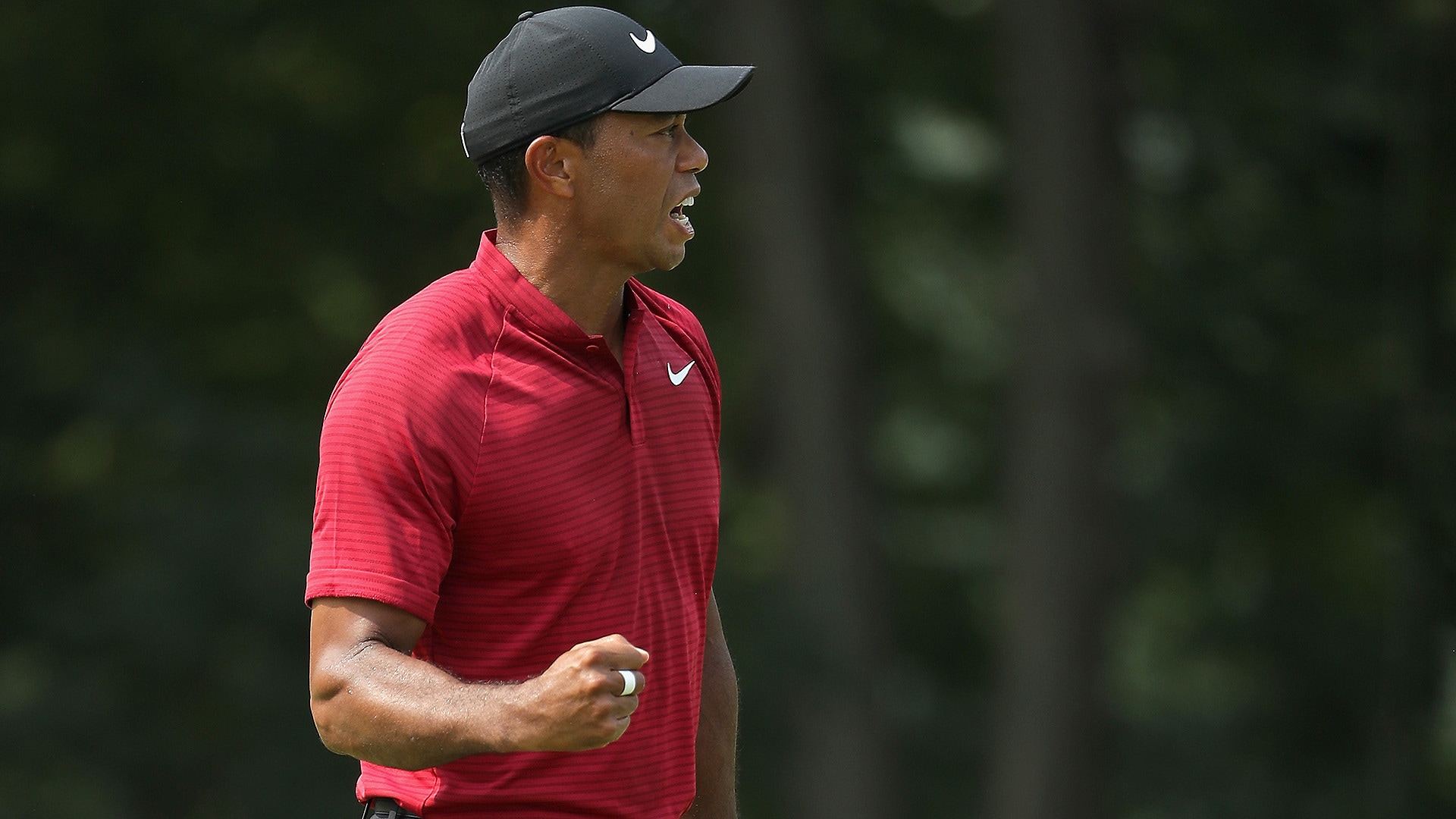 While 125 players qualified for The Northern Trust this week, only 120 have decided to tee it up at Ridgewood Country Club in New Jersey. Here's a look at a few of the marquee, early-round tee times where players are grouped via FedExCup standing and Tiger Woods makes his first start since a runner-up performance at the PGA Championship (all times ET):

Woods starts the postseason at No. 20 in the points race, with a great chance to advance to the season-ending Tour Championship for the first time since 2013. He'll look to pad his point total this week in the Garden State, making his return to competition after a week off following a strong showing at Bellerive. He'll play the first two rounds with Leishman, who has two runner-up finishes this season, and Fleetwood, who nearly caught Brooks Koepka at the U.S. Open.

There should be no shortage of eye-popping drives from this trio, who comprise the top three in the season-long points race heading into the playoffs. Johnson holds the No. 1 spot in both the world rankings and the FedExCup, having won three times since January, while Thomas will look to become the first player to go back-to-back in the playoffs and Koepka hopes to add to a career year that already includes two majors.

Simpson got back into the winner's circle in impressive fashion at The Players Championship, and he heads into the playoffs off a T-2 finish last week at the Wyndham Championship. Molinari cruised to victory at the Quicken Loans National before his major triumph at Carnoustie, while DeChambeau's win at the Memorial highlighted his season that brought him to the cusp of a Ryder Cup berth.

Normally featured among the points leaders at this point in the season, Spieth heads into the playoffs at No. 43 in the standings, sandwiched between a pair of players whose best results came in playoff losses. Hossler has had a quietly strong season that was highlighted by a runner-up to Ian Poulter in overtime at the Houston Open, while An lost a playoff to DeChambeau at the Memorial.

There will be four green jackets among this group, as the reigning Masters champ is joined by a pair of Ryder Cup hopefuls in Mickelson and Finau. Lefty broke a lengthy victory drought with his WGC-Mexico win in March but has largely slowed this summer, while Finau notched top-10 finishes in each of the first three majors to enter the discussion for possible picks for Paris.