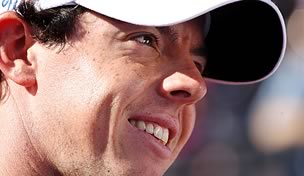 Getty Images
HUMBLE, TX - APRIL 03: Scott Piercy tees off on the 12th hole during the second round of the Shell Houston Open at Redstone Golf Club April 3, 2009 in Humble, Texas. (Photo by Chris Graythen/Getty Images)  -

Perhaps Tiger and Rory will be carpooling to practice rounds in 2013?

According to Jose Lambiet of Gossipextra.com, world No. 1 Rory McIlroy has signed a contract to purchase a mansion in Palm Beach Gardens, Fla., having come 'close' to the $10.9 million asking price.

The home, which was built in 2012, measures 10,000 square feet and includes six bedrooms, nine bathrooms, a world-class gym, a private deep-water dock – and yes, a putting green. According to a source cited in the report, McIlroy has been renting along the nearby Loxahatchee River for several years.

'He likes it here,' the source indicated. 'It's only natural he'd buy something.'

The current owner could not be reached according to the report, but a site devoted to the sale of the property had been reportedly taken down. Should McIlroy move in, he would be just a few miles down the road from Tiger Woods, who moved into a $55 million mansion in nearby Jupiter Island, Fla. last year.