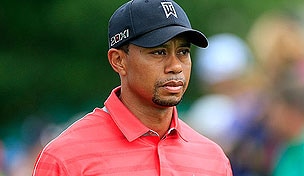 BETHESDA, Md. – We’ve taken it for granted that Tiger Woods wears red on Sundays – well, Sundays when he’s competing, at least – but on Wednesday he traced the background of that decision.

“I've worn red ever since my college days basically, or junior golf days – big events on the last day,” he said in advance of the AT&T National, which he won’t play due to an elbow injury. “I just stuck with it out of superstition, and it worked. I just happened to choose a school that actually was red, and we wore red on our final day of events. So it worked out.”

Don’t expect him to go in a different direction anytime soon.

“I came out here and I continued it,” he added. “I've had a few wins wearing red, and it's not going to change.”