Bubba: I would never tank against Trump 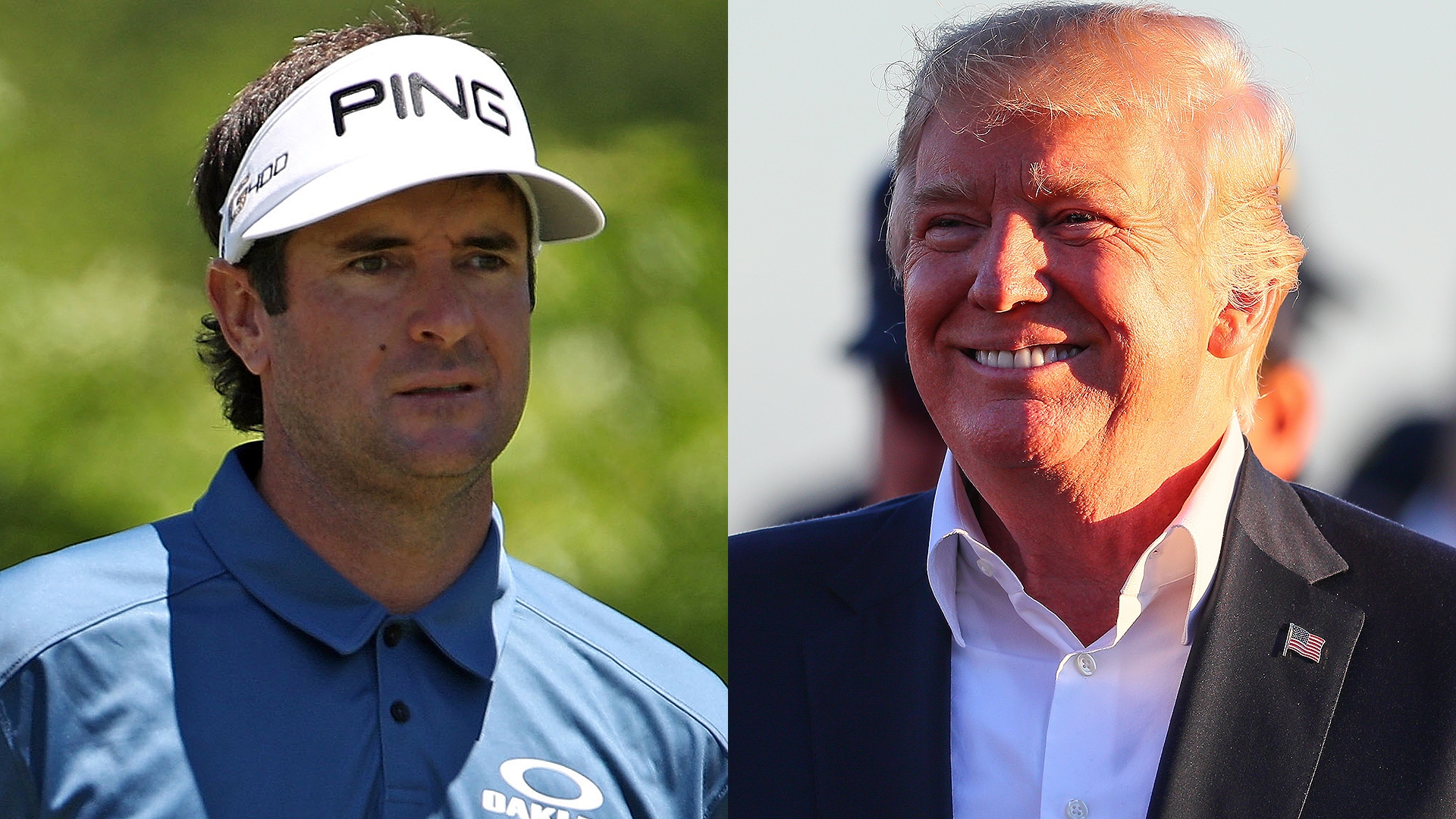 So, if you were playing golf with President Trump, and you were really good - say, PGA Tour player-good, would you let him win, just because he's, you know, the president?

No doubt some people would, but Bubba Watson is not one of them.

Bubba recently found himself staring into a TMZ camera for one of their signature "dude in the street" off-the-cuff interviews, and he was asked if he had ever played with Trump. Yes, Bubba said, back in 2006. If he ever got to play with him again, would he let him win?

Bubba seemed greatly amused by this question, something he almost never does with the regular golf media. "No," he said emphatically. "I would never let him win. If he beats me, he beats me." But no tanking. "No not at all, 'cause then I could tell everybody I beat the President."