Height of irony: Phil putts in front of 'rules' sign 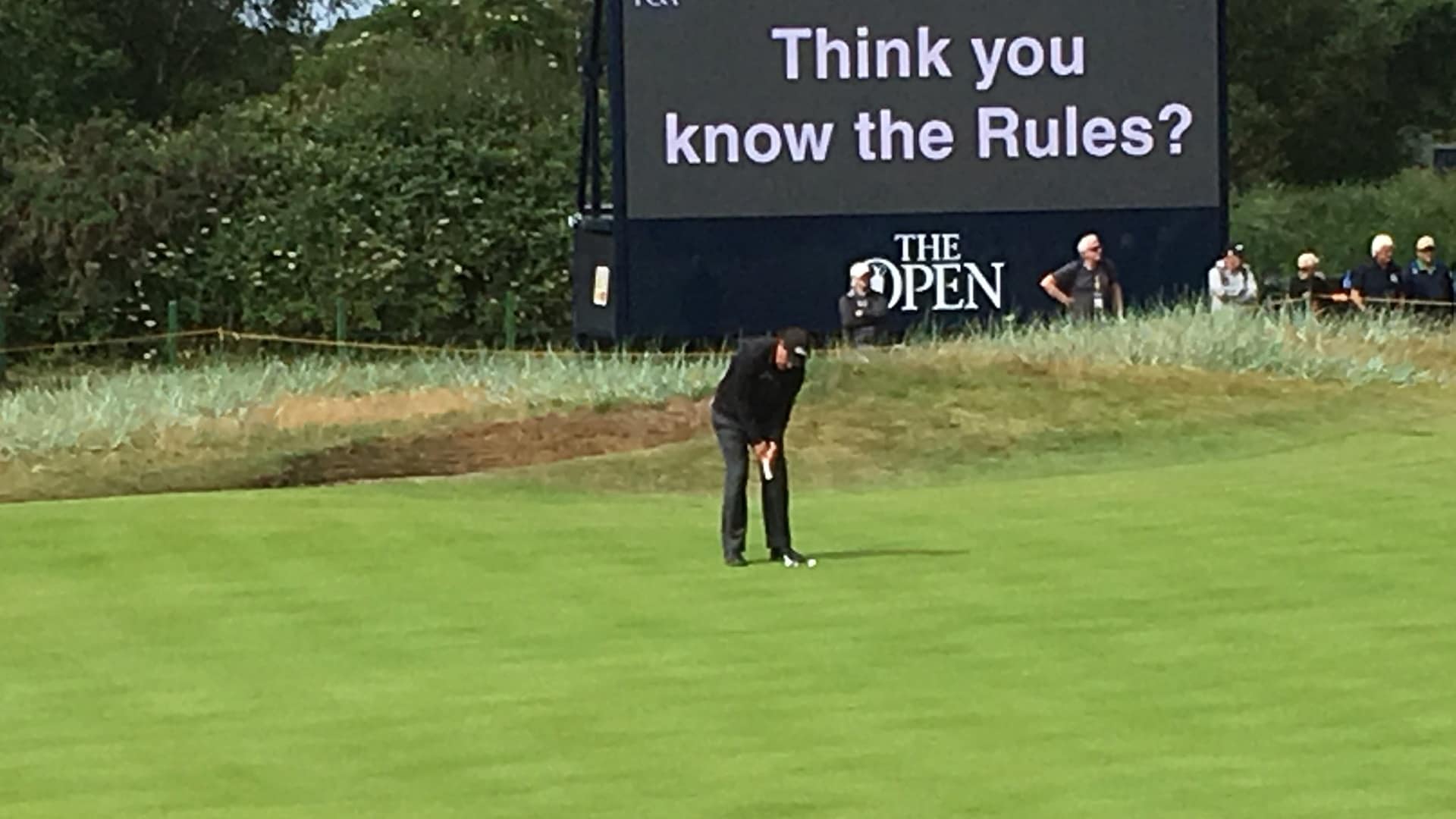 A picture is worth 1,000 words and potentially two strokes for playing a moving ball under Rule 14-5 but not Rule 1-2.

Phil Mickelson has been having some fun during his Open prep at Carnoustie hitting flop shots over human beings, but the irony of this photo below is too obvious to go over anyone's head.

Phil Mickleson practises for #TheOpen and as fate would have it, the scoreboard reminds him of his Shinnecock episode @BBCSport #bbcgolf @iaincartergolf pic.twitter.com/0GQQDdBXhw

Mickelson also tried tapping down fescue two weeks ago at The Greenbrier, incurring another two-shot penalty.

And so we're left to wonder about what Phil asked himself back at Shinnecock Hills: "The real question is, ‘What am I going to do next?’”