Moliwood romance extends to the bedroom 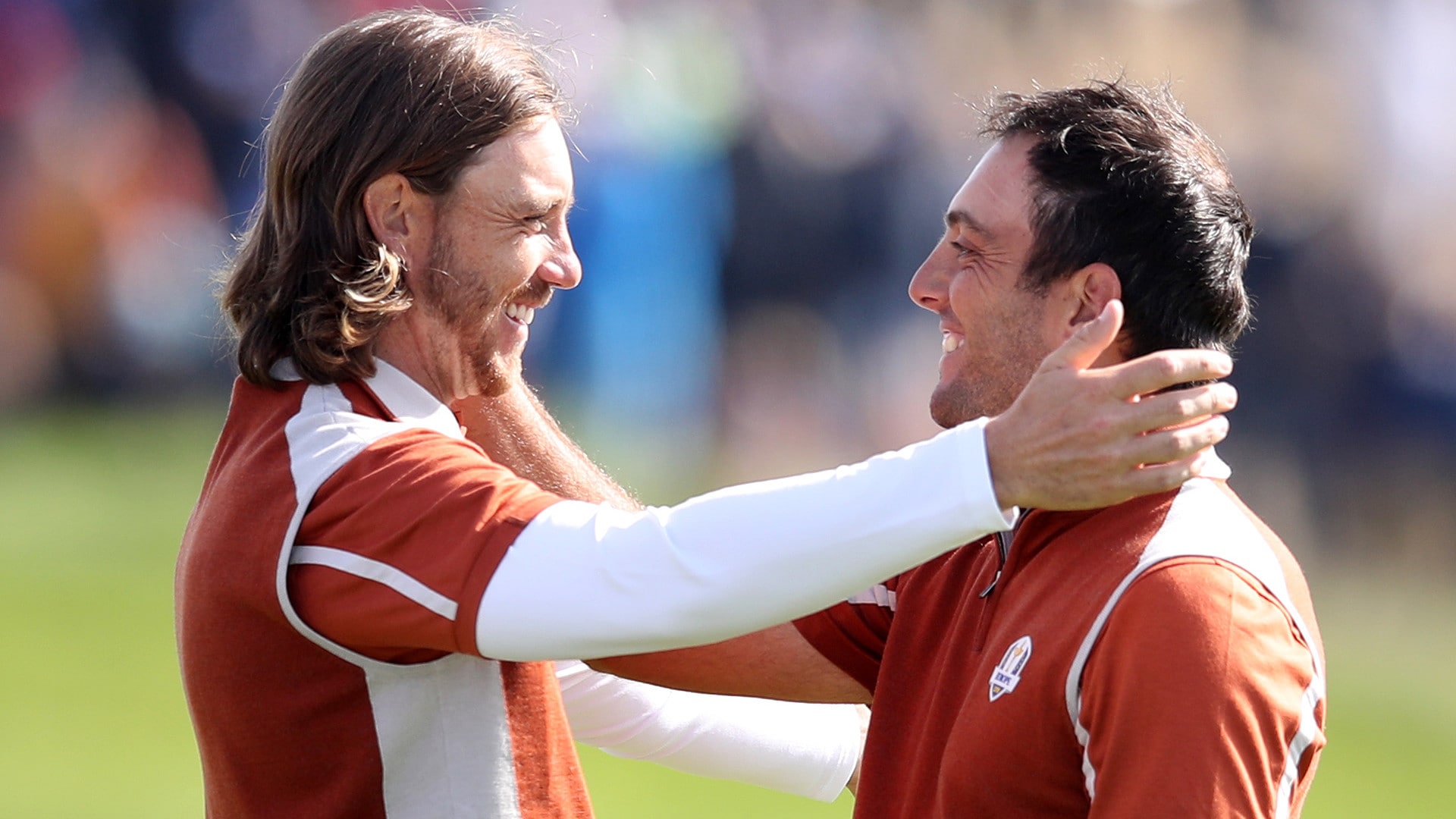 The Tommy Fleetwood-Francesco Molinari romance didn’t end after their final Saturday pairing at the Ryder Cup.

It extended into the Sunday news conference, where Molinari blew Fleetwood a kiss, and Fleetwood said he “felt so far away” from his 4-0 partner, seated on the opposite side of the team interview table.

And, apparently, it extended into the bedroom Monday morning.

The Ryder Cup Europe Twitter account sent out this brilliant video of the two in bed together, along with the Ryder Cup.

Tommy got 4 stars because he lost his singles match and went 4-1. Francesco got 5 as he became the first player in European history to go 5-0-0.

Count Nick Faldo and former Ryder Cup partner Colin Montgomerie as two who are glad they never were as successful together.

This is hilarious!.....I now thank every star in the Universe I only got 2.5 points with Monty!!! https://t.co/2Vjz3LLGEA