Rugby Golf is the latest hybrid sport to hit the links 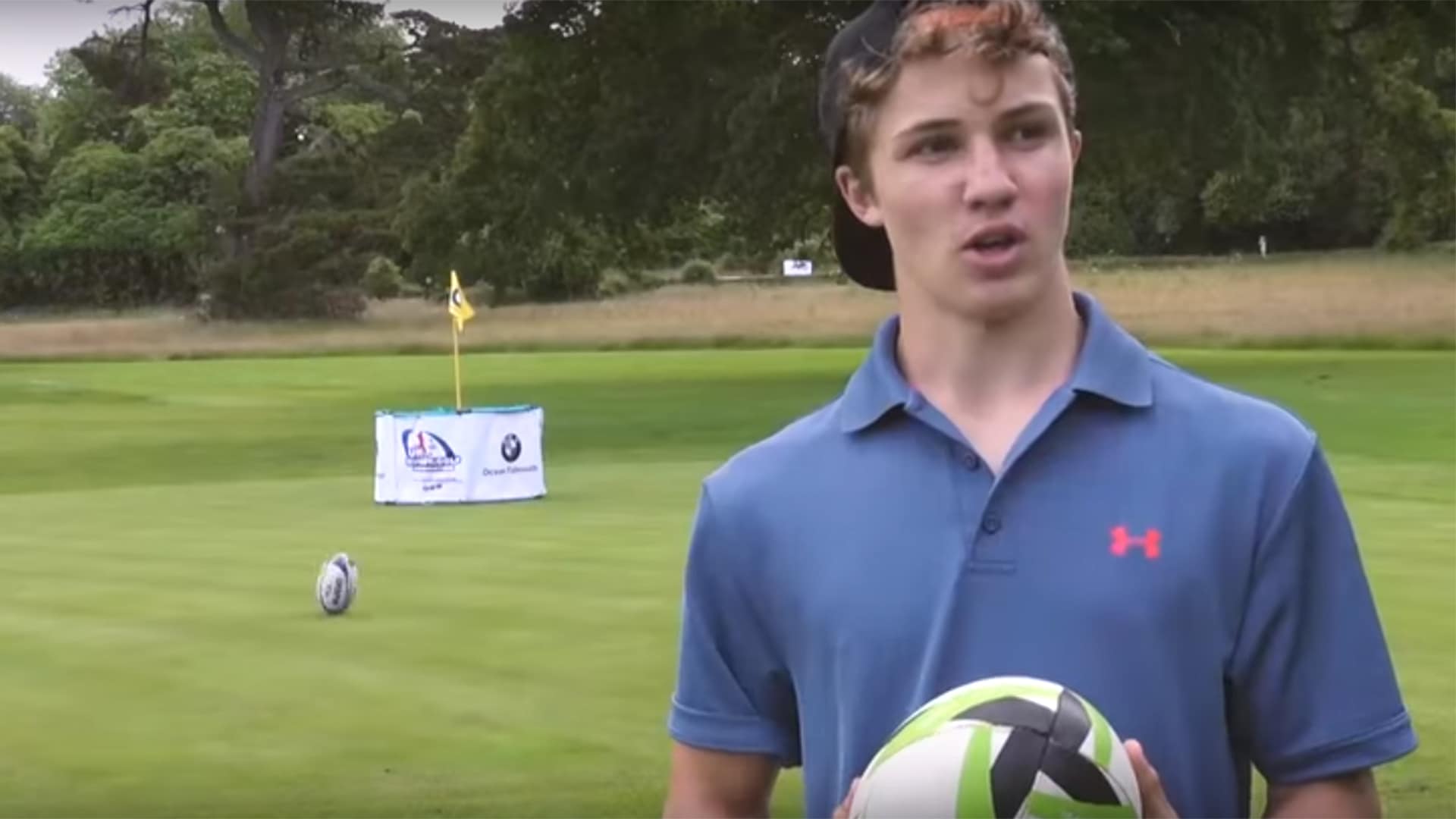 Golfers and rugby players, hold your breath, a new sport could be on the rise.

It’s a game that requires the lower body strength of rugby and the precision of golf. Any guess as to what it’s called?

Morphing two sports to create a type of hybrid isn’t a new concept. In fact, the first hybrid golf sport, FootGolf, made its debut in 2008.

For those unfamiliar, FootGolf combines soccer and golf. Players kick soccer balls down golf course fairways into a large cup in as few shots as possible. Courses vary from 9 to 18 holes and include golf elements such as bunkers, trees, water and hills.

Similar to FootGolf, Rugby Golf involves players punting rugby balls down fairways. When they get close enough to a hole they throw the ball into a designated net.

Although a seemingly new concept, this isn’t the first rugby/golf blend.

GolfCross was introduced in New Zealand in 1989 and requires players to use regular golf clubs to hit rugby-shaped balls into goals with suspended nets.

Rugby Golf aims to introduce more players to the game. And as rugby and golf return to the Olympics later this month, it may be the perfect time to put on some cleats and take up this new sport.