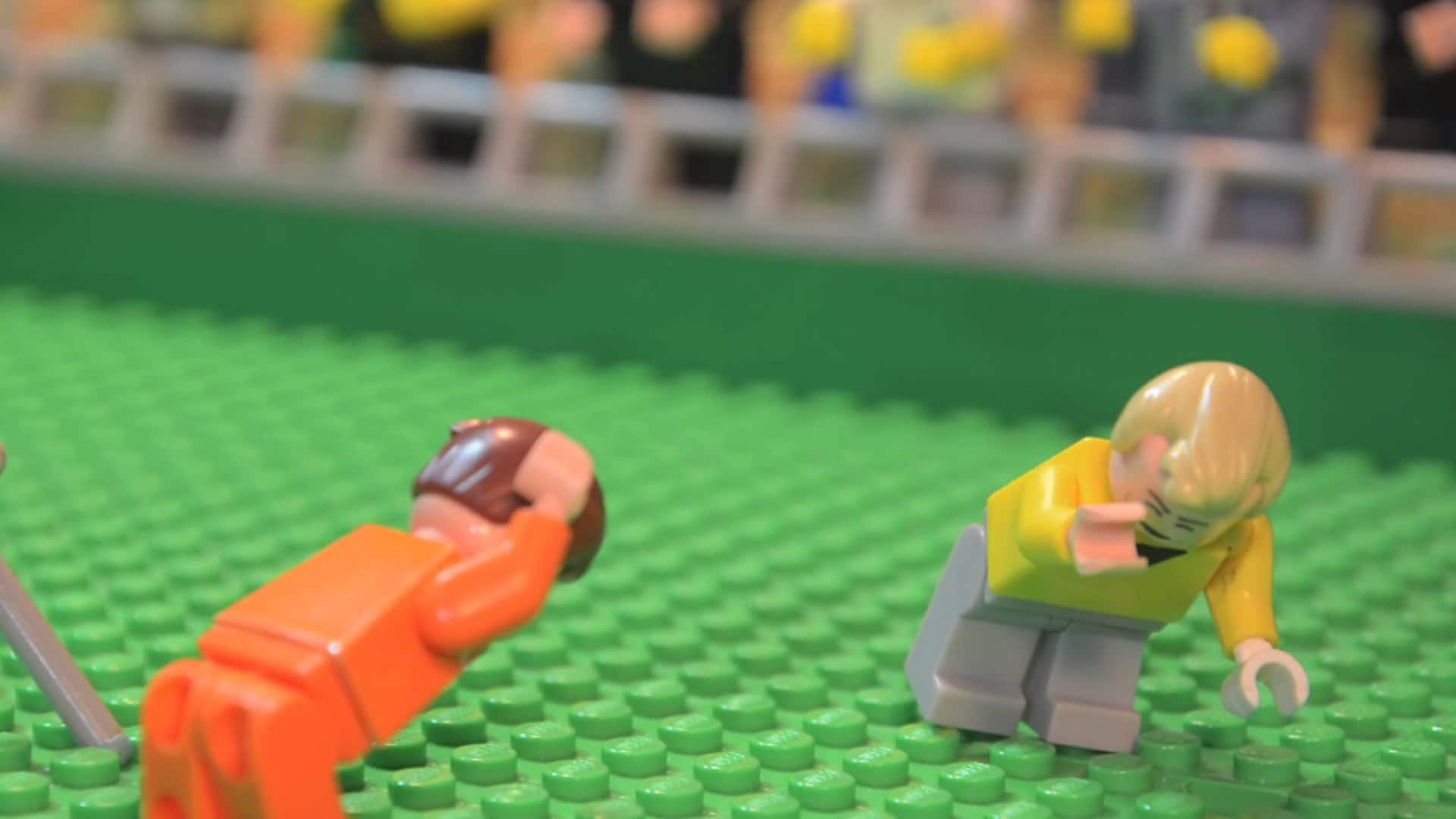 Jack Nicklaus won the 1970 Open at St. Andrews in a playoff over Doug Sanders. Sanders could have won the championship in regulation, but infamously missed a short putt on the final hole.

Nicklaus shot 72 to Sanders' 73 in the 18-hole extra session, making par on the 18th to secure his second claret jug. Upon making the putt, Nicklaus flung his putter in the air and nearly hit Sanders in the head.

Take a look at a Lego recreation above and check out the Sanders miss and Nicklaus make below: