Decade after Phoenix win, Kaye looking ahead instead of behind 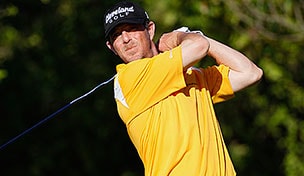 Getty Images
Camilo Villegas of Colombia putts on the first green during the first round of the 2015 Masters Tournament at Augusta National Golf Club on April 9, 2015 in Augusta, Georgia. (Photo by Jamie Squire/Getty Images)  -

SCOTTSDALE, Ariz. – This week marks the 10-year anniversary of Jonathan Kaye's second and last PGA Tour victory, a two-stroke triumph here in his adopted hometown that to him doesn’t seem so long ago.

Kaye won’t get much more sentimental than that, despite being far removed from a career that not only included those two wins, but 10 other top-three finishes and more than $10 million in earnings. He hasn’t teed it up since withdrawing after a first-round 75 at the Puerto Rico Open three years ago, the result of surgery on his right shoulder and a cartilage problem in his right foot.

He’s really not, though. At 43, he is the same age as the likes of Phil Mickelson and Jim Furyk, each of whom is still successfully plying his trade in the big leagues. That remains a goal for Kaye, who plans to compete in the Web.com Tour’s Panama Claro Championship in two months.

Not that he’s overly optimistic about his chances.

“I’m super rusty,” he admits. “I haven’t competed in almost three years. It takes a little while to get it back, you know? It’s a bit frustrating at times. You show some progress and suddenly you go backwards. It’s like learning how to play again.”

All of which stands to reason why the Colorado native and longtime Phoenix resident didn’t even bother to try and Monday qualify for this year’s edition of the Waste Management Phoenix Open, known a decade ago as the FBR Open when his name was engraved on the trophy.

In fact, Kaye doesn’t even identify himself as a professional golfer, choosing another vocation when asked what he does with his time.

“Dude, I’m a full-time dad,” he says of being there with his wife, Jennifer, for daughters Breeze, 8, and Ryelie, 6. “We’re up at 6 making breakfast, getting them cleaned up, getting them situated, then it’s on with my day. Then I’ve got to pick them up from school at 2:40, take them to tennis, violin, gymnastics, swimming, playdates. There are a lot of activities.”

It’s all a complete 180 from his playing days, when Kaye had a reputation as the PGA Tour’s bad boy.

He never fit into the cookie-cutter mold of professional golfer, the type who says and does all the right things so as to never ruffle any feathers. Even his Wikipedia page is largely devoted to a 2001 incident during which a tournament security guard wouldn’t allow him access without his identification badge, so he returned with it clipped to the zipper of his pants, resulting in what was reportedly a lengthy suspension.

Ask him whether that label was justified and Kaye professes neutrality.

“Frankly, I don’t care what anybody thinks of me,” he maintains. “Anytime you’re a little bit different, you stand out. People take notice of that. I don’t know if I was good or bad, but I always respected everybody I played with.”

Even with that incident on his permanent record, along with several other figurative scrapes and dustups on the course, Kaye contends that he only has one regret.

“My regret would be not working on my putting more,” he explains. "That prolongs your career. If I make putts, I’m out there. I mean, every guy who plays on Tour, if they putt well, they’re going to do well.”

There’s still time. Despite only playing “two, three, four times a week – wherever my buddies want to play or wherever the game is,” Kaye has some additional motivation.

He wants to show the two little girls he drops off at school and picks up in the afternoon and takes to all of those various activities that he has another job, too.

“My youngest doesn’t really remember me playing, but my oldest does,” he says. “It would be nice to make an impression, make a move in my game so they can remember it. We’ll see how it goes this year.”

Kaye is looking ahead instead of behind. He doesn’t think much about that victorious week here 10 years ago, a week when he topped a leaderboard consisting of recent major champions Vijay Singh, Retief Goosen and Mike Weir, plus Mickelson and Sergio Garcia. He recalls putting well during those rounds of 65-68-66-67, but that’s about it, really.

So don’t expect any sentimental gestures from him this week. Don’t assume he’ll spend any time reliving the glory days or reveling in nostalgia.

After all, it doesn’t seem like so long ago anyway. Not until he actually gives it some thought.

Could Woods, Super Bowl cause a WMPO sell out?

Not long after Tiger Woods broke the news that he’d be opening up his 2015 campaign with a return to Phoenix, a pertinent question was asked. 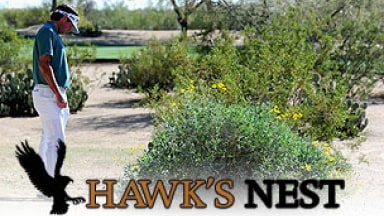 Bubba Watson's free relief from a burrowing-animal hole is one of the most questionable recent decisions. Here are others. 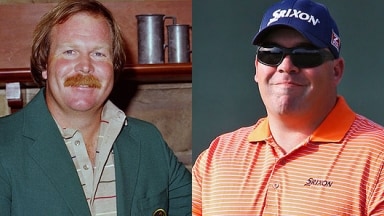 1982 Masters champ Craig Stadler will finally be joined by his son at Augusta after Kevin earned his first Tour win Sunday.