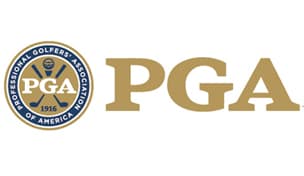 On March 16, 1988, Porter-King saved a 3-year-old Smucker’s life and his father found Jonathan floating unconscious in a swimming pool in Phoenix. His father pulled his son out of the pool and then Porter-King, who was playing in an LPGA event qualifier on the golf course adjacent to the house, got a boost over the fence and then performed mouth-to-mouth on Jonathan which saved his life. Porter-King then returned to golf course where she did not qualify for the LPGA Tour event but received an exemption into the event from the LPGA Commissioner. Porter-King saw the events at the pool only because she hit an errant shot at just the right moment.

Jonathan only found out today that Porter-King did not know CPR but at that moment, she did what she saw on television. She did not know about what to do with the tongue or the nose but she breathed into him and got him breathing although his heart was not beating. She actually slugged the young Jonathan in the chest which got his heart going again.

Porter-King was honored last night at the PGA Merchandise Show with the First Lady of Golf award. She has been very active in her support of junior golf in Hawaii and she is involved with Golf 2.0. She is very happy to see the PGA of America get involved with such an initiative that focuses on bringing more women and children to the game. Children are the future of the game and as a traditionalist, she believes that all of the traditions and the rules need to be taught to these kids and it is great to see the PGA of America get behind this effort.

Growing up Amish, he did not have a lot of access to ways to keep in touch with Porter-King but as he got older, they kept in touch on Facebook and they actually attended the same Boston Red Sox game at Fenway Park once without knowing it. He wishes he had gotten in touch with her earlier but he is happy that they have contact now.