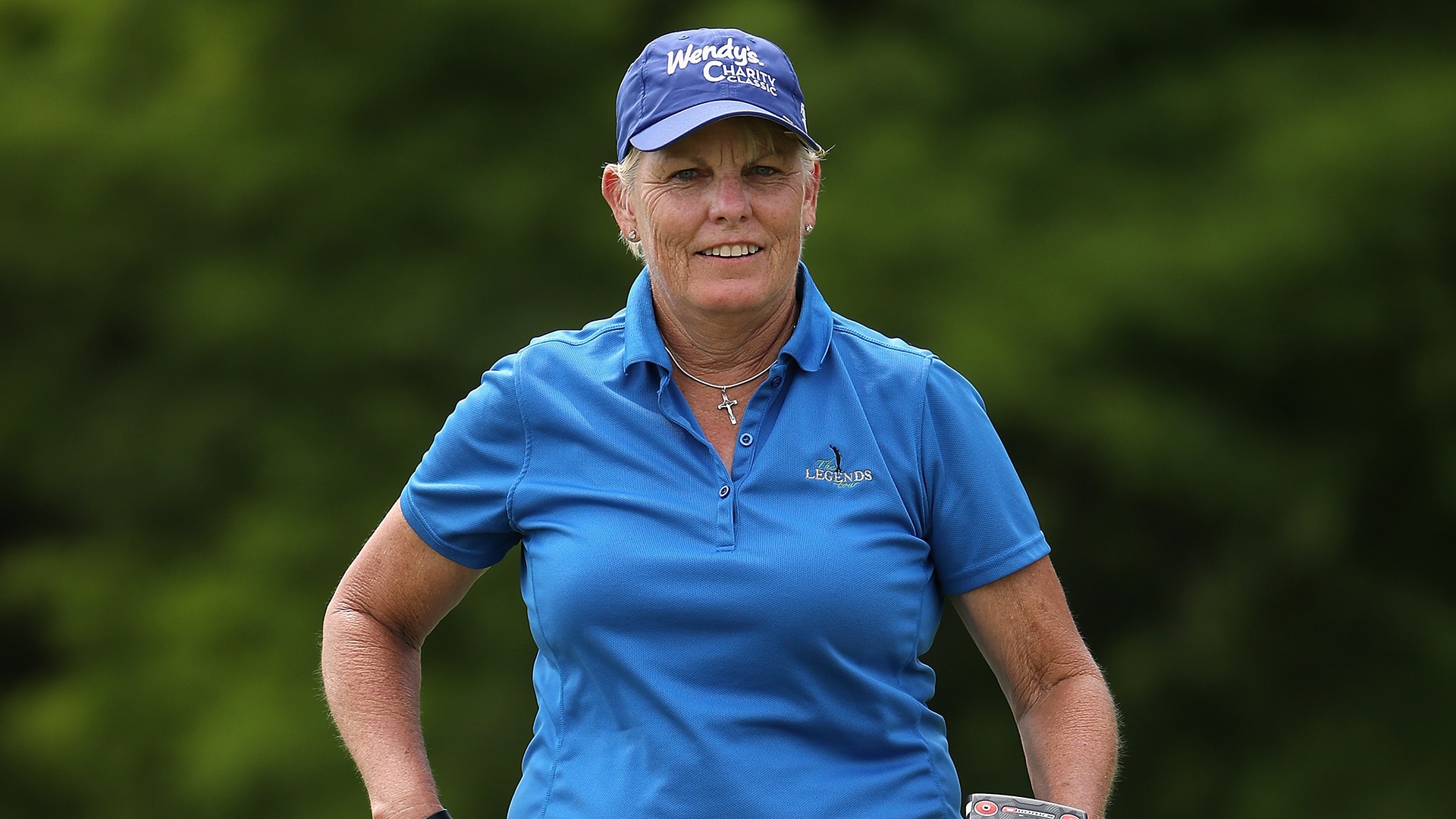 They turned back the clock to some of the golden eras in women’s golf Thursday at Chicago Golf Club.

First up at the inaugural U.S. Senior Women’s Open, Hall of Famer JoAnne Carner made her peers proud. The 79-year-old striped the first tee shot to open the event.

For fans who saw her win as “Big Mama” in the ‘60s, ‘70s and ‘80s, Carner’s return made for an emotional start to the first rendition of this special event. She shot her age to lead a parade of grateful women relishing a chance to win, or just compete in, another USGA event.

“This is a who’s who field of women’s golf,” USGA executive director Mike Davis said at the gala dinner earlier in the week. “Instead of calling it the U.S. Senior Women’s Open, let’s call it 'The About Time Senior Women's Open.'”

Hall of Famer Nancy Lopez couldn’t play after undergoing knee replacement surgery, but she was on the first tee at day’s start. She introduced players as the ceremonial starter.

“It means a lot, because as I've said all along, the USGA has been the custodians of golf,” Stacy said. “They've done a great job, and they want to do what's right. Having a Senior Women's Open is the right thing to do, and they did it in such a first-class way, coming to Chicago Golf Club and making it first class.”

Laura Davies and Juli Inkster, favorites to win the event, moved into early contention, but Elaine Crosby topped the leaderboard at day’s end.

A two-time LPGA winner, Crosby opened with a 3-under-par 70. She plays the LPGA Legends Tour, but she had to play her way into the U.S. Senior Women’s Open. She earned a spot in one of the 17 sectional qualifiers staged around the country.

“I wasn't exempt, but I think that made me work even harder to make sure I played well enough to get here, because it's history for women's golf,” said Crosby, 60. “We've worked really hard.

“I've been involved with the Legends Tour a lot, trying to help grow that, and I think this can really help. ... I think this is just awesome, and they've treated us very well here, and what a great venue to come to for our inaugural.”

Davies, 54, eagled the 18th hole to open with a 71, leaving her tied for second with Liselotte Neumann, the 1988 U.S. Women’s Open champ, and Trish Johnson, a three-time LPGA winner and 19-time LET winner.

Davies said playing alongside Neumann and Inkster made this first event even more memorable.

“Two of my best friends on tour, really,” Davies said. “I was just saying I've known Lotte for 37 years. We played junior golf together, and, Juli, since I turned pro she's been out here. So it's two constants in my career.”

While players have been talking about how the week feels like a reunion, Inkster captured just how competitive these players remain.

“I hit the ball like crap,” Inkster said. “I've been hitting the ball so good, and I drove the bad really bad today. I played defensive all day.

Helen Alfredsson, a seven-time LPGA winner, is just two shots off the lead.

That seemed to be the theme among a field grateful for the new opportunity this event brings to women’s golf.