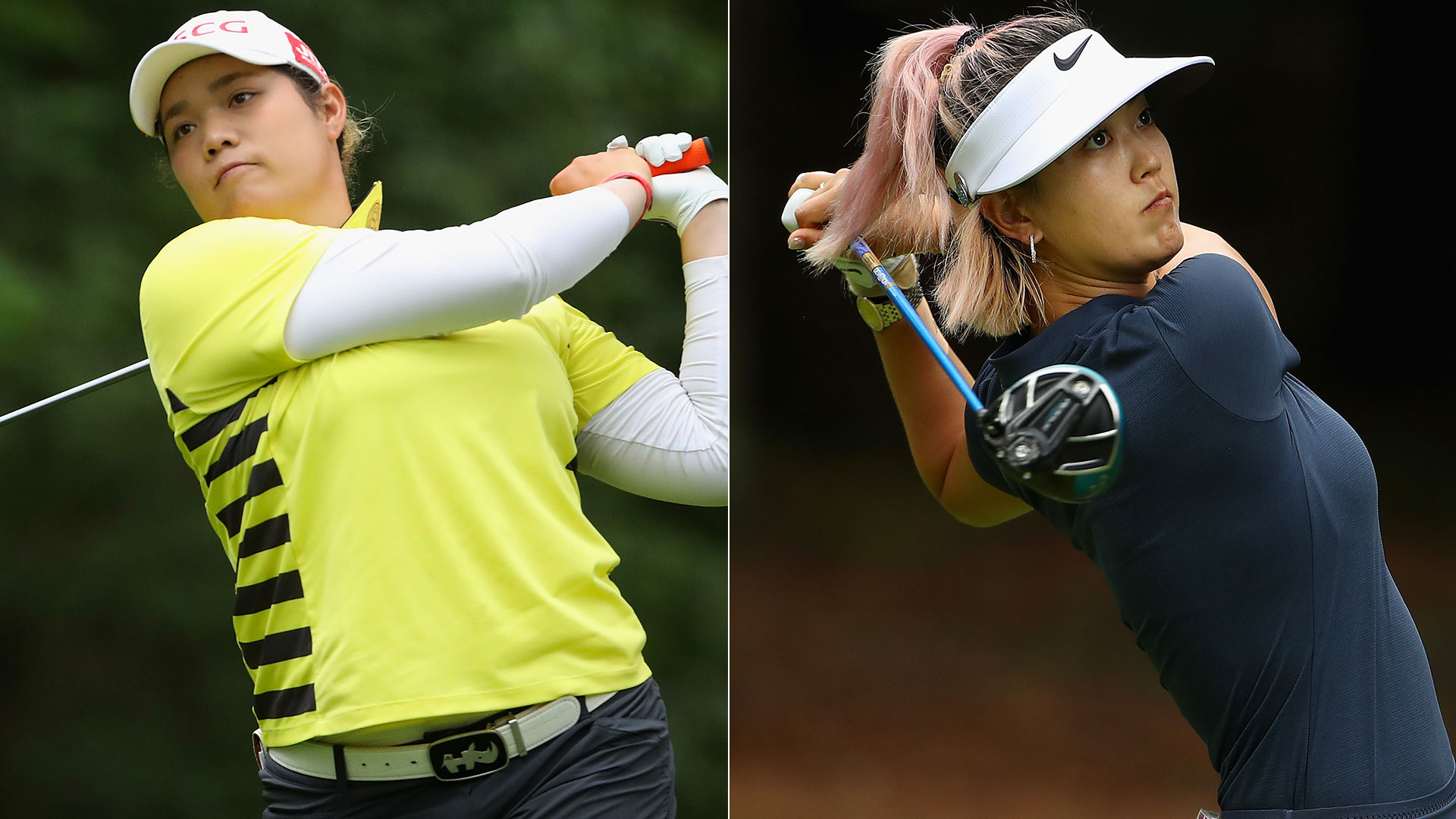 BIRMINGHAM, Ala. – Ariya Jutanugarn’s golf clubs didn’t arrive on the plane with her when she landed in Birmingham Monday for the U.S. Women’s Open.

Knowing a tropical storm was on its way, that practice rounds would be limited, she should have been anxious, frustrated and maybe a little angry, right?

Michelle Wie got in some work Monday, but like Jutanugarn didn’t fret when Tuesday’s heavy rains closed the course to practice rounds. She didn’t even bother coming out when the driving range opened in the afternoon.

“I kind of completely took an off day,” Wie said. “That was actually quite nice.”

With all the angst that built in the uncertainty that so little preparation created for so many players at Shoal Creek, Jutanugarn and Wie seemed to relish the extra time off to rest up for the hard work ahead.

These big hitters positioned themselves early to make runs at winning their second major championships.

Jutanugarn opened with a 5-under-par 67, taking a share of the lead with Sarah Jane Smith and Jeongeun6 Lee.

They were among just six players to post rounds in the 60s.

“So much fun today,” Jutanugarn said.

And she wasn’t alone.

Wie also used the word “fun” to describe her round.

The U.S. Women’s Open is supposed to be a grind, from devising a plan in practice rounds to executing the plan under the most intense pressure in the women’s game.

Jutanugarn and Wie tore up the script in the first round.

The soggy terrain, the mud and all the ground under repair didn’t stop them from trying to build on the winning momentum they’ve created this year.

Jutanugarn is coming off a victory two weeks ago at the Kingsmill Championship, the eighth LPGA title of her career.

Wie won the HSBC Women’s World Championship in March, the fifth of her career.

“My game has been improving, I feel like every week, because I work so hard with my short game,” Jutanugarn said.

“I hit 2-iron maybe twice off the tee,” Jutanugarn said.

Jutanugarn moved into a share of the lead despite playing just a single nine-hole practice round. She did that Wednesday.

Jutanugarn relied even more heavily than usual on her caddie, Les Luark, as her guide.

Like Jutanugarn, Wie could turn a good year into a great one this week. Wie’s putting continues to be a strength. She took just 26 putts in the first round. She is so comfortable with her stroke, she said she isn’t sure what grip she’s using this week.

She was kidding, we think.

“I have to think about it, I don’t know,” she said. “Left-hand low, I think. At one point, I was putting with five different grips. I pretty much can do anything.”