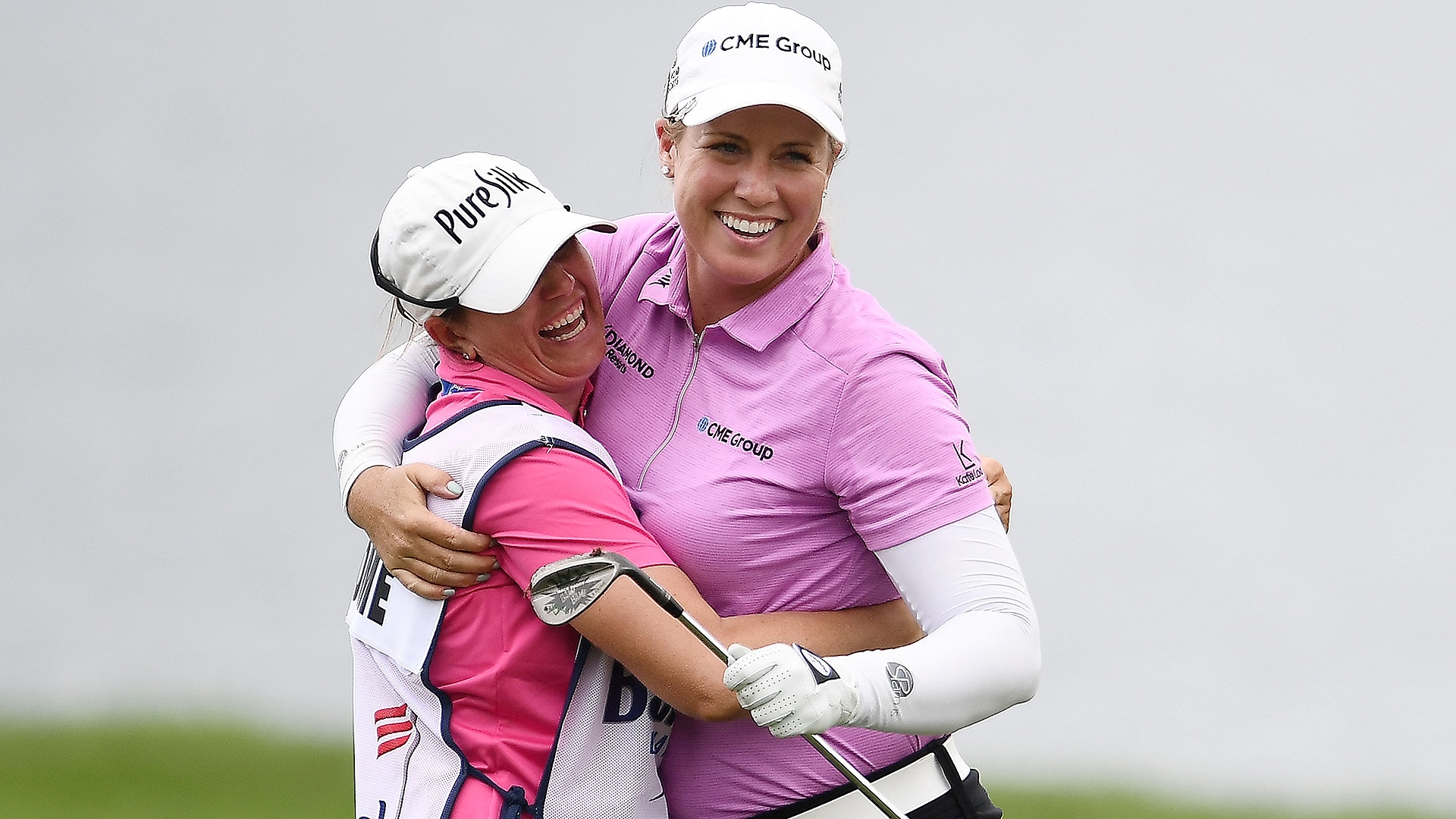 Brittany Lincicome charmed curious spectators and signed a bunch of autographs Saturday at the Barbasol Championship, but she was more than a good LPGA ambassador finishing the suspended second round.

She put on a show at Keene Trace in Nicholasville, Ky.

“I’ll remember this forever,” she said.

Lincicome made five birdies, three in a row, and she holed out for eagle to help offset six bogeys in a more than respectable round of 1-under-par 71.

At 5-over 149, she missed the cut by nine shots, but that won’t be what she remembers most from the week.

“All in all, it was a great week,” Lincicome said. “I enjoyed every minute of it.

“Just being inside the ropes with the guys, hitting on the range, on the putting green . . . I feel like I'm at home here. The guys just made me feel so comfortable.”

Lincicome, 32, hopes the excitement she brought as the sixth woman to compete in a PGA Tour event will help the PGA Tour and LPGA find opportunities to get together for a joint event, or a mixed event.

“Maybe I can keep pushing in that direction, and we'll get another one,” Lincicome said.

After rain postponed her round Friday, Lincicome came back strong on Saturday. Her 71 was seven shots better than her opening round.

“Just super honored to be here,” Lincicome said. “Obviously, would've hoped for less bogeys, but to make five birdies and an eagle, that was cool.”

Lincicome made birdies at the sixth, seventh and eighth holes. That got her playing partners, Conrad Shindler and Sam Ryder, wondering aloud if there was some history in that.

“We don't know if there's ever been an LPGA player playing in a men's event have three birdies in a row,” Lincicome said.

Lincicome holed out a gap wedge from 110 yards for eagle at the 17th.

“The highlight of my day,” she said.

Lincicome was tied for fourth in driving accuracy for the week, hitting 22 of 28 fairways. She wasn’t the shortest hitter, either. She was 124th in driving distance for all holes, averaging 256 yards per drive. She didn’t finish last, either, finishing ahead of three players who posted 36-hole scores. Her biggest challenge was hitting greens, with the course playing about 600 yards longer than the average LPGA course. With longer irons into greens than she is accustomed, Lincicome hit just 16 of 36 greens in regulation.

Lincicome achieved her goals, however. She “had a blast,” felt like she won some new fans for the LPGA and connected with PGA Tour pros in a way she hopes will lead to more mixed tour experiences.

She also learned some things she hopes makes her a better player.

“Learning how to calm my nerves, and learning about myself,” Lincicome said. “This is obviously a much bigger stage, or different stage, than I'm used to.

“With a major coming up [the Ricoh Women’s British Open], hopefully that first tee shot, I won't be as nervous. I've learned to kind of play through the nerves this week, which is great.

“This week has taught me a lot.”