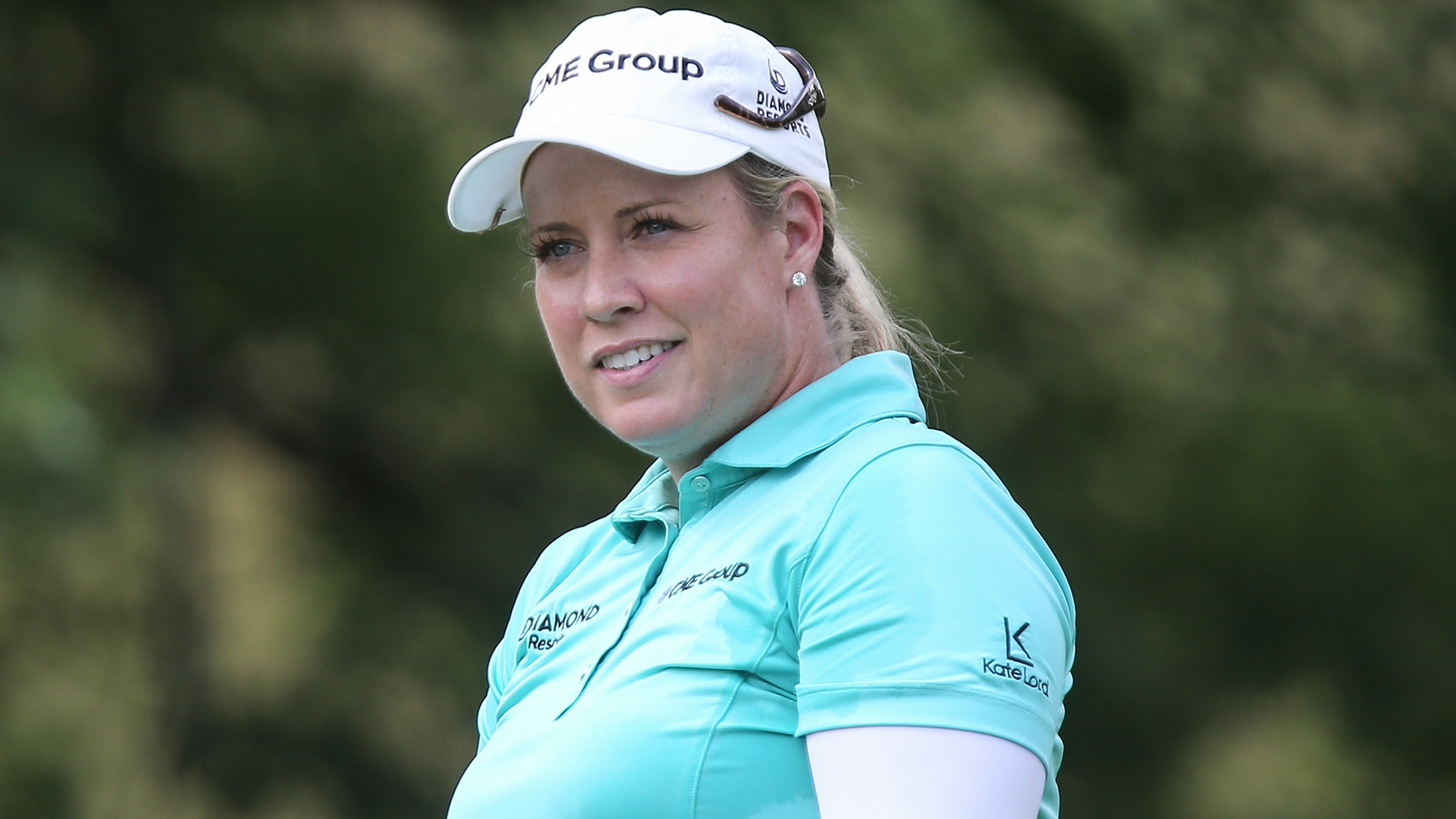 Brittany Lincicome wondered how PGA Tour pros would greet her when she arrived to play the Barbasol Championship this week.

She wondered if there would be resentment.

She also wondered how fans at Keene Trace Golf Club in Nicholasville, Ky., would receive her, and if a social media mob would take up pitchforks.

“I can’t stop smiling,” Lincicome said Tuesday after her first practice round upon arriving. “Everyone has been coming up to me and wishing me luck. That means a lot.”

Other pros sought her out on the practice putting green.

She said she was also welcomed joining pros at a table in player dining.

Fans have been stopping her for autographs.

“It has been an awesome reception,” said Dewald Gouws, her husband, a former long-drive competitor. “I think it’s put her much more at ease, seeing the reception she is getting. There’s a lot of mutual respect.”

Lincicome, 32, wasn’t sure if she would be playing a practice round alone Tuesday morning, but when she made her way to the first tee, Domenico Geminiani was there, just about to go off.

He waved Lincicome over.

Geminiani made it into the field as a Monday qualifier.

“The two of us were both trying to figure things out together,” Lincicome said.

Keene Trace will play to 7,328 yards on the scorecard. That’s more than 800 yards longer than Highland Meadows, where Lincicome finished second at the LPGA’s Marathon Classic last weekend. Keene Trace was playing even longer than its listed yardage Tuesday, with recent rains softening it.

Nicknamed “Bam Bam,” Lincicome is one of the longest hitters in the women’s game. Her 269.5 yard average drive is 10th in the LPGA ranks. It would likely be dead last on the PGA Tour, where Brian Stuard (278.2) is the last player on the stats list at No. 201.

“I think if I keep it in the fairway, I’ll be all right,” Lincicome said.

Lincicome is an eight-time LPGA winner, with two major championships among those titles. She is just the sixth woman to compete in a PGA Tour event, the first in a decade, since Michelle Wie played the Reno-Tahoe Open, the last of her eight starts against the men.

Zaharias, by the way, is the only woman to make a 36-hole cut in PGA Tour history, making it at the 1945 L.A. Open before missing a 54-hole cut on the weekend.

“Just going to roll with it and see what happens,” she said. “This is once in a lifetime, probably a one-and-done opportunity. I’m just going to enjoy it.”

Lincicome grew up playing for the boys’ golf team at Seminole High on the west coast of Florida. She won a couple city championships.

“I always thought it would be cool to compete against the guys on the PGA Tour,” Lincicome said. “I tend to play more with the guys than women at home. I never would have gone out and told my agent, `Let’s go try to play in a PGA Tour event,’ but when Tom Murray called with this opportunity, I was really blown away and excited by it. I never in a million years thought I would have this opportunity.”

Tom Murray, the president of Perio, the parent company of Barbasol and Pure Silk, invited Lincicome to accept one of the tournament’s sponsor exemptions. Lincicome represents Pure Silk.

Lincicome said her desire to play a PGA Tour event is all about satisfying her curiosity, wanting to know how she would stack up at this level. She also wants to see if the experience can help take her to the next level in the women’s game.

As a girl growing up, she played Little League with the boys, instead of softball with the girls. She said playing the boys in golf at Seminole High helped her get where she is today.

“The guys were better, and it pushed me to want to be better,” Lincicome said. “I think playing with the guys [on the PGA Tour], I will learn something to take to LPGA events, and it will help my game, for sure.”

Lincicome has been pleased that her fellow LPGA pros are so supportive. LPGA winner Kris Tamulis is flying into Kentucky as moral support. Other LPGA pros may also be coming in to support her.

The warm fan reception Lincicome is already getting at Keene Trace matters, too.

“She’s already picked up some new fans this week, and hopefully she will pick up some more,” Gouws said. “I don’t think she’s putting too much expectation on herself. I think she really does just want to have fun.”