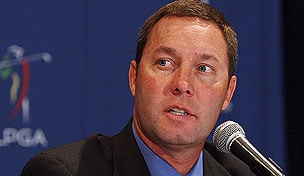 With a favorable new wind in its favor, the LPGA’s sails are freshening with positive momentum going into the 2012 season.

The new schedule released Tuesday brought that kind of promise with it.

The LPGA will play 27 official money events this season, four more than last year. There are five events on the ’12 schedule that weren’t there last season, four of them in the United States or Canada, including the Kingsmill Championship. Tour pros will play for $47 million in total purse money this year, up from $40.4 million last year.

While the new schedule shows four more playing opportunities, there are actually five new cash-checking opportunities with the RR Donnelley Founders Cup featuring a $1.5 million purse this year that players get to keep. Last year, the entire Founders Cup purse was donated to charities as tour pros basically played for free.

The other good news for LPGA’s rank and file is that all of the events added this year qualify as full-field events.

The season will begin at the newly LPGA-sanctioned ISPS Handa Women’s Australian Open at Royal Melbourne Feb. 9-12 and end at the CME Group Titleholders in Naples, Fla., Nov. 15-18.

The new schedule reflects some hard work in tough economic times for two-year LPGA commissioner Mike Whan. With a recession combining with business relationships gone sour under the previous commissioner’s regime, the LPGA faced a hard setback after a healthy run in 2008. The tour featured 34 events, 23 domestic, with a record $60 million purse, in ‘08. By last year, the schedule had slowed to a wheeze, with just 23 events, 13 of them domestic.

“We’re going in the right direction, and the best news is that I don’t think we are done yet,” Whan told GolfChannel.com. “It is fun announcing this schedule, but it’s more exciting to me knowing there is more just around the corner.”

Whan said it’s possible a 28th event could still be added to this year’s schedule.

“There is at least one more new event people will be talking about very soon,” he said.

That doesn’t include the ambitious new Olympic style event Whan is working on, an idea he wanted to implement this year but isn’t quite ready. He said it’s still very much in the works for future schedules.

“It’s good we’re getting opportunities to play four more events, and with the purse now at the Founders Cup, it does feel like it’s five more events,” said Stacy Lewis, winner of last year’s Kraft Nabisco. “It’s good, because when last year ended, players were frustrated there weren’t more events to play.”

Whan said when the LPGA released its 2011 schedule a year ago, it included events the tour was still working to complete. Though the Tres Marias Championship in Mexico and the Imperial Springs event in China were on the 2011 schedule, they were never played and their status remains in doubt. Whan said this year’s schedule is fundamentally solid and does not include a significant number of events still in the works for future schedules.

“Our incubator feels pretty full,” Whan said. “That’s what I think is most exciting about 2012, the momentum we are creating.”

The tour’s return to Kingsmill is big news for veterans who knew the former stop in Williamsburg, Va., as among the tour’s most popular before the Michelob Ultra Open folded three years ago. The season-opening ISPS Handa Women’s Australian Open, the Manulife Financial LPGA Classic in Canada and the LPGA Lotte Championship Presented by J Golf in Hawaii are also new to the ’12 schedule. The Jamie Farr Owens Corning Classic is returning after a year’s hiatus.

“Going back to Kingsmill, to Jamie Farr, getting those LPGA staples back on the schedule, that’s what we need to do,” Lewis said. “I think we’re moving in the right direction.”

The only event played in 2011 that won’t return is the State Farm Classic.

“It feels like momentum is going in the right direction,” Hall of Famer Juli Inkster said. “I see things going forward now instead of backwards. And it’s great that we’re adding American events. I know we are a global tour, but I think it’s important with a U.S. fan base that we add domestic tournaments.”

Whan is still working on filling gaps in the schedule. On that note, the tour won’t have any three week gaps in this year’s schedule, as it did last year. Still, there are four two-week gaps, the longest breaks between events this season.

“It’s something we still need to address,” he said.

Whan’s fingerprints are all over the schedule. The CME Group Titleholders, his creation as a celebration of the tour’s sponsorship partners in a season-ending event, moves to a new home at TwinEagles Golf Club in Naples this year. The RR Donnelley Founders Cup will continue to honor the tour’s pioneers and contribute substantially to charities. The Evian Masters will become the LPGA’s fifth major in 2013. Whan’s Olympic-style event remains a work in progress.

“When we get all this right, and we start to click, you’ll see us continue to bring in people who left us in the past and new people you didn’t think even knew about us,” Whan said. 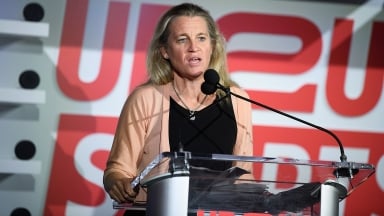 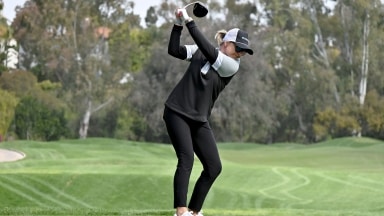