Phatlum, Hall, Ryu all have something to prove at Lytham 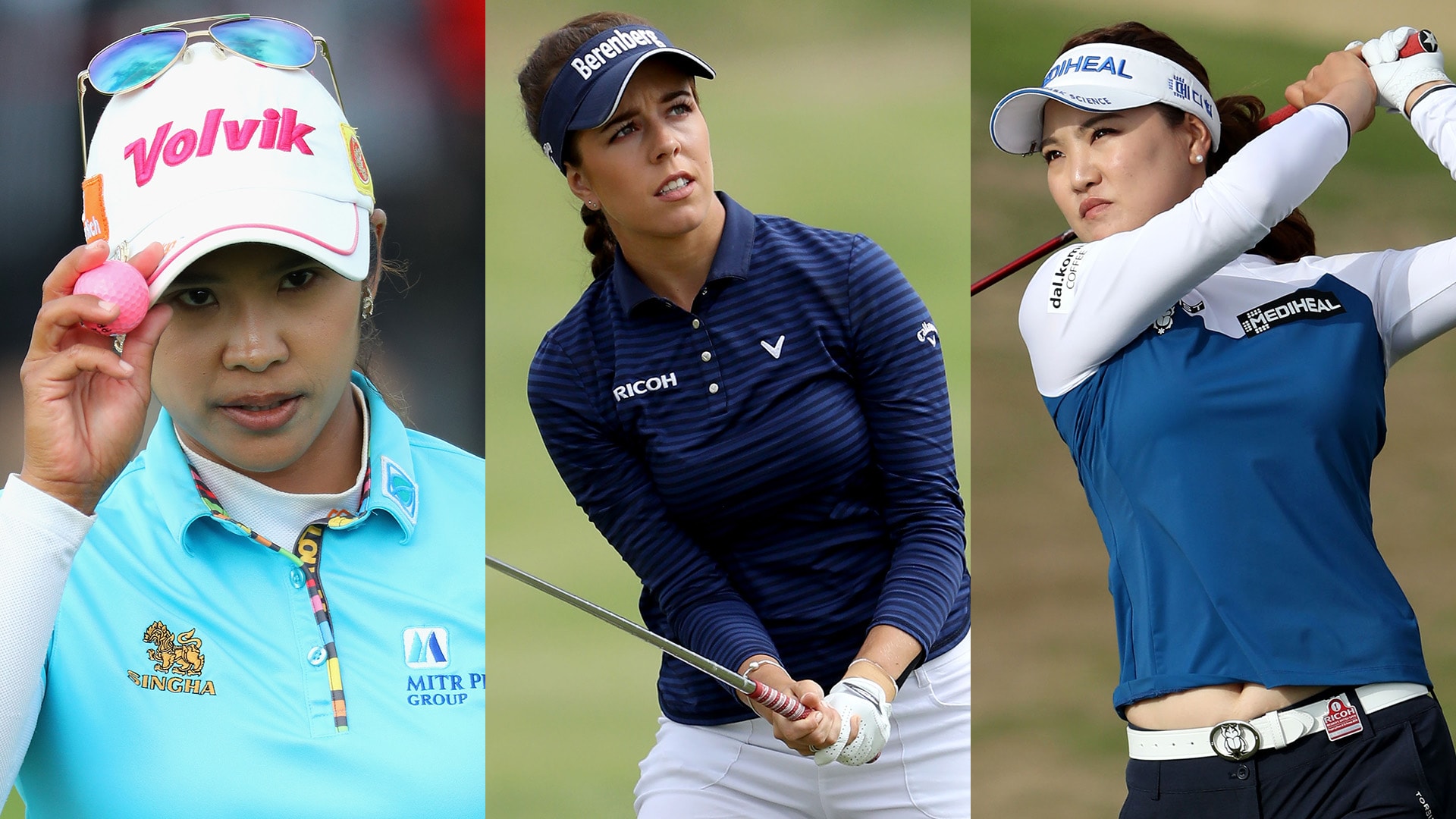 LYTHAM ST. ANNES, England – Pornanong Phatlum is looking to help Thailand shake up the world order in women’s golf by singing her way to victory.

Georgia Hall is looking to give her English homeland a heartwarming Sunday to remember.

So Yeon Ryu is looking to continue South Korea’s domination.

The stage is set for a stirring finish to the Ricoh Women’s British Open at Royal Lytham & St. Annes.

Phatlum didn’t flinch holding on to her lead Saturday, posting a steady 3-under-par 69.

“I just keep singing,” Phatlum said. “Make me, like, calm down, not get too much nervous.”

What is she singing?

If Phatlum, 28, wins, she’ll make her first LPGA title a major championship and become the fourth different Thai player to win on tour this year. She was once again among the most solid ball strikers in the third round, though she put her first bogey on a scorecard this week. She couldn’t get up and down to save par at the 12th, ending her run of 47 holes without a bogey.

Hall, 22, is stirring the hearts of Brits as she seeks to become just the fourth Englishwoman to win a major, the first since Karen Stupples won the Women’s British Open at Sunningdale 14 years ago. She’s an LPGA rookie seeking her first victory on tour.

Hall’s father, Wayne, a plasterer by trade, is on her bag as caddie this week. Her mother, Sam, is walking in the gallery.

“It was so nice to see so many people supporting me, just hundreds and hundreds of people all cheering my name,” Hall said. “It was so nice to have that backing behind me. Hopefully, I can give them something to cheer about tomorrow.”

At day’s end, Hall gave all those supporters one last highlight to cheer about. She hit a 5-iron to 8 feet at the last and holed it for birdie to move one shot off the lead.

“That will make dinner taste a little nicer,” Hall said.

Ryu, 28, moved into position to bounce back from a playoff loss at the KPMG Women’s PGA Championship last month and win her third major championship. After stumbling with a pair of bogeys over her first four holes, Ryu bounced back with four birdies in a row.

“Even though I started out having a rough start, my attitude was really, really great playing this golf course today,” Ryu said. “I never looked back. I just kept focused. I'm very pleased with my attitude out there.”

Ryu will move back to Rolex world No. 1 with a victory, and can even do so with a second place finish, depending on what current No. 1 Ariya Jutanugarn and Sung Hyun Park do.

The work Ryu has done since overhauling her swing with coach Cameron McCormick almost three years ago has paid off with a second major championship (the 2017 ANA Inspiration), a Rolex Player Player of the Year Award (shared with Park last year) and a reign at world No. 1 last season.

The work seems to be especially useful this week, with Ryu saying McCormick helped her learn to work the ball with a variety of shot shapes and trajectories. He’s also added shots to her short game.

“He’s just seeing those different ways to play,” Ryu said. “That definitely helped me out, having better creativity.”

Ryu will need more of that trying to win the third leg of the career Grand Slam.