Randall's Rant: Too much Tiger for his own good? 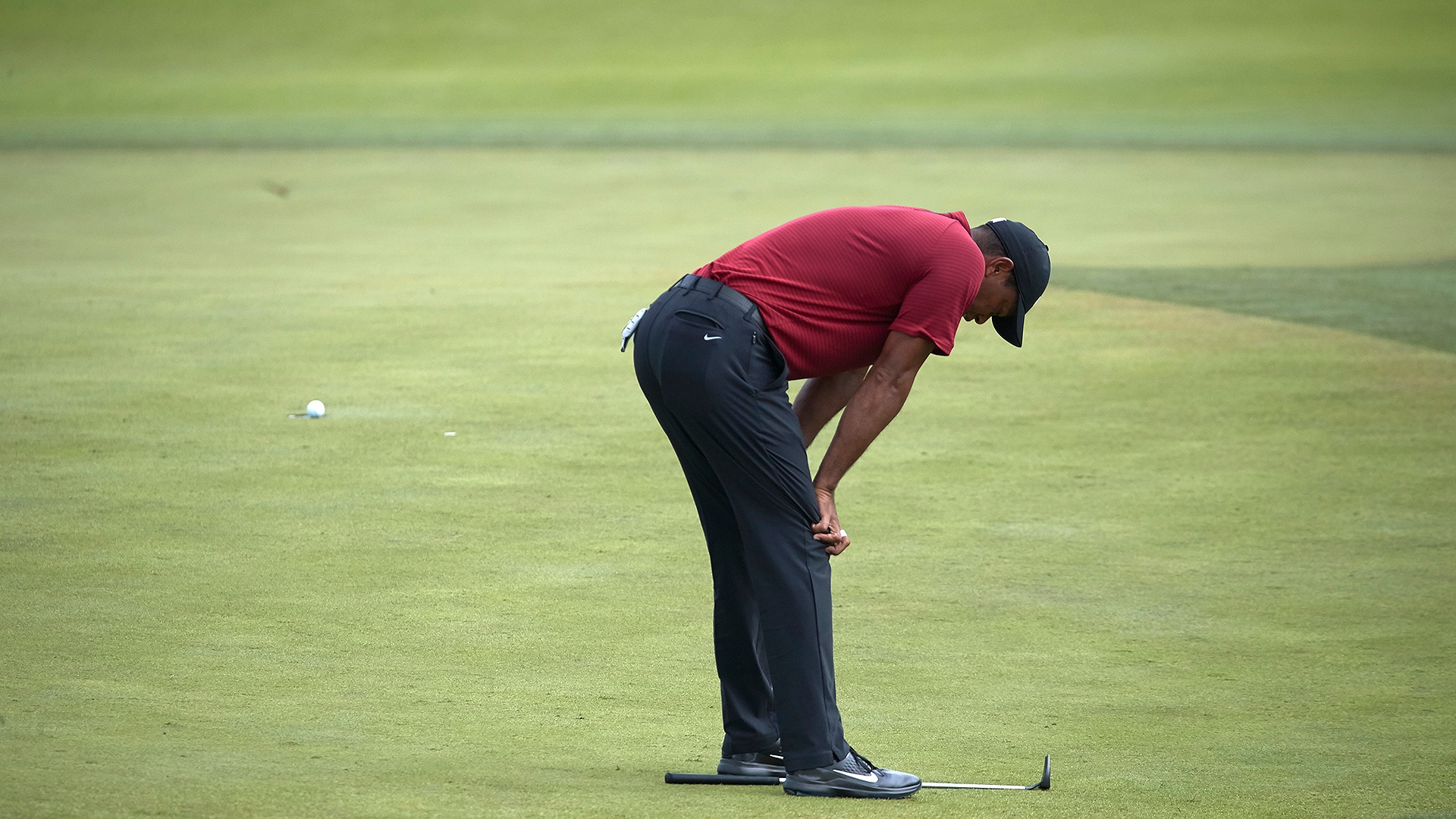 We could be getting a dose of way too much Tiger Woods.

Yeah, that’s difficult to fathom, given how good his return to the game has been on so many levels, but the man might be too close to winning for his own good right now.

I’m not a doctor, I don’t play one on TV, and I didn’t sleep at a Holiday Inn Express last night, but a reasonable person has to wonder how playing the next three weeks in a row – five of the next six weeks – will affect Woods’ surgically fused spine.

That isn’t to say Woods is actually going to end up playing that much, but it looms as a real possibility.

In fact, dating back to the WGC Bridgestone, it’s possible he could be amid a run of playing seven times in the last nine weeks.

My sacroiliac joint is throbbing at the thought.

Beginning with The Northern Trust this week, Woods is committed to the first three legs of the FedExCup Playoffs, and it’s difficult to imagine he wouldn’t play the final leg at the Tour Championship if he qualifies.

It’s impossible to imagine he won’t be among Jim Furyk’s four captain’s picks to play the Ryder Cup.

So if Woods continues this streak of strong play, what’s going to give?

We hope it isn’t his back.

Only Woods and his doctors really know how much the 42-year-old can take physically, but there is more to lose than to gain by overdoing it now.

Yeah, the FedExCup Playoffs are great fun, more meaningful with each passing year, but it’s all about the major championships now for Woods.

Competitively, it’s all that matters.

We’re all going to remember him resuming his pursuit of Jack Nicklaus, if that’s where his summer tease is taking us, with Woods’ T-6 at The Open last month and his second-place finish at the PGA Championship two weeks ago.

Whether you are a Woods fan or not, how can you not want to see a historic chase of Jack as Tiger’s last chapter?

The game soars to yet another level with that.

A legion of young, new fans come pouring into the game even if Tiger only gets to 17 major championship titles.

So while the FedExCup Playoffs give us a postseason in golf, make Player of the Year chases more interesting and Ryder Cup captain’s picks more intriguing, they are a mere prelude for Tiger.

The playoffs give him another chance to get ready for next year’s Masters.

They give him a chance to win something before heading to Augusta National.

They give him another chance to rebuild his closing skills.

Woods doesn’t have to win the overall FedExCup to do that.

And he doesn’t have to play every event he commits to playing. He’s 20th in FedExCup points right now. He can get to the Tour Championship without playing all three of the legs leading there.

The tough spot for Woods is withdrawing from a FedExCup event. It’s trickier for him. With all the extra tickets sold when he commits, with all the excitement his anticipated arrival creates, it feels like a broken promise when he backs out.

Yeah, other players WD before big events for reasons beyond injury, but they don’t create the massive disappointment Woods creates.

For somebody invested in wanting to see Tiger vs. Jack reprised, it’s a lot easier to live with seeing Woods pull out of a FedExCup Playoff event to rest than to see him WD from one with an injury.

There’s more excitement in the prospect of seeing a lot of Woods in the majors next year than seeing too much of him now.

Here’s hoping somebody helps Tiger gets his FedExCup Playoff dosage right. His pain could be golf’s pain.