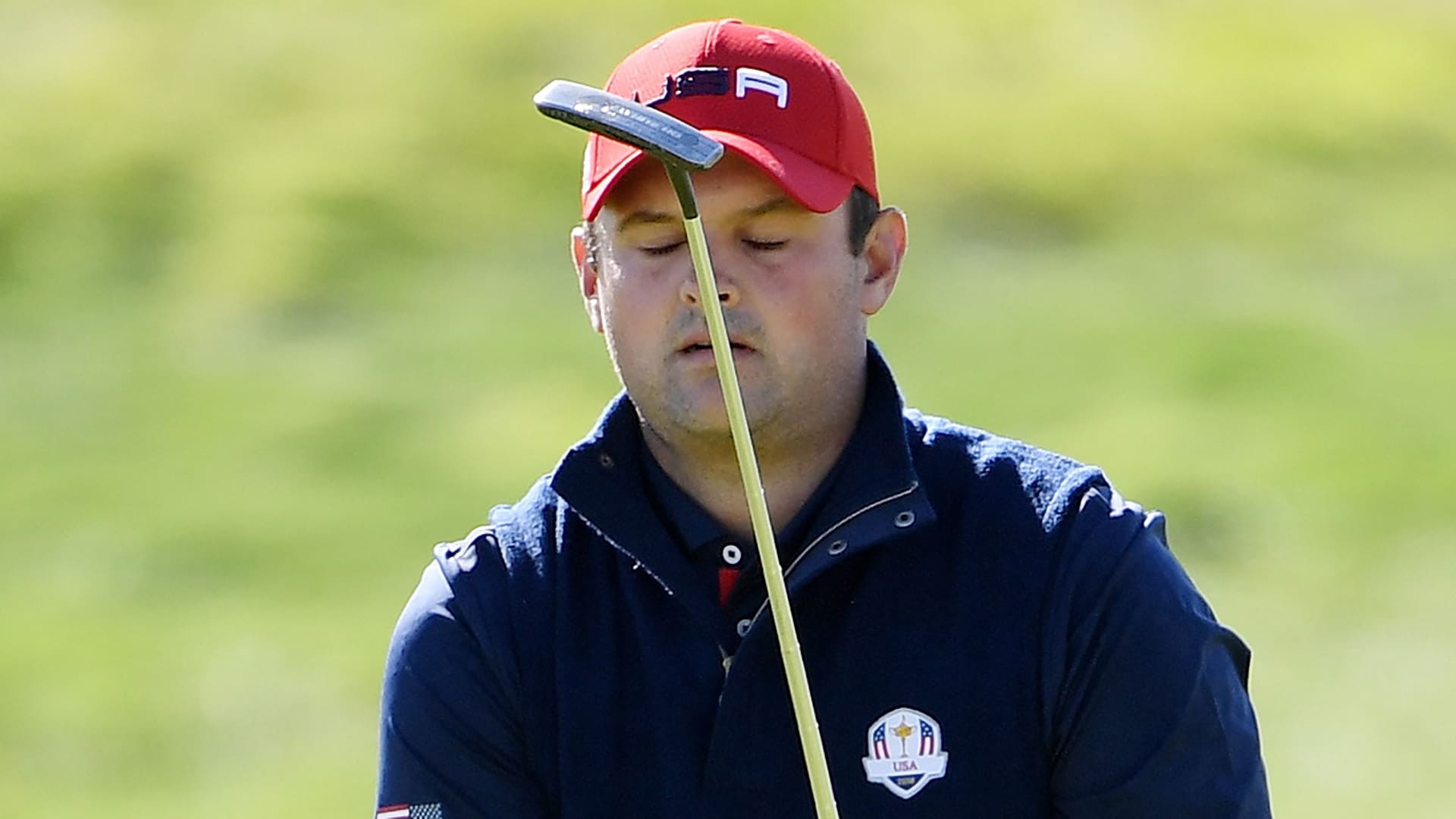 In this 2018-19(!) edition of Cut Line, we revisit the good, the bad and the ugly from last week’s Ryder Cup and lament the lack of anything even close to an offseason on the PGA Tour.

Hype and hope. Let’s be honest, following Phil Mickelson and Tiger Woods’ poor performances at the Ryder Cup, that duel in November is shaping up to be more of a pillow fight, but maybe there could be something to get excited about.

Watching Wednesday’s pre-match press conference for the UFC 229 fight between Conor McGregor and Khabib Nurmagomedov, it was impossible not to be entertained.

There’s little chance the golf for the pay-per-view match between Woods and Mickelson will be that entertaining, but if there’s even the slightest prospect of a pre-match press conference with those two throwing a little shade at each other, it would be worth the price of admission.

It was little surprise that Fleetwood, along with soft-spoken running mate Francesco Molinari, emerged from the Ryder Cup as bona fide stars, but it was the Englishman’s post-match social media game that truly impressed. The highlight of the duo’s brilliance was a video on Monday with the two European stars cuddled next to the Ryder Cup. “How good was that for you?” Fleetwood asked in the video.

Not only did the duo almost single handedly win the Ryder Cup, but they also easily won Twitter.

And the winner is... Voting for the PGA Tour Player and Rookie of the Year ended on Monday, although it seems to have been a formality on both fronts, with Brooks Koepka and Aaron Wise, respectively, being the consensus winners.

The more interesting award is one that may not be handed out. A few years back, the Tour nixed the Comeback Player of the Year Award for the more nebulous Courage Award. But whatever it’s called or however it’s defined, it seems Tiger Woods should be a lock to win it.

Following a year that included a back surgery and a DUI arrest, Woods played 18 events, qualified for the Tour Championship and won the season finale. If that’s not an all-world comeback, then I don't know what is.

And while we’re on the subject, I'd also like to suggest renaming the Courage Award in honor of Jarrod Lyle, who died in August following his third bout with cancer. Lyle won the award in 2015, the last time it was handed out, and was the most courageous person I've ever met.

The task (force) at hand. In the wake of another U.S. loss at the Ryder Cup, the consensus among the millions of armchair captains was that the American team must start over, but these hot takes ignore the simple fact that no one ever said this would be easy.

After the U.S. team’s victory in 2016, there was a healthy bit of caution mixed in with the celebration.

“We're kind of jumping the gun here,” Mickelson warned at Hazeltine. “That whole thing has nothing to do with one particular event, per se. This is something we're going to build on as we move forward.”

No one who was involved in that ’16 victory ever said victory was the new norm or guaranteed every two years. There is no shortage of reasons why the Europeans won last week but the simplest explanation is that they played better.

The Americans don’t need to blow up a system that has proven successful; they just need to play better.

Saving Private Patrick. That’s not to say there isn’t room for improvement in the American team room.

Patrick Reed was never given a chance to answer a question about why him and Jordan Spieth weren’t paired together at Le Golf National, and maybe that was for the best.

Instead, Reed told the New York Times that he was blind-sided by the move and also criticized Jim Furyk for not playing him enough. “For somebody as successful in the Ryder Cup as I am, I don't think it's smart to sit me twice,” he said.

Reed’s frustration feels wildly misplaced when you consider that his score counted on just four of the 15 holes he played during Saturday’s fourballs match, when he was paired with Tiger Woods.

And his complaints about a lack of communication don't add up. Nearly every player not named Reed has applauded Furyk for his leadership style, with Mickelson saying it was the “best week of team unity” he’s ever experienced.

Weeks before the Americans arrived in Paris for the matches, there were rumors that Furyk planned to pair Spieth with Justin Thomas, and it stretches the bounds of reason to think that Reed was in the dark.

Reed told the Times he was prepared to “light the room up like Phil in '14” on Sunday night in Paris. Perhaps, but then Furyk was no Tom Watson. and Reed’s message, unlike Mickelson’s in ’14, was selfish and by all accounts not shared by any of the other members of Team USA.

Season’s greetings. Echoes from Woods’ last putt at East Lake are still ringing in our ears, and the new season is already underway at this week’s Safeway Open, prompting familiar complaints that the Tour season is too long.

Although these concerns are nothing new, they are briefly worth noting once again because of the circuit’s new schedule, with the Tour Championship finishing the week before Labor Day weekend. In theory, this could create some sort of offseason, but don’t count on it.

The post-Tour Championship schedule in 2019 remains to be seen, but all indications suggest the Tour will have another brief intermission (one to two weeks) before starting up again.

As George Costanza will tell you, always leave them wanting more.