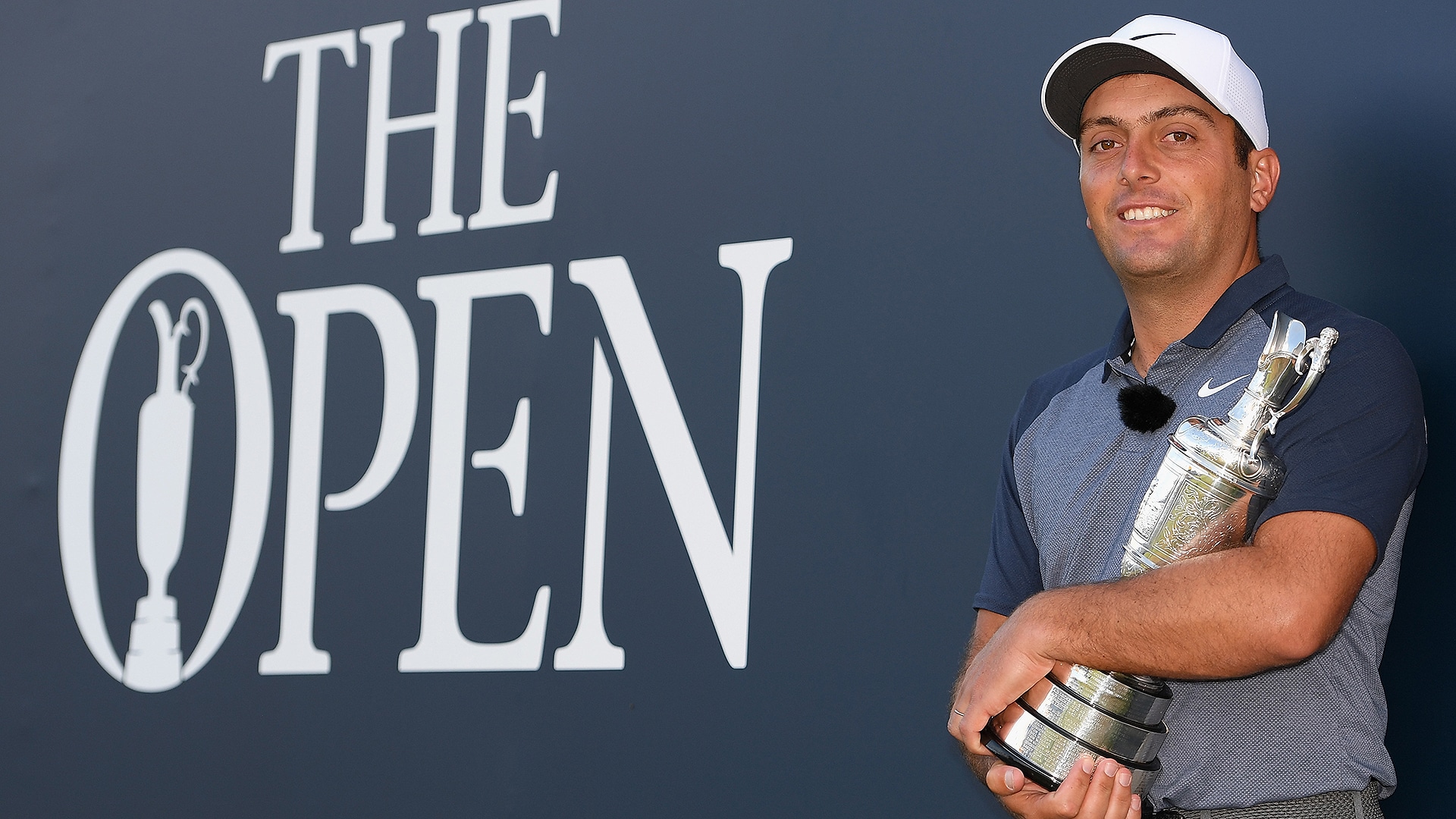 In this week’s edition of Cut Line, Francesco Molinari’s victory at Carnoustie adds a new twist to the Ryder Cup hype, the PGA Tour may be second-guessing the secondary cut, and the RBC Canadian Open gets a new spot on the schedule and a better field . . . maybe.

Momentum moment. An event that was wildly one-sided in favor of Europe as recently as 24 months ago had taken on an inevitable feel of victory for the U.S. team. Fresh off the United States’ 17-11 victory two years ago, this year’s Ryder Cup had a distinct red, white and blue vibe.

Since the home side’s breakthrough at Hazeltine National in 2016, Americans had won five of the last six majors and boat-raced the International team, 19-11, at last year’s Presidents Cup.

But on Sunday at Carnoustie, Francesco Molinari ended the American Grand Slam run. Now, if early scouting reports from Le Golf National in Paris, site of this year’s matches, are any indication, the current crop of American bombers might not find the tight, rough-lined fairways to their liking.

“There's going to be a lot of European guys vying for [Molinari’s] partnership in the foursomes at the Ryder Cup, that's for sure,” Rory McIlroy said last weekend.

For the moment, momentum has swung back in the Continent’s direction. The Europeans will also have history on their side considering that the last time the American team won a Ryder Cup on foreign soil (1993) Jordan Spieth and Justin Thomas, who will be two key anchors for the U.S. side this fall, weren’t even born.

A new look. Despite a closing 75, Davis Love III posted his best finish of the year at last week’s Barbasol Championship thanks, at least in part, to a familiar face in a new position.

Love had Mac Barnhardt, his long-time friend and former manager, caddie for him in Kentucky, where he began the final round just four strokes off the lead.

“It’s always fun to spend time with him in whatever capacity and to see him playing so well after all his injuries made it awesome for both of us,” Barnhardt said.

Barnhardt, who parted with Lagardère Sports in May, also caddied for Love at the John Deere Classic and said the two might reunite between the ropes later this season.

I can’t find words right now, but one picture would do it... #championgolferoftheyear @TheOpen @EuropeanTour pic.twitter.com/tlsJS5OHeZ

Secondary second thoughts. When the PGA Tour introduced the secondary cut in 2008, the concern was how exceedingly large weekend fields impacted pace of play.

To be clear, the pace of play hasn’t picked up but the secondary cut may have outlived its usefulness.

The secondary cut, which calls for a second field reduction after 54 holes if 78 or more players make it to the weekend, has already been stopped at certain events, primarily the first two playoff stops. There’s currently a push to remove the second cut at The Players, and a recent proposal to the players advisory council would end the practice at all events.

In place of a secondary cut, fields would be reduced to the top 65 and ties after 36 holes, instead of the current top 70 and ties. The European Tour uses a top-65 rule and that circuit doesn’t seem to have the need for a secondary cut.

The PAC discussed the option at its meeting during the Quicken Loans National earlier this month and will continue the dialogue at the council’s next meeting in August.

If a new rule makes things more palatable for everyone involved, then so be it. Just don’t expect Cut Line to adjust. “MDF” is here to stay.

Closing in. However you slice Tiger Woods’ play at The Open, the bottom line remains the same, having the game’s most high-profile player in the mix is good for golf.

Although Woods’ quest for major No. 15 came up three strokes short and he still seems to be missing a crucial element late on Sundays, having Tiger anywhere near the lead promises a spike in interest that the game hasn’t seen in nearly half a decade.

There’s also something to be said for the impact Woods’ continued solid play has on his own psyche.

“I was saying earlier that I need to try and keep it in perspective because, the beginning of the year, if they'd have said you're playing The Open Championship, I would have said I'd be very lucky to do that,” Woods said on Sunday at Carnoustie. “I know that it's going to sting for a little bit here, but given where I was to where I'm at now, I'm blessed.”

Oh, Canada. The Canadian Open has struggled with its post-Open Championship date for some time, with many top players bypassing the trip over from the United Kingdom.

As part of the Tour’s schedule makeover beginning next season, the event will move to the week before the U.S. Open in early June. It’s a relocation many see as a move that should help the championship’s field.

The problem with that thinking, however, is how the other schedule moves could impact Canada. The Travelers Championship, which is played the week after the U.S. Open, regularly attracts a strong field and could lure some players away, and the new condensed lineup could prompt others to simply make the most of a relatively quiet run on the schedule.