Tucked behind the 10th green at TPC River Highlands, Jeff Howell and his team watched last week’s action at the Travelers Championship through a different lens.

From his perch inside the PGA Tour’s ShotLink trailer, Howell, the circuit’s director of ShotLink Technologies, studies a black-and-white image of the ninth green in real-time, a dizzying display of fixed points and potential tracks.

“Everything that moves the system has to identify if it’s a golf ball; if it is a golf ball is it moving; and if it’s moving let me track it,” Howell explains.

Howell calls the new system ShotLink Plus, a video-based model that will eventually replace the lasers that have been used since the system was introduced 17 years ago.

When it was unveiled, ShotLink was a revolutionary way to enhance the fan experience by using lasers to track shots from tee-to-green. For example, the system noted that Jordan Spieth’s tee shot on the first playoff hole last week traveled 220 yards into the fairway and that his approach shot ended up 205 yards away in a greenside bunker.

What ShotLink can’t do, however, is show that Spieth’s tee shot clipped a tree and bounced back into the fairway or that his approach caromed off the lip of the greenside bunker before settling at the bottom.

As useful as ShotLink has become, the inherent limitations of a one-dimensional system have become evident in recent years.

“We were looking for a replacement for our lasers, we’ve been doing that for 17 years now and we’re still using the same lasers we started with,” Howell said. “They are getting older and needed replacing and the thought came up we can get newer lasers or we can look at what is innovative and what will be new and increase the fan experience.”

A look behind the cameras of the ShotLink system being tested by Tour officials.

The new system, which was developed by SMT, utilizes fixed cameras instead of lasers to identify and track the speed, break and distance of shots. Where the current ShotLink lasers can quantify a player has made a 5-foot putt for birdie, the new system tracks the line and speed of every putt.

Currently, Howell and his team are testing the cameras only on greens, and for good reason considering the amount of data the new technology produces, but the system could easily be expanded to include all shots.

“If we can improve and perfect the system in small increments on the greens, then moving it into other areas of the golf course becomes much easier,” Howell said.

Currently, the new cameras have been set up on six greens at each week’s Tour stop as Howell works with the software engineers to perfect the system. Howell explains that the cameras are accurate about 80 percent of the time, compared to about 97 percent of the time using the current lasers.

The challenges of creating a digital snapshot of a sprawling field of play that changes every week are many.

“Camera placement needs to be specific, you have to place the cameras in such a fashion that they are going to cover the greens if one or two of them lose the track, we have to have at least one camera on the track,” said Howell, who explained there are currently three cameras per green.

The amount of information the new system collects can also be staggering. Consider that a single shot from the lasers that currently power ShotLink is about 10 bytes of data, whereas a single second of video imagery from the new cameras is about 400 megabytes of data.

It takes one server to process nine cameras’, or currently three holes’, worth of information. Without getting too deep into the math just imagine how much information will need to be processed if every shot of every player is tracked under the new system.

How that information is processed and presented during a telecast or to an individual user is also part of the challenge of bringing the new technology to the masses.

“We’re capturing 20 points per second of that ball moving across the green and all of that is getting stored in a data base and we’re working with the developers to figure out how we’re going to provide that data in real time and display it,” Howell said. “You’re going to be able to see the exact track.”

Howell said there’s no timeline for when the system might be ready to go live, but the benefits of an automated platform, compared to the current laser-based system that depends on the accuracy of volunteers on the course, will lead to a more precise track as well as a more detailed picture of an actual shot.

“The volunteers do great, they are the reason we’re up in the 97 percent [accuracy] of every shot, but it does take away the human element, thinking they are shooting the golf ball with the laser when you may be over shooting it and hitting a couple feet away,” Howell said. “Now the camera can see it more clearly.”

Which means we will all see shots more clearly, and comprehensively. 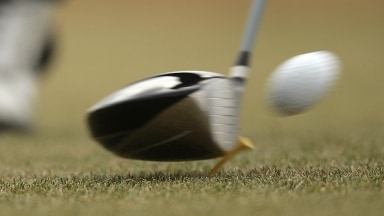 Distance stats can be misleading

The USGA/R&A annual report on driving distance indicates not much has changed, but a different set of data implies otherwise. 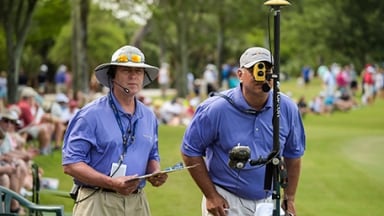 Members of the PGA Tour’s ShotLink staff have followed the lead set by the circuit’s rules officials and moved to unionize.