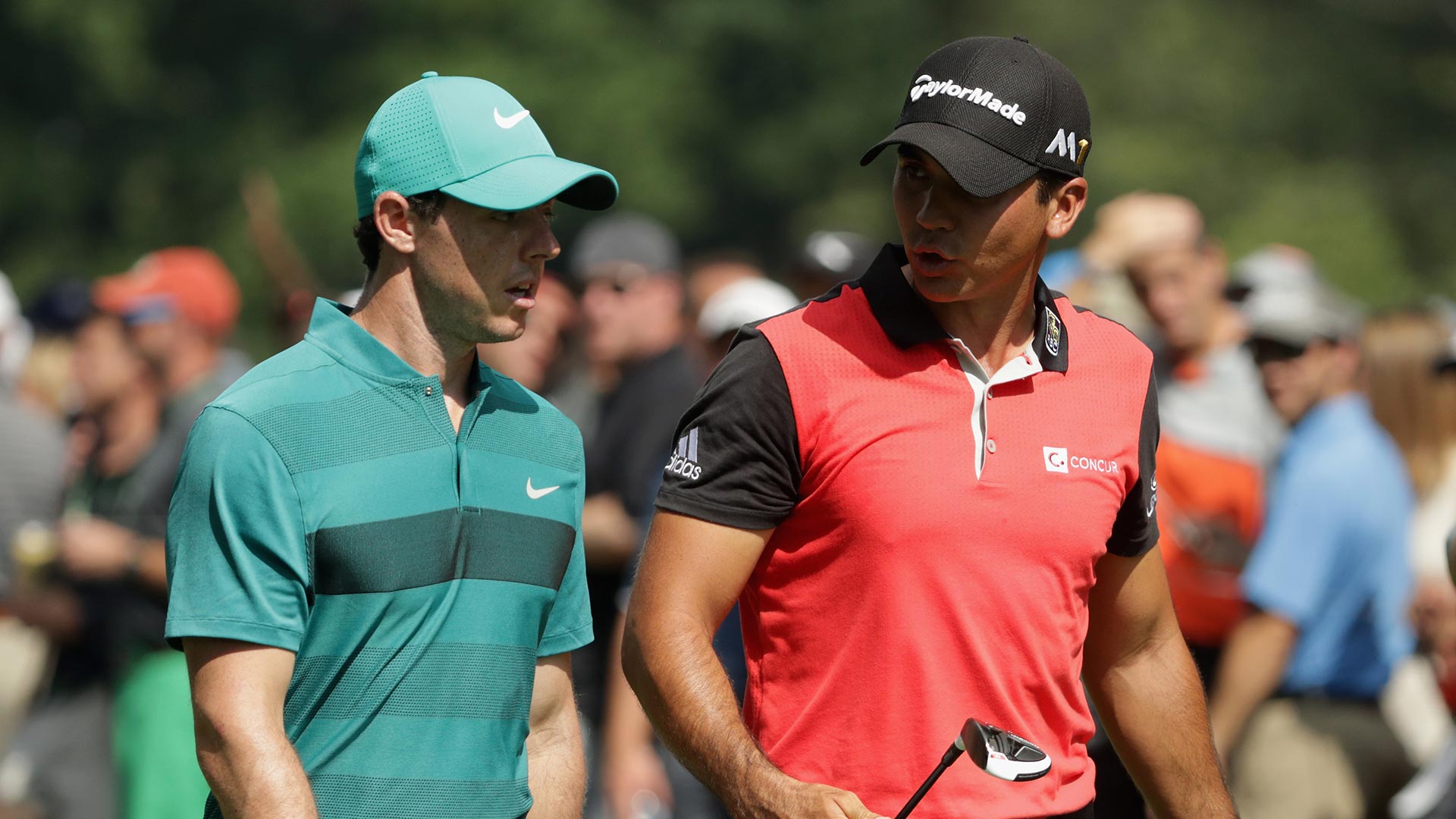 Paul Casey’s smile widened and he swept his hands from side to side.

“This is a home run. This is sweet. Take care of the rules so [the Tour] doesn’t get all over me,” he said.

The Englishman was playing the Safeway Open for the first time since 2011, and while he wasn't there under duress - the rolling hills are rather easy on the senses - Casey was in Napa Valley by directive.

Casey’s start last week at the season opener was a result of the PGA Tour’s new strength-of-field regulation that was implemented for the 2016-17 season.

The new rule requires players who didn’t have at least 25 starts in the previous season to add an event to their schedules that they hadn’t played in the last four years.

Those who fail to meet the new requirement could be subject to a “major penalty,” which under the Tour’s regulations would be a fine in excess of $20,000 or a possible suspension.

“It was pretty easy because I wanted to go to Napa anyway,” Casey said. “It’s a good rule. Maybe there are events that have had weaker fields in the past, they might get a couple of guys they might not ordinarily get.”

After decades of debate over strength-of-field concerns and the rights of independent contractors, the new rule is something of a compromise. Although various regulations have been proposed over the years to improve tee sheets at certain tournaments, there was always a degree of oppositon from players. There was also a concern from tournament organizers that didn’t want their event to be labeled as inferior.

The new regulation proved to be an acceptable compromise for both parties. Players, with some foresight and planning, can add events that don’t disrupt their normal schedules, and tournaments, like last week's Safeway, can enjoy incremental field improvements without being relegated to second-tier status.

In practice, the new regulation shouldn't prove much of a burden. Of the 125 players that advanced to last season’s playoffs, 78 played 25 or more events and aren’t subject to the new rule.

And for some those who didn’t play 25 tournaments, adding a new event will prove easy enough.

Jason Day, for example, finished the season sixth on the FedEx Cup points list but played just 20 events. According to the Tour, he has 16 events to choose from this season that he can add to his schedule to fulfill the new requirement.

FedEx Cup champion Rory McIlroy can choose from 22 events to add to his schedule this season.

Worth note, major championships, World Golf Championships, playoff events and the Presidents and Ryder Cups don’t count toward the new regulation, even if a player hadn’t participated in that tournament in the last four years. Similarly, a player like McIlroy, who is qualified for all of the top events, wouldn’t be able to add an opposite-field event played the same week as a major or WGC.

“There was actually two or three [new events] I was planning to play anyway,” said Ryan Moore, who was considering adding either the FedEx St. Jude Classic or Valero Texas Open to his schedule this season because of the new rule. “For me, it really wasn’t much of an issue because there were a couple I really wanted to play, but for some reason it hadn’t worked out.”

But the new regulation isn’t perfect. Some players have played vastly different schedules as their Tour status has changed over the years, resulting in a surprisingly limited number of options to add to their lineup this season.

Lucas Glover, for example, has to choose one of just three events to add after playing 23 times last season. Billy Horschel has 10 events from which to choose.

“What you have to avoid this year is to not play a bunch of events that you haven’t played in five years,” Casey said. “I could shoot myself in the foot because if I don’t play 25, again, then you run out of options and you may have to play something that doesn’t suit you or doesn’t fit nicely in the schedule.”

For Casey, that means not returning to the AT&T Pebble Beach Pro-Am, which he hasn’t played since 2002 but was looking to add to his schedule thanks to the re-worked West Coast swing. Instead, he’ll wait a year or two to play Pebble Beach, just in case he doesn’t get his 25 starts in 2017.

Players that split their time between the PGA Tour and European circuit may also struggle with the new regulation.

Although McIlroy only made 18 starts on the PGA Tour last season, he also had to meet his minimum requirements on the European Tour (five events, not including the majors or WGCs), and now he has the strength-of-field requirement to fulfill.

“If this is your only tour, it’s a fair rule. If you’re playing two tours, then it’s tough,” Casey conceded.

Moreover, fans shouldn't get too excited to see Phil Mickelson at their hometown event as a result of the new rule any time soon. A player is exempt from the regulation if they are a life or veteran member who is at least 45 years old.

Despite some of the more concerning details, the new rule has proven to be a workable solution for both players and, more importantly, tournaments that could always use a little extra star power.