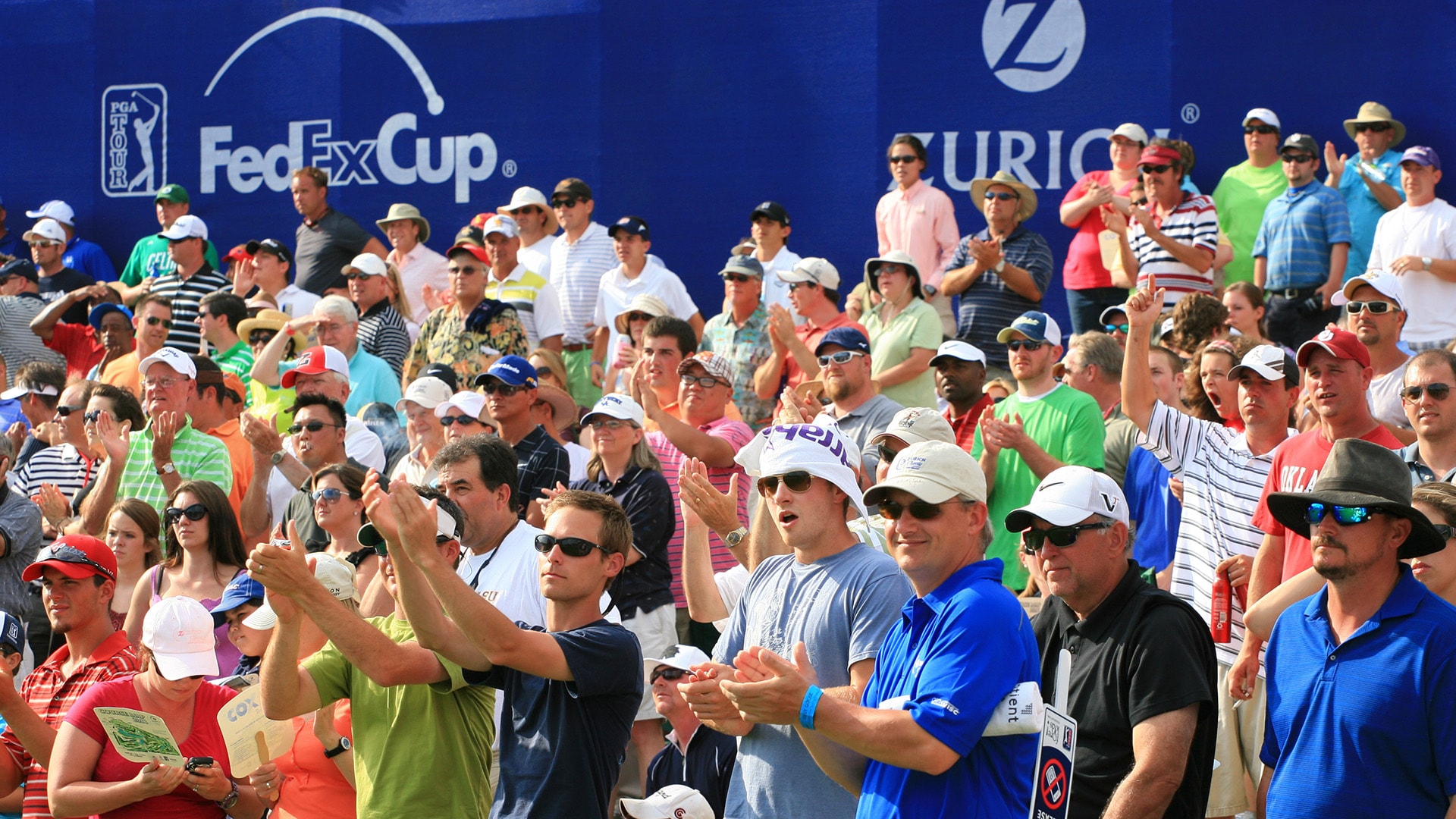 AVONDALE, La. – At 6:30 a.m. Saturday, as the PGA Tour hurried to create its own Jazz Fest, Brett Bonin began setting up his laptop, amp, mixer and speakers under a tent on the first tee at TPC Louisiana.

A 46-year-old lawyer for the Louisiana Office of Alcohol and Tobacco Control, Bonin had been up until 1 a.m. the previous night for this weekend’s side gig. The Zurich Classic is the first tournament that the PGA Tour allowed to have walk-up music on the first tee, and everything needed to be perfect – and entertaining. The final, 36-team playlist wasn’t finalized until after 9 p.m. Friday, so for the next four hours he put the songs in order and cut them into the best 30-second bites. Ever the perfectionists, three Tour players called him to request a certain version or section of the song.

“It’s a level of complexity that you never, ever deal with for regular DJ work,” Bonin said Saturday morning.

All of the speakers were hidden and directed toward the tee, and Bonin arrived so early Saturday – nearly two hours before the first tee time – because tournament officials ran sound checks, to ensure that the music didn’t disrupt play throughout the course.

For the first group, Bonin sat behind his HP laptop and pulled up an iTunes playlist entitled “Zurich Final,” a collection of 36 songs that could run, uninterrupted, for two hours and 33 minutes. He waited for Fore!Kids Foundation member Kevin Colomb, dressed in a blue seersucker blazer, to announce the two partners. Using his right hand, Bonin selected the song on his laptop; with his left, he adjusted the volume on the amp. Once a player appeared on the verge of walking in to his ball, usually after about 10 seconds, the music died out.

“It was cool,” Billy Horschel said. “Adding that tweak was just another great addition.”

No doubt the musical selections were a topic of conversation on the practice putting green, helping defuse some of the tension of a Saturday in contention. No one went all-out like Ben Crane and Alex Cejka. When Whitesnake’s “Here I Go Again” flooded the speakers, Cejka started banging his head, his long hair flying, like an '80s rocker. Crane whipped his club like a microphone stand, bouncing around the tee, bashing on an imaginary cymbal and strumming an air guitar.

“It’s awesome,” Crane said. “It’s super fun. I think guys should be required to do something.”

There were at least a few other notable performances.

Everyone but Justin Rose seemed embarrassed by his choice of Spandau Ballet’s “Gold.” He could barely coax a high-five out of his partner, Henrik Stenson, while Patrick Reed pulled his cap over his face and shook his head.

Jimmy Walker and Sean O’Hair opted for the intro to George Michael’s “Careless Whisper,” and as the sax whined, Walker nodded his head to the rhythm and locked eyes with O’Hair. “Send it,” he said coolly.

Rob Oppenheim and Nate Lashley didn’t participate, but when the beat to Naughty By Nature’s “O.P.P.” dropped, a Tour volunteer swaggered out onto the tee and began bopping, much to the amusement of the fans nearby.

Even the normally placid Retief Goosen managed a smile as they played the chorus of Toto’s “Africa.”

For Bonin, there was only one moment of trepidation, when Charley Hoffman’s group approached the tee.

“Charley is gonna hit,” said Hoffman’s caddie, Brett Waldman, “but you can just leave the music running for him.”

That was a big no-no. Bonin had clipped each song at 30 seconds in length, and he’d been given explicit instructions not to play music while the players were over the ball.

“They said that I can’t do that,” Bonin said, “unless you can get somebody higher up to say that I can.”

And so Bonin let Tupac’s “California Love” thump as Hoffman prepared to play.

“There’s like 20 different people giving you instructions,” Bonin said later, “and trying to figure out who trumps who is very difficult.”

So was all of this effort worth it?

The final product was awkward at best. Several players giggled, but too many merely let the 10-second clip run, without even acknowledging the extra noise, like it was a distraction to their precious pre-shot routine. It didn’t help that the music played for only the first team member to tee off, not both.

If the Tour is truly determined to jazz up its New Orleans-area event, then they need to go even further.

Station a jazz band near the range. Use a smoke machine. Stagger the team introductions. They should push play not immediately before they’re ready to tee off, but as the players walk through the tunnel and onto the first tee – that way they’re more likely to dance or, at the very least, interact with the crowd while listening to a longer, 30-second version. Right now, it’s as though they’re playing music when the batter is in the box, not as he’s striding to home plate.

“You’re all ready to hit a shot,” Pat Perez said, “and then you’ve got to wait 10 seconds. It’s not really walk-up music – you’re standing there.

“It’s a cool concept, though. I like it. It was fun to hear some music this morning.”

And so, in that respect, Bonin’s mission was accomplished. He enjoyed his front-row seat and his weekend diversion and his role as the Tour’s first DJ.

“We do everything in New Orleans with music,” he said proudly.