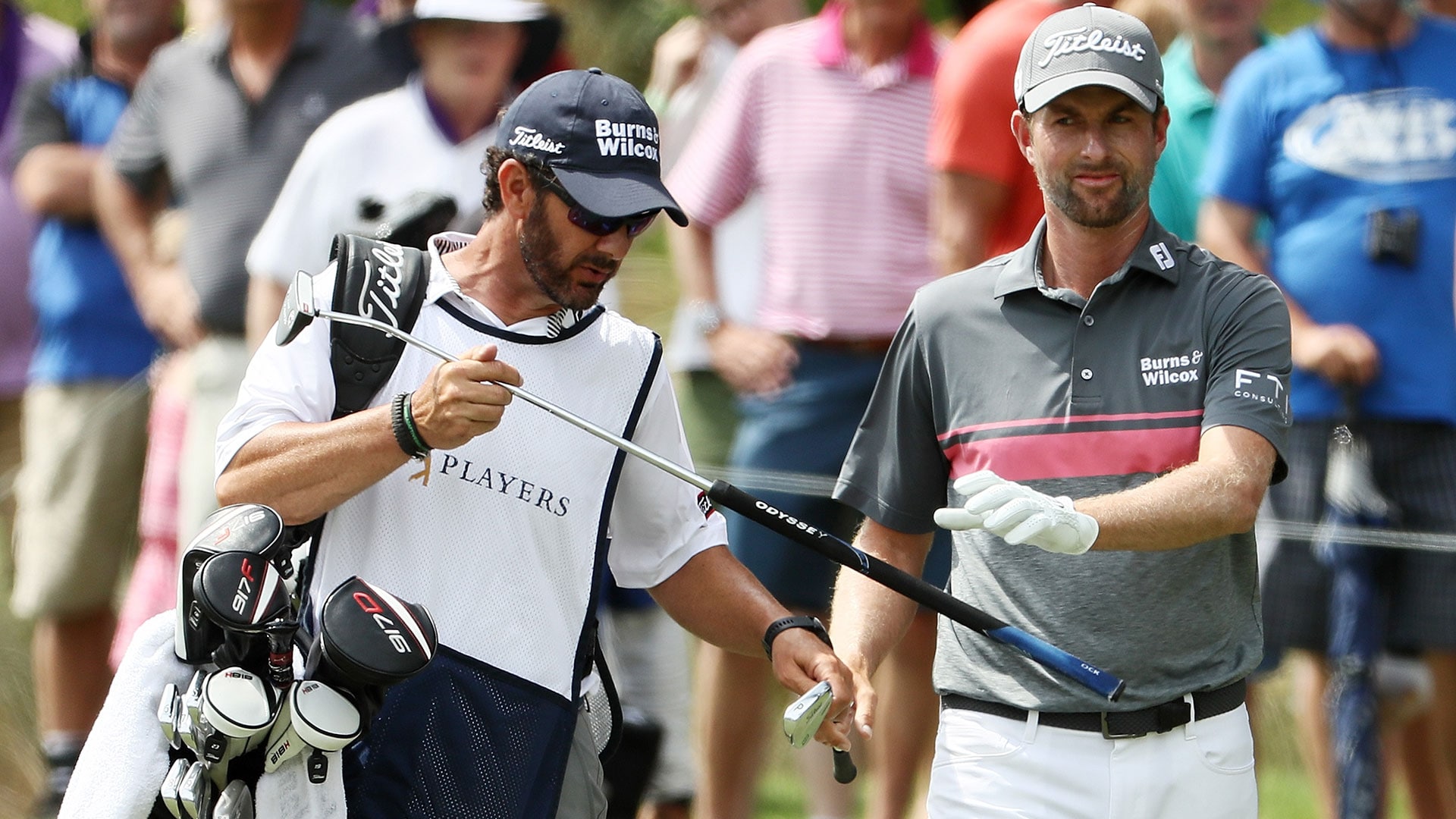 A year ago, he bumped into Tim Clark on the practice putting green. Two longtime anchorers forced to adopt a new method, Clark asked how Simpson was rolling it.

“Inconsistent,” he replied, and frankly, that was putting it mildly. The major champion, four-time PGA Tour winner and member of four cup teams was lost, entering the week ranked 192nd in putting.

“To be at the bottom of the barrel like we were, I didn’t know if he’d ever putt well again,” said Simpson’s caddie, Paul Tesori. “When you putt that poorly for that length of time and you play at this level, you can’t hide.”

But that day, Clark told Simpson to try the claw method. It felt awkward, but he was desperate for a quick fix. Simpson put it in play without any practice, and something immediately clicked – he shot 4 under for the first two rounds, ultimately tying for 16th. Over the rest of the year, after creating his own style – the “Kuchar-claw,” with the shaft pinned against his left forearm – Simpson climbed more than 100 spots in the rankings.

“I wasn’t going in a good direction,” he said. “I’m very thankful he gave me that lesson.”

“And to look at him now,” Tesori said, “it’s nothing short of miraculous.”

That’s one way to describe Simpson’s putting through three rounds here at The Players.

Simpson has gained more than nine shots on the field on the greens, tops by a wide margin. The first round was the 10th-best putting round of his career. The second round was his fifth-best. On Saturday, he putted like a “normal person,” but he still added to his eye-popping totals. Through three rounds he has drained 356 feet worth of putts, none bigger than his 17-footer on the last that preserved his seven-shot advantage at The Players – the largest 54-hole lead here, by two.

“The fact of where we were a year ago with our struggles,” Tesori said, “it’s pretty amazing we’re here right now with this situation in front of us.”

Simpson was one of golf’s many promising 20-somethings when he won the 2012 U.S. Open. That breakthrough came during the anchorers’ heyday, as Keegan Bradley (2011 PGA) and Simpson and Adam Scott (2013 Masters) all won majors with the end of their long putters pressed against their flat bellies or toned chests.

But it was a month after Scott’s breakthrough that the governing bodies announced a crackdown on anchoring. The ban didn’t go into effect for two-and-a-half more years, offering a transition period for users to find another method. That sounded good in theory, except many felt obligated to switch immediately, lest they be viewed by fans or their peers as cheaters.

Even as Simpson appeared ready to move on, he couldn’t rediscover his stroke. One of the most consistent putters on Tour ever since he debuted in 2009, he plummeted to 174th in 2015 and 177th in ’16.

“He was basically back to square one after spending thousands of hours perfecting a perfectly fine method,” said fellow ex-anchorer Adam Scott.

Ball-bashers like Dustin Johnson or Jon Rahm or Rory McIlroy don’t need to lead the Tour in putting – they just need to be mediocre on the greens to give themselves a chance each week.

Simpson, of course, doesn’t have that luxury. He averages 290 yards off the tee, which is well below Tour average. And he’s not particularly accurate, either, ranking outside the top 125 on Tour. He relies on his putting to stay in the mix, and if the putts don’t drop, well, then he’s going to struggle, sinking from 11th in the world in 2012 to a low of 88th last January.

It took him three years, and an impromptu lesson from Clark, but now Simpson is back among the Tour’s top-10 putters and on the verge of a runaway victory against the strongest field in golf.

“I hope he doesn’t putt too well with that thing up his arm,” Scott joked, “or they’ll ban that, too.”