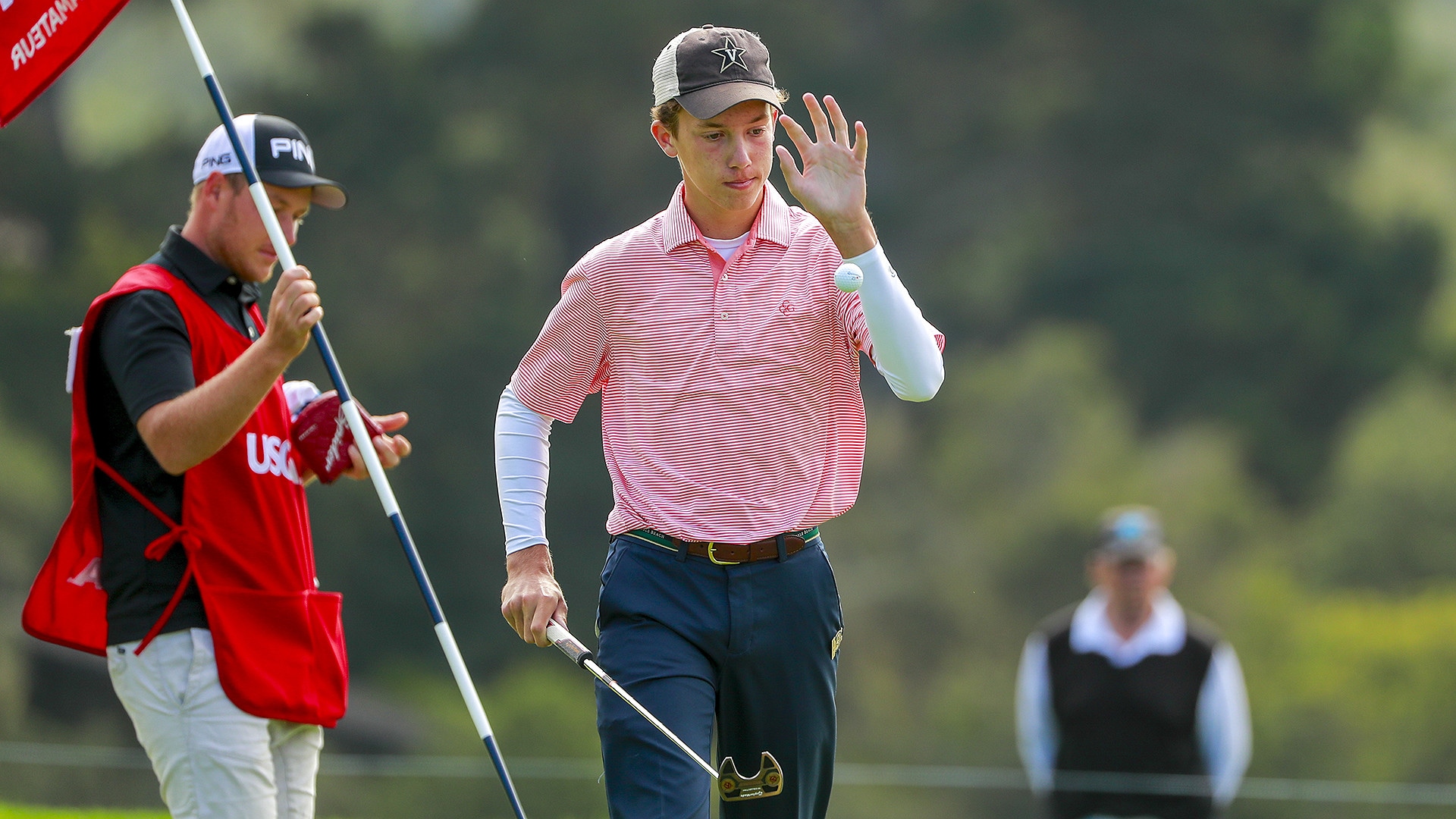 PEBBLE BEACH, Calif. – Standing to the left of the 16th green Thursday, Jackson Van Paris clasped his hands behind his head and grimaced as Mason Overstreet ended his historic week at Pebble Beach.

It was little consolation to him afterward, of course, but earlier this week Van Paris, 14, became the second-youngest competitor to win a match at the U.S. Amateur.

“I learned that I can hang with all these players,” said Van Paris, who lost to Overstreet, 3 and 2, in the Round of 32. “I can play with these guys. I played with two of the best players in the field and hung with them for the majority of the matches.”

After qualifying for match play, Van Paris took Australian Dylan Perry – the 30th-ranked amateur in the world – the distance and then holed a chip shot on the final green to prevail, 1 up. His second-round opponent was no slouch, either: Overstreet, a junior at Arkansas, was the 2017 NCAA individual runner-up.

Overstreet is 6-foot-1 and sturdily built, and he took advantage of his lengthy by pounding it past the tall and skinny Van Paris. On the ninth hole, Overstreet caught the downslope in the fairway and had only a wedge into the green. With his body still developing, Van Paris maxes out at 270 yards off the tee. About 60 yards behind his opponent, he hit 5-iron into a firm green that had about a 10-foot circle to get it close. Overstreet made birdie, took a 2-up lead, went 3 under for his first 12 holes in windier conditions and easily won the match.

“Mason played great, and he’s a really good player,” Van Paris said, “but I felt like it was nothing I couldn’t handle.”

Those in junior golf circles know all about Van Paris, a rising sophomore who lives about five minutes from Pinehurst No. 2 and is already one of the top prospects in the Class of 2021. A two-time AJGA winner, he’s verbally committed to play college golf at Vanderbilt, alongside his friend Gordon Sargent, the beginning of what he hopes is a dream team during his four years in school.

The Commodores’ affable coach, Scott Limbaugh, the facilities and the team’s recent success were key factors in his early decision, but so were the academics. “I’d rather get a 99 on a test than top 10 in a tournament,” he said.

Tuesday was the first day of school at O’Neal High School, a college prep school in Southern Pines. Before his match, the students and teachers sent him a photo of them holding up a “Let’s Go, Jackson! Go Low!” sign in front of the school. Once Van Paris knocked out his first-round opponent, he was flooded with texts, emails and Snapchats. One note in particular stood out: The head of the school joked that Van Paris’ absences the rest of the week were unexcused.

Asked what he’ll tell his classmates when he returns to school, Van Paris said: “That I went to the coolest place in the U.S, played the coolest golf course in the country, played the biggest amateur tournament in the world and got 17th.”

His experience at the U.S. Amateur – where he competed against players who were at least four years older – was nothing new for Van Paris. He’s been playing up since he was 6.

“He’s always wanted to play against the best players he could find,” said Van Paris’ father, Todd. “But now that he’s old enough to play against his peers, it’s been a different dynamic – he’s not the underdog, he’s the favorite. It’s going to be an interesting transition.”

Todd Van Paris said that his son has grown about six inches and added about 40 yards over the past year. He’ll only pack on more muscle over the next few years, shortening the distance gap between him and players like Overstreet.

Van Paris’ goal Wednesday was to win both of his matches and reach the quarterfinals. Then he’d be fully exempt into next year’s U.S. Amateur … at Pinehurst No. 2, just down the street from his parents’ house.

“I know that he’s proud of what he’s accomplished this week,” Todd Van Paris said, “but I guarantee you that he thought he could win the tournament. He really thought he could do it. That’s what makes him special.” 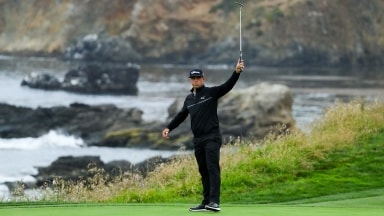 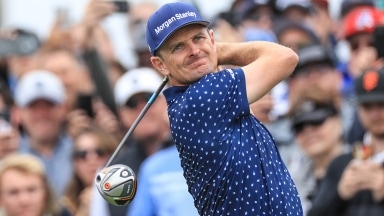