SAN ANTONIO -- The AT&T Oaks Course at TPC San Antonio is a little easier than it used to be -- just a little. The Greg Norman design that opened in 2010 and plays host to the Valero Texas Open is still pretty difficult and will continue to rank among the toughest courses on the PGA Tour.

But in response to some 'suggestions' from tour players, the greens on holes No. 1, No. 4, No. 10 and No. 12 received some modifications this summer, providing for some additional pin positions. In some cases, the greens should also be a little more receptive.

'The modifications didn't take it from being a very challenging golf course to a walk in the park,' said TPC General Manager and Director of Golf Jimmy Terry. 'It's still a strong golf course. It's just that in certain conditions, on these holes, hitting long clubs into them was probably too much of a challenge.'

The work was overseen by PGA Tour Design Services in consultation with Norman and player consultant Sergio Garcia.

And on No. 12, the entire green was re-contoured and the back third was lowered by approximately two feet to lessen the severity of the contours.

'The key to the work on all four greens was to increase the quantity and quality of hole locations, as well as make the putting surfaces more receptive to approach shots,' said Steve Wenzloff, vice president of PGA Tour Design Services and player liaison. 'Those holes provided the least flexibility from a setup standpoint. We get various winds at the course, and those surfaces were hard to hold depending on the wind direction. By increasing the number of hole locations and softening the contours, it will be easier to hold shots on the green during different conditions.'

Of course, the work will also benefit the recreational golfers, and it has been well received by the club's almost 200 members as well as resort guests.

The most noticeable change is probably the par-4 12th hole, Terry said.

'If you look at ShotLink last year, the 12th hole was the fifth most difficult hole on the golf course (at the Valero Texas Open),' he said. 'It's a 375-to-400-yard par 4. But when it turns into a north breeze, all of a sudden instead of hitting a wedge into that three-tiered green, you were hitting a six-iron or something like a five-iron with a heavy wind, and it was just a really difficult green.'

Terry said that now the green is the same exact size, the contours where they fall are basically the same, but they're much softer and gentler, much more receptive to a longer club. 'I would expect the 12th to drop a bit in terms of difficulty for the tour event,' he added.

The AT&T Oaks Course is considered the more difficult of the two championship courses at the JW Marriott San Antonio Hill Country Resort & Spa. The other course, the AT&T Canyons Course, was designed by Pete Dye with Bruce Lietzke as player consultant. The Dye course is the site of the AT&T Championship on the Champions Tour.

While the Canyons Course has more dramatic tee shots and elevation change, the Oaks Course is more subtle but difficult with its fingerling bunkers and tighter fairways.

'To me, the Oaks Golf Course is one of the most beautiful inland golf courses we have in Texas, so unusual for the Hill Country, being a level piece of ground, a natural and intimate setting,' Terry said. 'The look and feel of the golf course and golf holes didn't change. They blended it in seamlessly.' 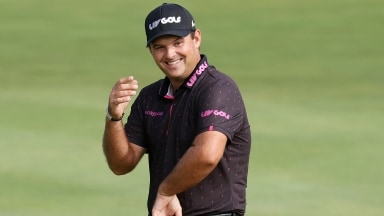 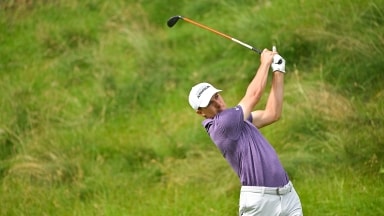