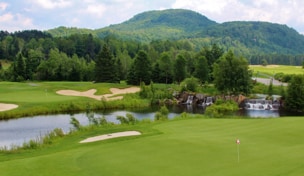 MONT-TREMBLANT, Quebec, Canada – As first tee introductions go, this one was strained, leaving me with the disconcerting feeling that the next four hours might feel much longer.

The starter at Le Diable introduced me to my player partner. I said 'hello', he said 'bon jour' and that was it. Silence.

I’d been in Quebec – Canada’s French-speaking province – for three days before I finally slammed into the language barrier. Here, I was paired with a French-speaking Canadian who didn’t know any English. Off we went without a word on Le Diable, a sand-splashed design by Ohio-based architects Michael Hurdzan and Dana Fry located in the Laurentian Mountains 75 miles northwest of Montreal.

I never did catch his name, nor have any sort of meaningful dialogue during the round. We spoke the language of golf instead. I gave him a thumbs up on a couple of fine shots. He returned the gesture with a golf-clap when I sank a long putt. On the 18th green, we shook hands, friends forever linked in this grand game.

Communication snafus are part of the charm of playing golf in Quebec, which has held onto its original language since its colonial days as a French settlement. I regularly teed it up with non-English-speaking players on my five-day golf journey through the province. Often, there was another golfer who spoke both languages, a middle man who kept each party entertained and engaged with conversation.

For whatever reason, Quebec isn’t highly revered as a golf destination, even though there are plenty of quality choices. The private Royal Montreal Golf Club, the site of the 2007 President’s Cup and the 2014 RBC Canadian Open, remains the province’s most famous venue. It’s the oldest club in North America. The city offers other nice places to play, but Quebec’s best public golf sits tucked in the surrounding mountains.

Six courses showcase the rugged natural beauty of Mont-Tremblant, a ski resort village centered around several pristine lakes. A trio of area courses ranks among the top 100 in Canada by ScoreGolf: Le Maître (no. 37), Le Géant (no. 45) and Le Diable (no. 71). Le Maître, a private ClubLink course that translates in English to ‘the master’, is accessible only through a hotel such as the Fairmont Tremblant where I stayed.

Robert Weissbourd of Chicago has been playing golf in the region for 20 years, sometimes for the fun of a team competition pitting Americans versus Canadians called the 'Easy Ryder Cup.' I met him at Le Maître, a gorgeous collaboration by Fred Couples, Graham Cooke, Gene Bates and Darrell Huxham.

'Chicago is great for golf, but you don’t have the mountains or the lake,' he said. 'These are fun courses. You don’t get the elevations like this back home.'

Intrawest runs the strong sister courses of Le Géant (the giant), a rocky adventure by Canadian Thomas McBroom, and Le Diable (the devil). Gray Rocks Golf operates the other 1-2 punch in town with the old school La Belle (the beauty), the region’s original course, and La Bête (the beast), a difficult but scenic track designed by Cooke. Faster, cheaper, slightly easier golf is offered at Manitou, a short course with 14 par-3s and four par-4s.

Don’t spend all your day in a golf cart, though. Wonderful restaurants, shops and tourist excursions are scattered throughout the walkable resort village. The four-star Restaurant La Quintessence & Winebar serves the most decadent meal in town in an intimate setting overlooking Lake Tremblant.

The Fairmont Tremblant offers free rental bikes. Even the most inexperienced peddler will love the paved trails that skirt the village and head into the forest and along a secluded river.

Speaking of rivers, it’s worth the hour-long drive to discover another fabulous Fairmont, the Fairmont Le Château Montebello, the world's largest log-cabin hotel set along bank of the Ottawa River.

The clubhouse at the Fairmont Le Château Montebello Golf Club was built with the same spectacular brown-stained logs as the hotel. The brilliance of Canadian legend Stanley Thompson lives on at the 6,308-yard course, a 1929 classic that stayed private until 1970. Montebello plays much longer than its yardage thanks to breathtaking rises and falls in elevation. It took three feeble attempts that landed in the tangled mess of rocks and trees short of the ninth green before reality set in: It’s a four-club climb to reach this 180-yard par-3. Only one of our foursome made it uphill safely. “The first time you play the course, you won’t appreciate it because you lose so many balls. You have to come back, so you can master it,” said Yves Bellavance, a resident of Terrebonne, Quebec, who drove in for the day with his wife to enjoy a golf-and-dinner special at the Fairmont.

The terrain dips and jumps even more dramatically at the 6,768-yard Heritage Golf Club on the outskirts of town. The tee shots up the ridge at the dangerous par-4 ninth and 18th holes will terrify low-ball hitters and the distance-challenged. The course owners, who built a 34-room addition onto the clubhouse in 2006 for stay-and-plays, celebrated the club’s 20th anniversary this summer.

The playing partner I met on the putting green spoke no English. Fortunately for me, his friend, Stephane Giquere of Saint-Constant, Quebec, did.

'In Montreal, there are a lot of flat courses,' he said. 'This is a mountain-type course. The scenery is nice, and it’s got some challenge. They keep it in pretty good shape. There are lots of undulations. You learn to play with the ball lower and the ball higher (in your stance) when the ground is not level.'

My first introduction to the French language, culture and food of Quebec was memorable, just in time for the real thing, the 2018 Ryder Cup in France. 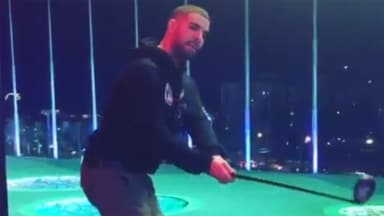 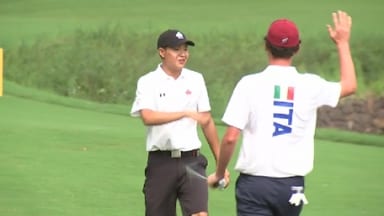 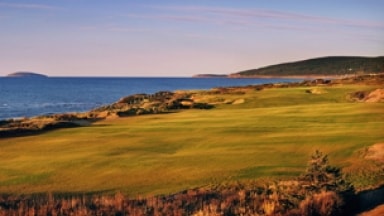