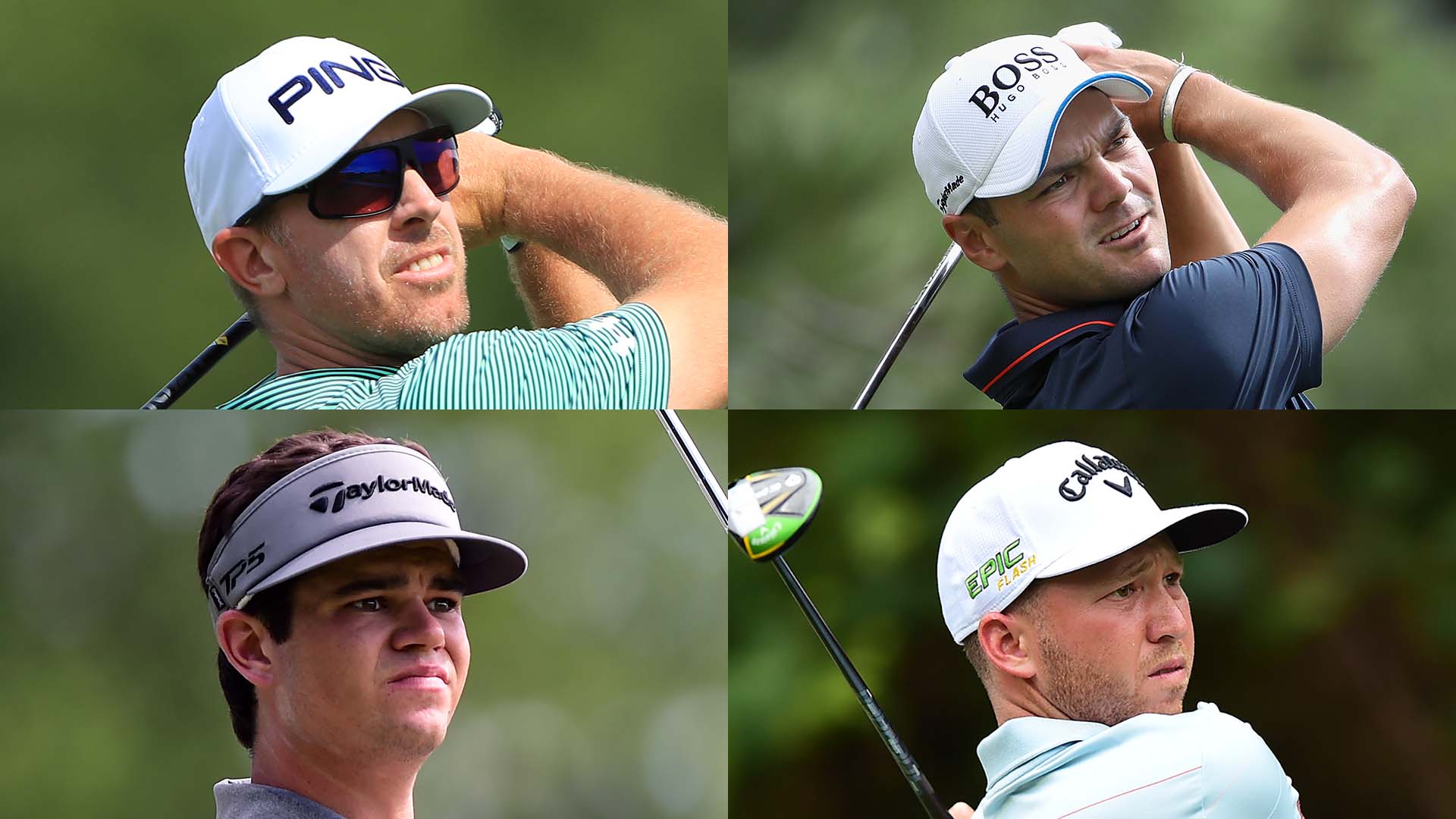 GREENSBORO, N.C. – Scores of players had their 2020 PGA Tour status finalized with the conclusion of this week’s Wyndham Championship. While several big names are inside the top 125 and will tee it up at next week’s Northern Trust, some notables ended up outside the all-important number.

The various layers of PGA Tour status run deep, and a few recent winners are saved by the fact that Tour victories carry multi-year exemptions. Among those who will remain exempt next season despite missing the top 125 are Austin Cook (130th), Jason Dufner (136th), Zach Johnson (154th), Jimmy Walker (158th) and Brendan Steele (171st).

But here’s a look at some of the marquee players who finished on the wrong side of the bubble and are not fully exempt for the 2019-20 season, with trips looming for many to the Korn Ferry Tour Finals later this month:

Martin Kaymer (150th): The German has not won anywhere since the 2014 U.S. Open, and his five-year Tour exemption for that victory at Pinehurst is officially over. Kaymer made only 14 official starts this season, meaning the Tour could potentially strip him of top-150 conditional membership for failing to meet the 15-start minimum.

Bill Haas (140th): Haas played this season on conditional status, and he’ll remain in that category next season unless he improves his position at KFT Finals. He has not won since Jan. 2015 and had only two top-10 finishes this season.

Hunter Mahan (184th): Mahan got his card back last year at KFT Finals, but a return to the main tour didn’t prove fruitful. The veteran made 20 starts but finished no better than a T-15 at the RSM Classic in November.

Daniel Berger (131st): Berger was on the Presidents Cup team two years ago, but he won’t return next week to Liberty National. After missing the fall because of injury, he’ll likely receive a medical extension to start next season with which he can return to fully-exempt status.

Beau Hossler (145th): Hossler came within inches of winning last year’s Houston Open, but did not find similar success in his sophomore campaign. In 26 starts, Hossler finished no better than his T-15 at the Genesis Open in February and he’ll head to Finals in order to improve on his conditional status after staying inside the top 150.

Ollie Schniederjans (180th): Two years ago Schniederjans nearly caught Henrik Stenson at Sedgefield, but this year he missed the top-125 number by a wide margin and hasn’t teed it up since missing the cut at last month’s Barbasol Championship.

Sam Saunders (173rd): With a bloodline bearing golf royalty, Saunders has had at least conditional Tour status each of the last four seasons. But he’ll need to return to KFT Finals to keep that streak alive after recording just two top-25 finishes.

Harris English (149th): English has won twice on Tour, most recently in 2014, and he’s been a staple on Tour since his rookie season of 2012. While he moved into the top 150 with a T-40 finish at Wyndham to snag conditional status, he’ll need a KFT Finals run to regain a full card.

Sangmoon Bae (205th): Bae missed two years of his prime because of mandatory military service in his native South Korea, and he won a KFT Finals event last year to regain his card. But he struggled mightily, missing 13-of-21 cuts, and because he finished outside the top 200 he is not eligible for a Finals return. Instead, he’ll be equipped with only lower-level past champion status next year.