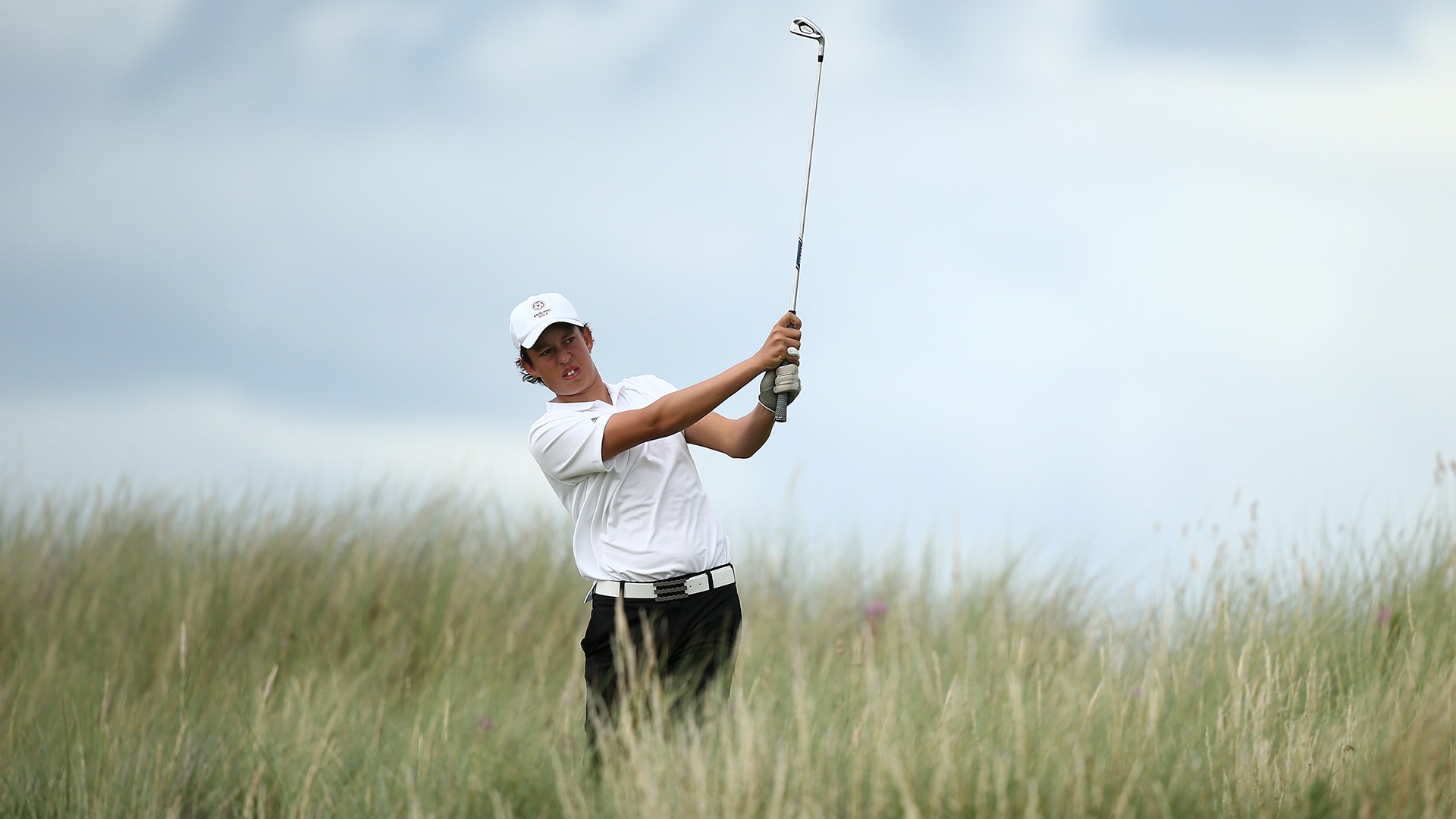 The golf world has a new phenom.

Hill, an English amateur who is based in Dubai, fired a final-round 62 to win by two shots at 17 under par.

At 15 years, six months and 27 days, Hill edged (by less than two months) the previous record set by Ryo Ishikawa in 2007.

Earlier this year, Hill, at 14, became the youngest player to secure his card through qualifying school for the MENA Tour, which hosts events in the Middle East and North Africa.

As Hill told the tour’s website afterward: “If you had told me during the summer that I will be winning a MENA Tour title against professionals and become the youngest-ever winner of an OWGR event, I would have laughed at the notion.”

Playing as an amateur, Hill had to forfeit the $13,500 first-place check. This was his second consecutive top-10 finish, following a seventh-place showing Oct. 6 in Abu Dhabi.