Bandaged Woods 5 back after even-par 71 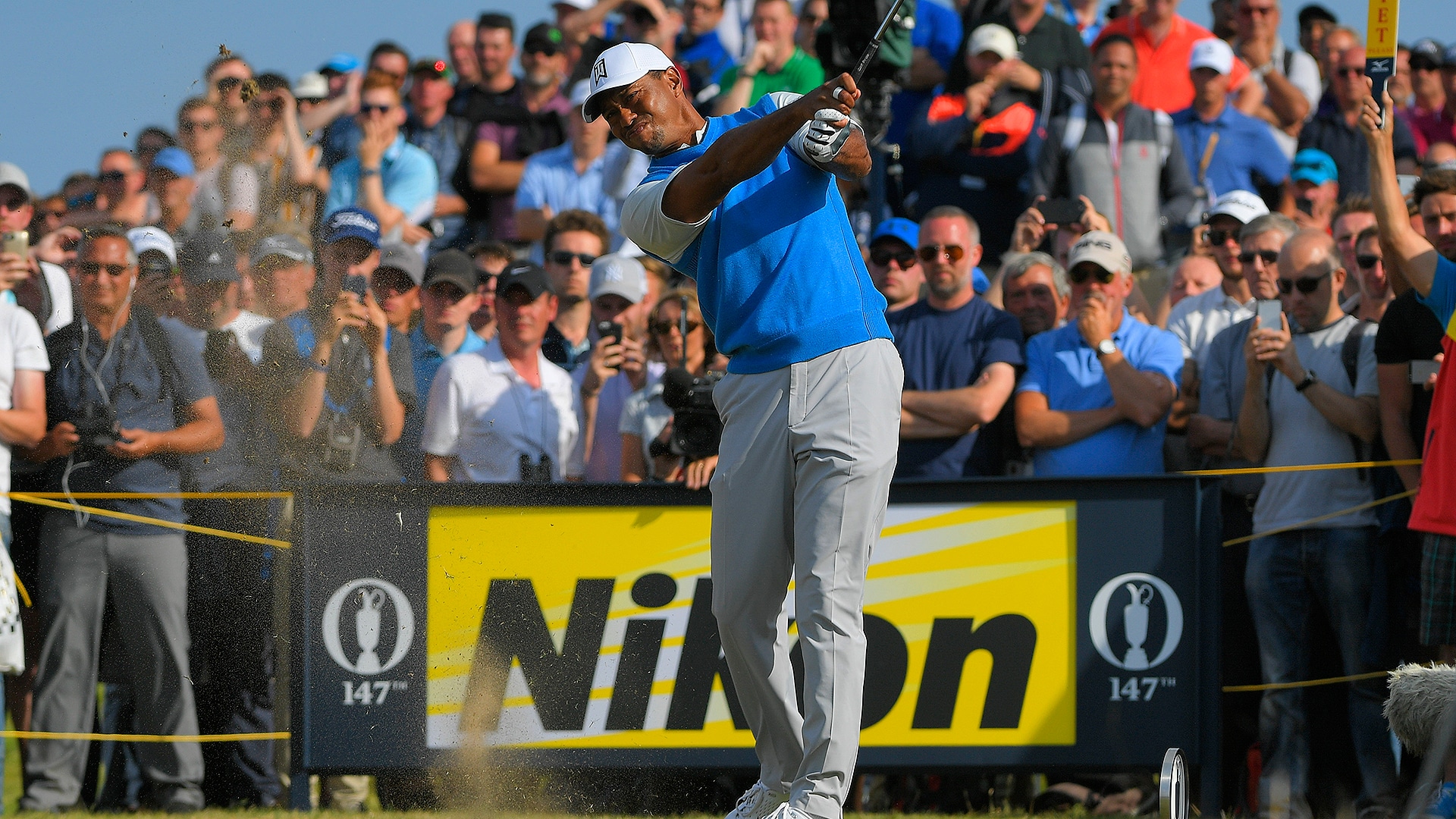 CARNOUSTIE, Scotland – Tiger Woods arrived Thursday with therapeutic tape on the back of his neck.

Playing in the most difficult conditions of the day, Woods’ progress was stalled by two late bogeys as he settled for an even-par 71 that left him five shots off the lead at The Open.

“I played better than what the score indicates,” he said. “It certainly could have been a little bit better.”

Woods created a stir when he showed up with black kinesiology tape on his neck. Afterward, he said that his neck has been bugging him “for a while” and that Thursday was merely the first time that the tape was visible.

“Everyone acts like this is the first time I’ve been bandaged up,” he said, smiling. “I’ve been doing this for years.”

Woods said that the discomfort didn’t really affect his swing, other than a few shots “here and there.” It didn’t seem to affect his score, either, as he went out in 2 under before a few stumbles on the back nine.

On the fast, baked-out turf, he played conservatively off the tee, using driver only once and 3-wood just twice. Apparently he didn’t need the added distance, not with his 6-iron traveling 240 yards. He tried to play to his spots, even if it routinely left him more than 200 yards for his approach.

That’s the strategy he employed at Hoylake in 2006, where he hit driver just once and captured the third of his Open titles. Despite some of the similarities in firmness, Woods said that Carnoustie presents a different challenge off the tee.

“These fairways are very small,” he said. “They’re hard to hit right now. They’re so fast, and they’re so moundy.”

Finding the fairway wasn’t the chief problem for Woods on Day 1, however. He missed just four fairways but found only 11 greens.

More damaging to his score was his play on the par 5s. Despite having only an 8-iron in, he failed to birdie each of the two par 5s and then bogeyed Nos. 10, 13 and 15 to squander his early momentum.

Though the draw here won’t be a significant factor – or at least not like in recent years, with a wide range in scores from morning to afternoon – it’s clear that Woods (in game 47 of 52) encountered the most difficult of the conditions Thursday, with the wind gusting to 20 mph and the fairways running even faster after another sun-splashed afternoon.

Still, his opening 71 was one of the better scores in the late wave.

“He hit it good,” said playing partner Russell Knox. “He plotted his way around, which I expected him to do, and he was very conservative off the tee. It’s kind of fun to watch him do that, to be honest.”

Even more fun would be a major with Woods in contention.

He hasn’t broken par in the opening round of his last eight majors. Indeed, for Woods, these slow starts have been the real pain in the neck.