Koepka still has chip on his chiseled shoulder 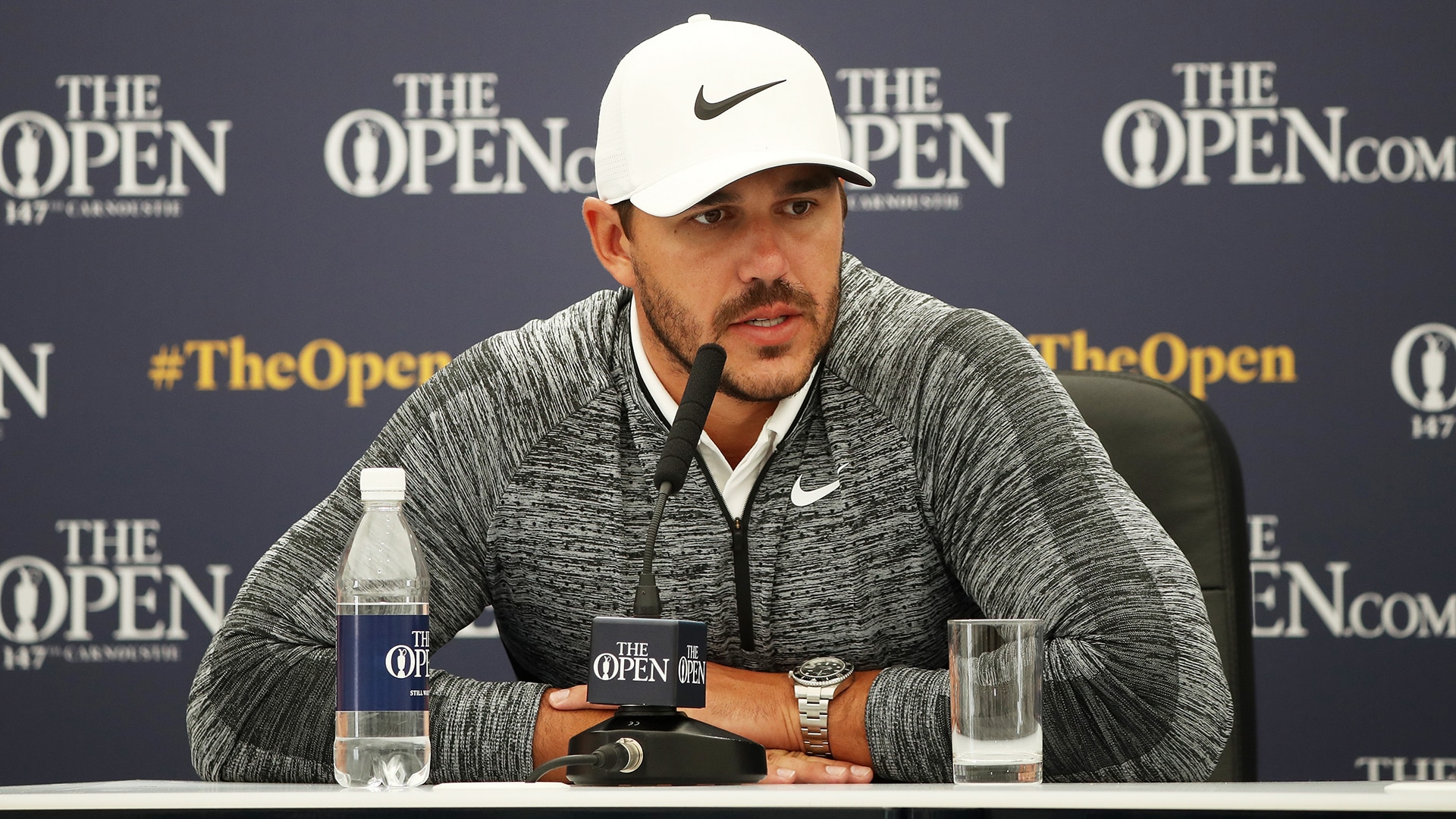 He picked up his clubs three times.

That’s three more than last summer, when the only shots he hit between the summer Opens was during a commercial shoot for Michelob Ultra at TPC Sawgrass. He still tied for sixth at The Open a month later.

This time, Koepka kept his commitment to play the Travelers, then hit balls three times between the final round in Hartford and this past Sunday, when he first arrived here at Carnoustie.

Not that he was concerned, of course.

Koepka’s been playing golf for nearly 20 years. He wasn’t about to forget to how to swing a club after a few weeks off.

“It was pretty much the same thing,” he said Tuesday, during his pre-tournament news conference. “I shared it with one of my best friends, my family, and it was pretty much the same routine. It was fun. We enjoyed it. But I’m excited to get back inside the ropes and start playing again. I think you need to enjoy it any time you win and really embrace it and think about what you’ve done.”

At Shinnecock Hills, Koepka became the first player in nearly 30 years to repeat as U.S. Open champion – a major title that helped him shed his undeserved reputation as just another 20-something talent who relies solely on his awesome power. In fact, he takes immense pride in his improved short game and putting inside 8 feet.

“I can take advantage of long golf courses,” he said, “but I enjoy plotting my way around probably - more than the bombers’ golf courses - where you’ve got to think, be cautious sometimes, and fire at the center of the greens. You’ve got to be very disciplined, and that’s the kind of golf I enjoy.”

Which is why Koepka once again fancies his chances here on the type of links that helped launch his career.

Koepka was out of options domestically after he failed to reach the final stage of Q-School in 2012. So he packed his bags and headed overseas, going on a tear on the European Challenge Tour (Europe’s equivalent of the Web.com circuit) and earning four titles, including one here in Scotland. That experience was the most fun and beneficial part of his career, when he learned to win, be self-sufficient and play in different conditions.

“There’s certain steps, and I embraced it,” Koepka said. “I think that’s where a lot of guys go wrong. You are where you are, and you have to make the best of it instead of just putting your head down and being like, 'Well, I should be on the PGA Tour.' Well, guess what? You’re not. So you’ve got to suck it up wherever you are, make the best of it, and keep plugging away and trying to win everything you can because, eventually, if you’re good enough, you will get out here.”

Koepka has proved that he’s plenty good enough, of course: He’s a combined 20 under in the majors since the beginning of 2017, the best of any player during that span. But he still searches long and hard for a chip to put on his chiseled shoulder.

In his presser after winning at Shinnecock, Koepka said that he sometimes feels disrespected and forgotten, at least compared to his more-ballyhooed peers. It didn’t necessarily bother him – he prefers to stay out of the spotlight anyway, eschewing a media tour after each of his Open titles – but it clearly tweaked him enough for him to admit it publicly.

That feeling didn’t subside after he went back to back at the Open, either. On U.S. Open Sunday, ESPN’s Instagram page didn’t showcase a victorious Koepka, but rather a video of New York Giants wide receiver Odell Beckham Jr. dunking a basketball.

“He’s like 6-foot-2. He’s got hops – we all know that – and he’s got hands. So what’s impressive about that?” Koepka said. “But I always try to find something where I feel like I’m the underdog and put that little chip on my shoulder. Even if you’re No. 1, you’ve got to find a way to keep going and keep that little chip on.

“I think I’ve done a good job of that. I need to continue doing that, because once you’re satisfied, you’re only going to go downhill. You try to find something to get better and better, and that’s what I’m trying to do.”

Now 28, Koepka has a goal of how many majors he’d like to win before his career is over, but he wasn’t about to share it.

Still, he was adamant about one thing: “Right now I’m focused on winning. That’s the only thing I’ve got in my mind. Second place just isn’t good enough. I finished second a lot, and I’m just tired of it. Once you win, it kind of propels you. You have this mindset where you just want to keep winning. It breeds confidence, but you want to have that feeling of gratification: I finally did this. How cool is this?”

So cool that Koepka can’t wait to win another one.