Europeans out to end the recent American dominance 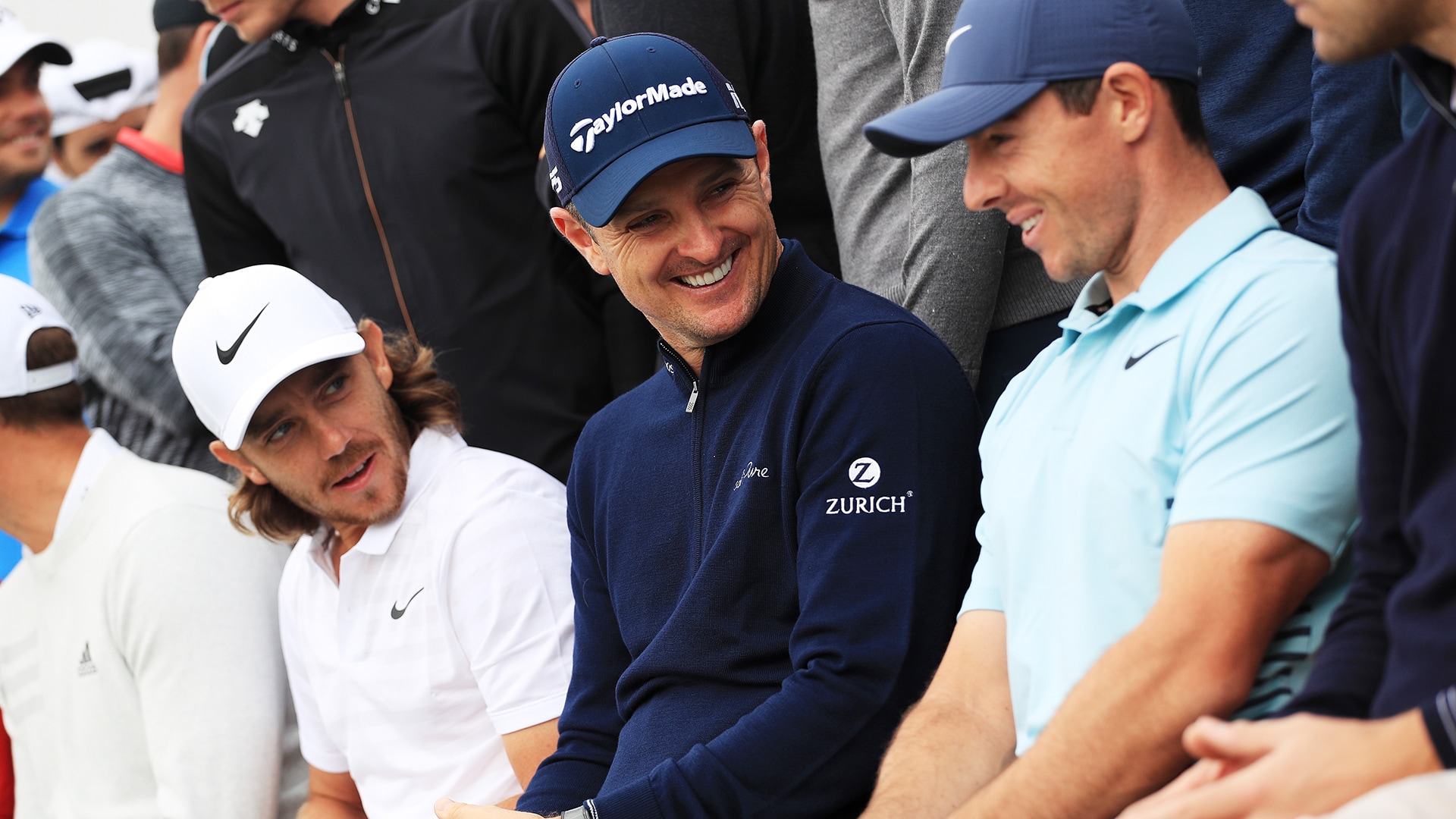 CARNOUSTIE, Scotland – In golf’s biggest events, the Americans have left the rest of the world feeling red, white and mostly blue.

If you’re wondering whether the U.S. currently holds a meaningful title, the answer is probably yes.

The No. 1 player in the world? Absolutely.

It’s been a popular talking point at the men’s majors, as Europe’s finest players have been peppered about why they’ve all seemingly fallen under Uncle Sam’s spell.

After all, the Americans haven’t ripped off five major wins in a row like this since 1981-82 – when Justin Rose was still in diapers.

“I don’t know what I’d put it to down to,” the Englishman said Tuesday, “other than the American boys in the world rankings and on the golf course are performing really, really well. The top end of American golf right now is incredibly strong.”

Since 2000, the Americans have taken titles at eight of the nine courses on the modern Open rota. The only one they’ve yet to conquer is Carnoustie, and that’s probably because they’ve only had one crack at it, in 2007, when an Irishman, Padraig Harrington, prevailed in a playoff.

Not since Tom Watson in 1975 has a U.S. player survived Carnoustie, arguably the most difficult links on the planet. But Americans ranging from Dustin Johnson to Tiger Woods comprise six of the oddsmakers' top 10 favorites, all listed at 25/1 or better.

“America, there’s no doubt about it, and there’s no other way to put it, other than they have an exceptional bunch of players at the moment,” Tommy Fleetwood said. “It just so happens that it has been a run of American golfers that have won majors, but at the same time, they’ve generally been the best players in the world at the time that they’ve won them.

Indeed, there’s not a fluke among them.

Since this American run began last summer at Erin Hills, Brooks Koepka (twice), Jordan Spieth, Justin Thomas and Patrick Reed have hoisted trophies. All were inside the top 25 in the world when they won. All were multiple-time winners on the world stage before that major. And all, most ominously for Europe, were 29 or younger.

“There’s a bit of camaraderie amongst all of them,” Rose said. “I know Brooks and Dustin are incredibly close, and you’ve got Rickie (Fowler) and Justin Thomas and Jordan as a group are all really close. It’s working really well for them. They’re spurring each other on.”

That’s why there’s even more anticipation than usual for the Ryder Cup. The Americans haven’t won on foreign soil in a quarter century, but this band of brothers is better and closer than those who have tried and failed before them. Couple that with a few aging stars on the European side, and there’s a growing sense that the Americans could be on the verge of a dominant stretch.

That should sound familiar.

During an eight-major span in 2010-11, the most common refrain was: What’s Wrong with American Golf? International players won six consecutive major titles during that stretch. They took over the top spot in the world rankings. They turned the Ryder Cup into a foregone conclusion. In the fall of 2010, Colin Montgomerie pounded his chest and declared that there’d been a “changing of the guard over to Europe,” and it was hard to find fault in his reasoning.

“European golf was very healthy a few years ago for a long time,” McIlroy said. “It seemed like every major someone from the island of Ireland turned up to, we were winning it. It doesn’t seem that long ago.”

So even though it’s been more than a year since an International player held any title of consequence, these types of runs are cyclical, and Europe in particular has no shortage of contenders.

Major drought or not, McIlroy is a threat every time he tees it up. Rose turns 38 in two weeks, but he’s playing arguably the best golf of his career, recording a top-10 finish in a ridiculous 17 of his past 21 starts. Fleetwood is fresh off a runner-up finish at the U.S. Open, where he closed with 63. Jon Rahm is a top-5 machine. Alex Noren just won on the Ryder Cup course in France.

“I think Tommy, clearly, showed how close the Europeans are to challenging that dominance as well,” Rose said. “So it’s not like we’re a mile behind. It’s just that they’re on a great run right now, and there’s no reason why a European player shouldn’t come through this week.”