They came, they saw and Molinari conquered The Open 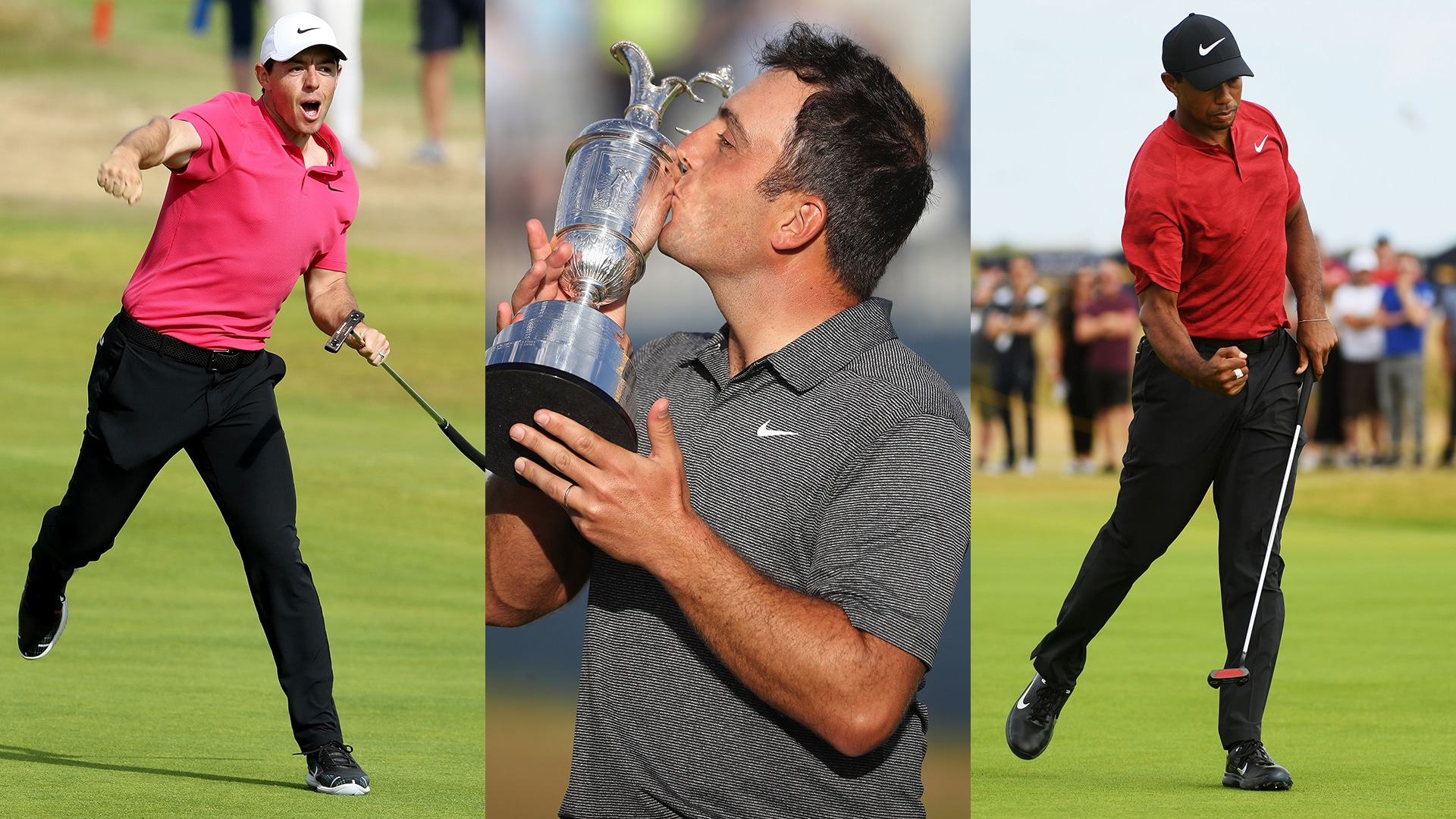 CARNOUSTIE, Scotland – From a perch above the 17th tee, next to a three-story grandstand that may well be the tallest structure on the Angus coast, the 147th Open Championship unfolded with more twists and turns than a Russian novel.

It was all there like a competitive kaleidoscope to behold. In quick order, Rory McIlroy’s title chances slipped away with a whimper, a par at the last some 100 yards to the left of the 17th tee. Tiger Woods, seemingly refreshed and reborn by the Scottish wind, missed his own birdie chance at the 16th hole, a half-court attempt near the buzzer for a player who is 0-for-the last decade in majors.

Moments later, Kevin Kisner scrambled for an all-world par of his own at No. 16 and gazed up at the iconic leaderboard as he walked to the 17th tee box, his title chances still hanging in the balance a shot off the lead.

Francesco Molinari was next, a textbook par save at No. 16 to go along with a collection of by-the-book holes that saw the Italian play his weekend rounds bogey-free. He also hit what may have been the most important drive of his life into what a Scot would call a proper wind at the 17th hole.

All this unfolded over a frenzied final hour of play at Carnoustie, offering just a taste of what the other four-plus hours of play resembled.

“I couldn't watch Xander play the last two holes, to be honest,” said Molinari, who became the first Italian to win a major. “That's why I went to the putting green, because I probably would have felt sick watching on TV,”

Carnoustie may not be the fairest of The Open rotation courses, but it certainly delivers the dramatic goods regularly enough.

Woods’ prediction earlier in the week that this Open Championship would come down to no fewer than 10 would-be champions seemed hyperbolic. It turns out he was being conservative with his estimate.

All total, 11 players either held a share of the lead or moved to within a stroke of the top spot on a hectic Sunday. For three days Carnoustie gave, the old brute left exposed by little wind and even less rough. Earlier in the week, players talked of not being able to stop the ball on the dusty and dry links turf. But as the gusts built and the tension climbed on Sunday, stopping the bleeding became a bigger concern.

If most majors are defined by two-way traffic, a potpourri of competitive fortunes to supercharge the narrative, this Open was driven in one direction and a cast of would-be champions with a single goal: hang on.

A day that began with three players – including defending champion Jordan Spieth, Kisner and Schauffele – tied for the lead at 9 under, quickly devolved into a free-for-all.

Kisner blinked first, playing his first three holes in 3 over par; followed by Spieth whose poor 3-wood bounded into a gorse bush at the sixth hole and led to an unplayable lie. It was a familiar scene that reminded observers of his unlikely bogey at Royal Birkdale’s 13th hole last year. But this time there was no practice tee to find refuge and his double-bogey 7 sent him tumbling down the leaderboard.

“I was trying to take the burn out of the equation by hitting 3-wood to carry it. It was unlucky. It went into the only bush that's over on the right side. If it misses it, I hit the green and have a birdie putt,” Spieth said.

Schauffele’s struggles coincided with Spieth’s, with whom he played on Sunday, with a bogey at the sixth sandwiched between a bogey (No. 5) and a double bogey (No. 7).

This opened the door to what the entire golf world has awaited, with Woods vaulting into the lead at 7 under par, the first time since the ’11 Masters he’d led at a major, and sending a low rumble across the course.

Since Woods last won a major, that ’08 U.S. Open at Torrey Pines on one leg, Spieth and Schauffele, who Tiger spotted four strokes on Sunday, graduated from high school; McIlroy went from phenom to four-time major winner and Donald Trump was transformed from being a TV celebrity to the President of the United States.

But the fairytale only lasted a few minutes with Woods playing Nos. 11 and 12 in 3 over par. They were the kind of mistakes the 14-time major champion didn’t make in his prime

“A little ticked off at myself, for sure. I had a chance starting that back nine to do something, and I didn't do it,” said Woods, who finished tied for sixth but will have the consolation prize of moving into the top 50 in the world ranking to qualify for the last WGC-Bridgestone Invitational at Firestone in two weeks.

But as Woods faded, McIlroy made a familiar move, charging in an eagle putt at the par-5 14th hole to tie Molinari and Schauffele at 6 under par. The Northern Irishman would run out of holes, playing the final four in even par to finish tied for second, but the moment wasn’t lost on him.

“It was great, just to be a part of it and hear the roars. Tiger being back in the mix. You know, everything,” McIlroy said. “There's a lot of big names up there. It was nice to be a part of it. For a while, I thought Tiger was going to win. My mindset was go and spoil the party here.”

By the time the final groups reached Carnoustie’s finishing stretch it was a two-man party, with Molinari proving for the second time this month that boring golf can be effective.

Although he’d won the European Tour’s flagship event in May, Molinari decided to add the Quicken Loans National to his schedule because of his precarious position on the FedExCup points list (122nd) – he won that, too. The week before The Open, he fulfilled his commitment to play the John Deere Classic, a requirement under the PGA Tour’s new strength of field rule, and finished second.

Although his track record at The Open was nothing special – he’d posted just a single top-10 finish in his first 10 starts at the game’s oldest championship – his machine-like game was always going to be a perfect fit for a brown and bouncy links like Carnoustie and a topsy-turvy final round.

“I told his caddie earlier this week, because I didn’t want to say it to [Molinari], I have a good feeling this week,” said Molinari’s swing coach Denis Pugh. “It was the perfect combination of clarity and confidence.”

With the sun splashing against the baked-out fairways, Molinari emerged from the clubhouse, wide-eyed and a little dazed after what could only be described as a major melee, his no-nonsense, fairways-and-greens game the perfect tonic for an Open that defied clarity until the very end.