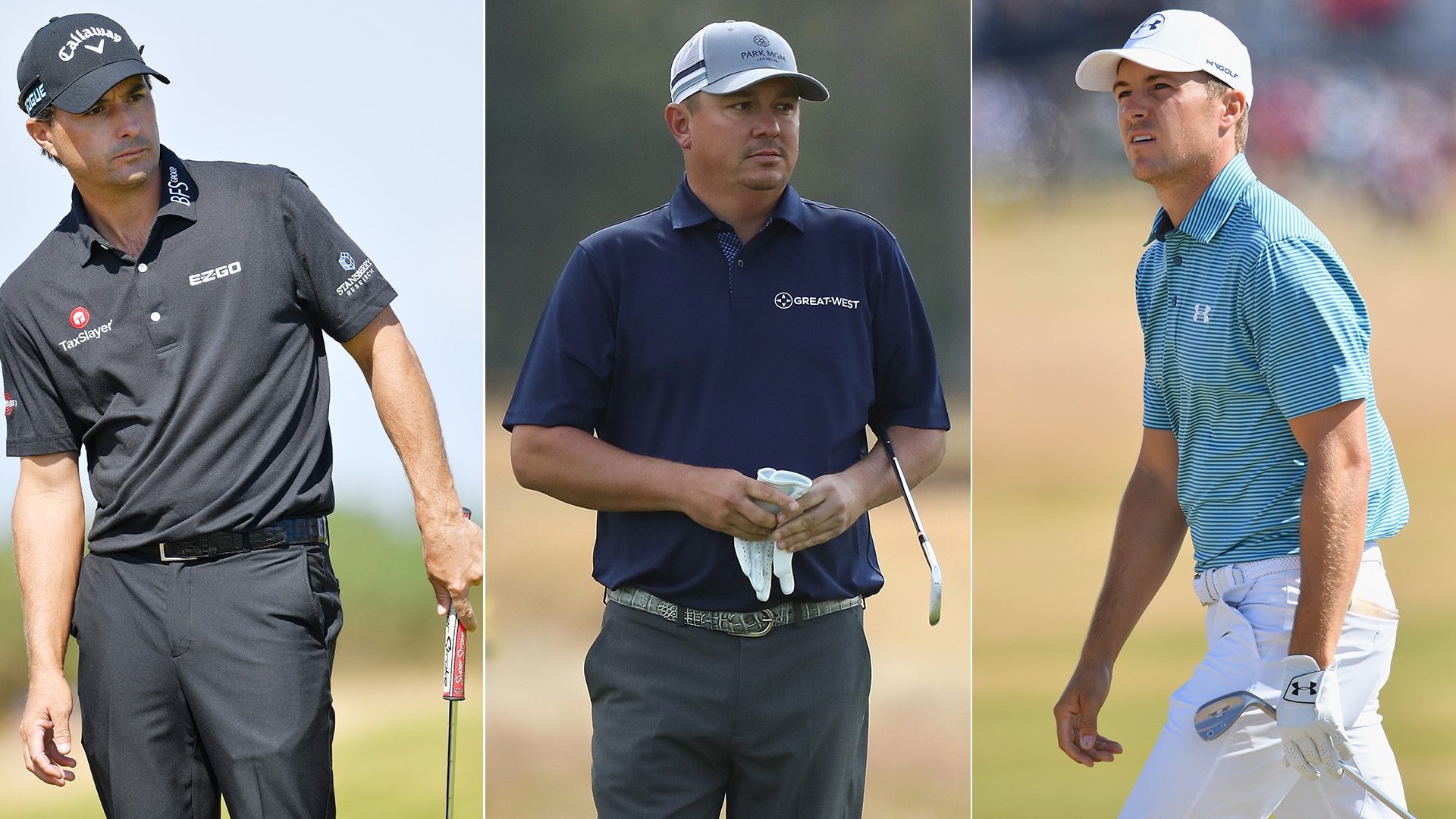 For the third consecutive year, some of golf’s biggest and brightest chose to set up shop on the same corner of the Angus coast, a testosterone-fueled riff session where feelings are never spared and thick skin is mandatory.

Among the eclectic “Super 7” who are sharing two houses in Carnoustie this week are defending champion Jordan Spieth, Rickie Fowler, Justin Thomas, Jason Dufner, Zach Johnson, Jimmy Walker and Kevin Kisner – a group that ranges in age from 24 (Spieth) to 42 years old (Johnson).

The tradition, or maybe “guy’s week” is a better description, began in 2016 at Royal Troon when Spieth, Fowler, Thomas, Walker, Johnson and Dufner all roomed together. Kisner was added to the mix this year and instead of baseball – the distraction of choice in ’16 – the group has gone native with nightly soccer matches. Actually, the proceedings more resemble penalty kicks, but they seem to be no less entertaining.

“I just try to smash [Dufner] in the face,” Kisner laughed. “He's the all-time goalie.”

For the record, his flat mates will attest to Dufner’s abilities as a goalie, although asked about his chances to make the U.S. national team Thomas was reluctant to go that far.

“As a U.S. citizen, I hope he does not make our team, but he's a pretty good backyard goalie,” Thomas said.

Thank you @traegergrills and @e3meatco for sending over a slice of home!!!!! Chef @michaelparker3036 went #fullsend tonight for us!!

The arrangement comes with a litany of benefits, from the camaraderie to the improved logistics of having so many VIPs under the same roof.

“Honestly, it just makes everything really, really easy because there's a lot of cars going to and from the golf course. They know our address. We have food essentially at our beck and call. And we have friends. I mean, we have some women [wives] in there to keep the frat house somewhat in order,” Johnson said. “But I mean, every individual there is great. It's fun.”

But this goes well beyond some random male bonding for what at the moment represents nearly one-third of the U.S. Ryder Cup team. This is a snapshot into a curious side of golf that’s as rare as it is misunderstood.

Unlike team sports, golf is a lonely pursuit. A player can collect as many swing coaches, sports psychologists and handlers around them as they wish, but there’s a connection between athletes at this level that creates a unique flow of ideas that’s normally only present during the annual team events, be it a Ryder or Presidents cup.

At this level, players talk a language only they understand that’s littered with the kind of insider give-and-take one would expect from PGA Tour winners and major champions. Between the two houses, which are adjacent to each other, there are eight major victories.

“I have zero, so I don't know how many they have,” Kisner joked when asked about his accomplished roommates.

Kisner is southern like sweat and sweet tea and can trade good-natured jabs with the best of them, but given the pedigrees assembled between the two houses he seems to understand the importance of listening.

“Everybody is just really chill, and it's a lot of fun to be around those guys. There's a lot of great players. It's really cool just to hear what they have to say,” Kisner said. “Everybody's sitting around at night scratching their head on what club to hit off of every tee.”

It’s worth pointing out that The Open winner has come from this group twice in the last three years, including 2017 champion Spieth, who took no small measure of inspiration from Johnson’s victory at St. Andrews in ’15.

Nor is it probably a coincidence that four of those players now find themselves firmly in the mix and all within the top 20 at Carnoustie, including Kisner who will have bragging rights on Thursday night following a first-round 66 that vaulted him into the lead.

“I probably get to eat first,” he smiled.

Brisket and Dinosaur Ribs for dinner with a great salad!!! Thanks @traegergrills @e3meatco for the goods again!!! Thanks again chef @michaelparker3036 for grinding at Day for us.

In their primes, Jack Nicklaus, Arnold Palmer and Gary Player would occasionally share a house, they even vacationed together from time to time – you know, SB1K68 – but the practice fell out of favor for a few generations. It’s hard to imagine Greg Norman enjoying a friendly kick-about with any of his contemporaries and even harder to think that Tiger Woods and Phil Mickelson could share a cab ride, let alone a house for a week.

Some say this type of fellowship is the product of a new generation who grew up playing junior golf against each other and logically took their bond to the big leagues, but that ignores the 40-somethings (Johnson and Dufner) in the frat.

Maybe it’s a byproduct of America’s Ryder Cup rebuilding efforts or an affinity for non-stop one-liners and bad soccer. Or maybe it’s a genuine appreciation for what each of the “7” have to offer.

“[Kisner] is good friends with all those guys, he likes to cut up and have a good time and talk trash. It’s a good little group,” said Kisner’s swing coach John Tillery. “This last year or two and the Presidents Cup and being on the teams with those guys has just escalated that.”

Some seem to think these friendships run a little too deep. That sharing a bachelor pad and dinner for the week somehow erodes a player’s competitiveness. But if the “Super 7” have proven anything, other than American golfers probably aren’t the best soccer players, it’s that familiarity can be fun.