Tiger has more than enough to win ... and he knows it 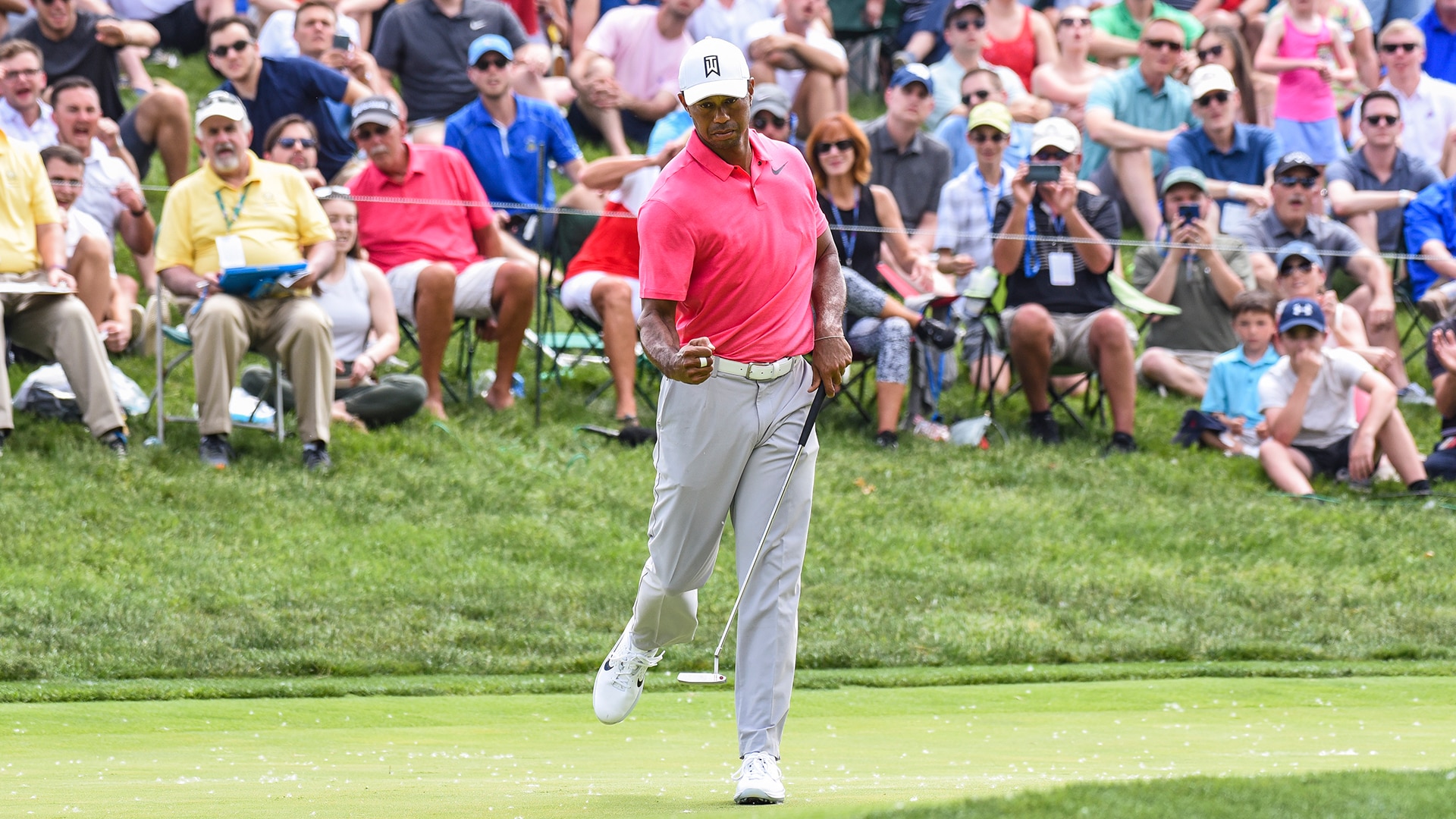 DUBLIN, Ohio – The list of firsts in this latest iteration of Tiger Woods’ comeback seemingly grows by the week, if not the day. But he unlocked an unusual achievement Saturday at the Memorial Tournament when he shot under par, moved into contention and still walked off the 18th green absolutely fuming.

The 4-foot miss for par on the final hole certainly contributed to his fiery mood. So, too, did a three-putt on No. 16 that cost him a share of the lead, and a short birdie miss two holes before that. But there was no mistaking the tension enveloping the room as he spoke to the media just after signing his card, describing a round that he felt should have been a 63 or a 64 and instead added up to 68.

“That’s probably the highest score I could have possibly shot today,” Woods said. “I played really, really well. I played beautifully, actually. Had total control of what I was doing out there and just didn’t finish it off.”

Minutes later, as Woods toiled on the putting green with the high afternoon sun beaming down, the culprit was clear. A balky putter has tainted two straight days of absolutely vintage ball-striking, keeping a potential weekend charge at bay and increasing the grade of the hill he’ll have to climb in the final round.

Despite stumbling out of the gates in the opening round, Woods has hit the ball well enough to tee off Sunday among the leaders on a course he once dominated – only to let the opportunity slip away, one short miss at a time.

“The scary thing is, everyone knows Tiger for being such a good putter. He hasn’t really shown that today, or this week,” said Patrick Reed, who played the third round alongside Woods. “He hasn’t putted well, and he’s still able to shoot the numbers that he is because of how well he’s hitting the golf ball.”

The halcyon days of spring, when Woods opined about the pleasure of simply being able to tee it up on a weekly basis without pain, seem like they’ve been quickly shuttered in the archives. Woods is living in the moment, fully cognizant of the strengths of his game and equally frustrated by the lingering elements holding him back.

The focus has once again shifted from injury updates and the status of his oft-injured back to the ups and downs of his scorecard on any given day.

It’s his preferred element, all things considered, and one where he thrived for nearly two decades. But that familiarity has also made the struggles on the greens this week sting a little more, knowing exactly how close he is to returning to full power after cobbling together his game from the ground up, one element at a time.

There was no mistaking a hint of venom when Woods was asked if he believes his game is “good enough to win” as currently constructed.

It’s the type of sound bite that could have been clipped off a YouTube reel from 2001, or even 2013: a frank assessment of a man who knows, and believes at his core, that what he has is more than enough.

“It’s close,” Reed said. “I mean, he missed a lot of short putts today. He made a couple good ones. Today, easily for him, could have been a 7 or 8 under par without blinking.”

He’ll have an opportunity to put all the pieces together during a final round expected to be interrupted by weather and one where he’ll face a deficit of several shots. But whether or not this is the moment when everything aligns, it’s becoming increasingly clear that such a round is fast approaching.

It’s also clear that simply showing up is no longer enough for a man whose expectations are ratcheting up with breakneck speed, just as the summer season hits its stride.

“I’m in a position where, if I shoot another good round like I had the last two days,” Woods said, “I’ve got a chance.”