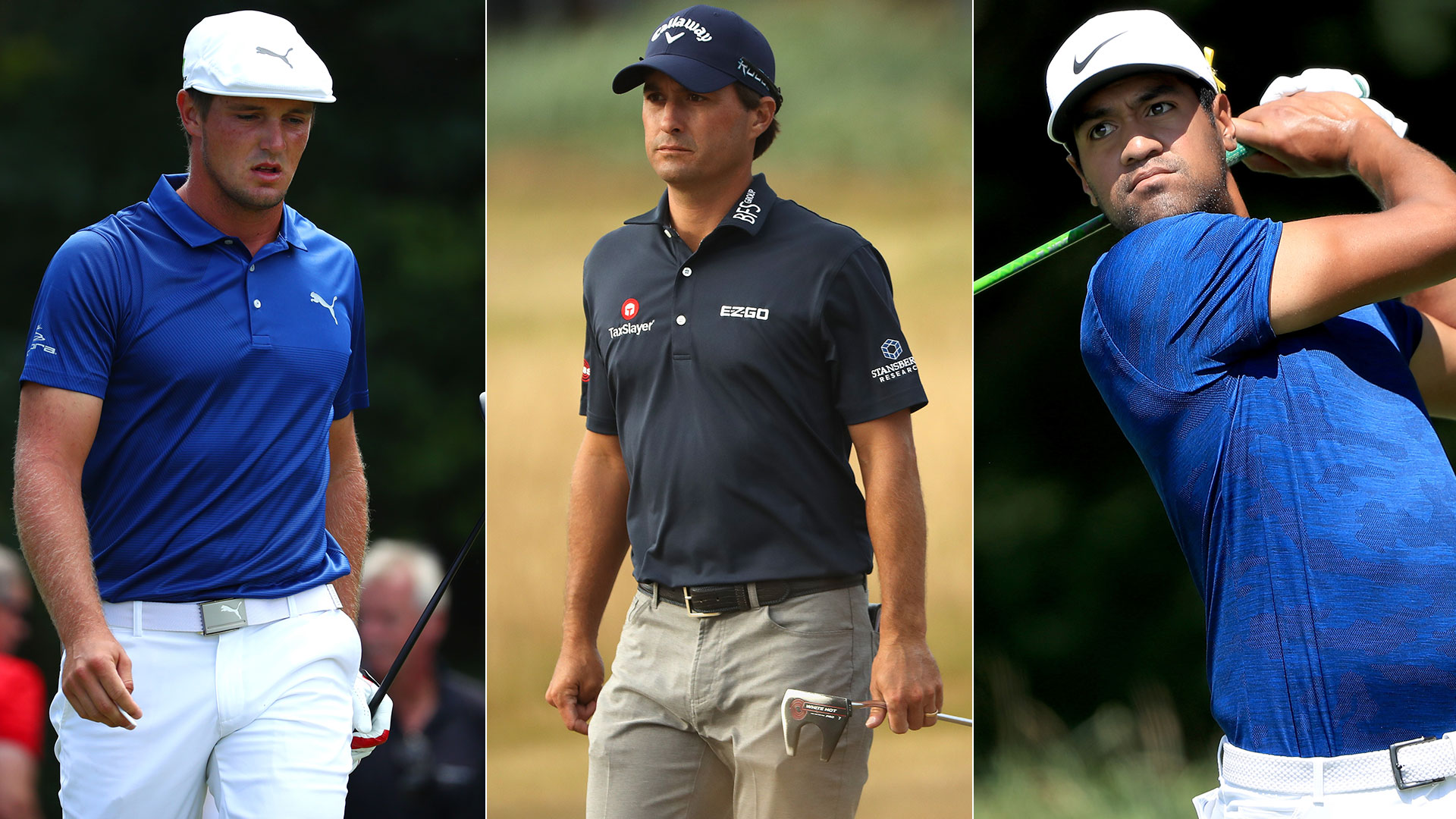 ST. LOUIS – Jim Furyk won’t just be focused on his own score this week at the PGA Championship.

He’ll also pay attention to the positions of all of his Ryder Cup team hopefuls.

The PGA marks the final week of qualifying for the U.S. squad. The top 8 players on the points list after the year’s final major automatically earn a spot on the roster. Furyk will make three of his four captain’s picks in four weeks, after the conclusion of the Dell Technologies Championship outside Boston, and then his final choice will be announced after the following week’s BMW Championship.

Only four players – Dustin Johnson, Justin Thomas, Brooks Koepka and Patrick Reed – are guaranteed to be in Paris. Bubba Watson and Jordan Spieth, Nos. 5 and 6, respectively, in the standings, have just about locked up their spots.

The other two spots are very much up for grabs.

Currently ranked seventh, Rickie Fowler has a 359-point lead over No. 8 Webb Simpson.

“It’s stressful,” Furyk said Wednesday. “It’s like there’s two scoreboards – one for playing, and one you’re getting at home checking out the guys around you. I’ve come to the PGA in the seventh or eighth spot a couple of times. You’re trying to figure out how Nos. 9, 10 and 11 played. It definitely becomes a tournament within a tournament.”

Here’s a look at the contenders:

Skinny: Barring a total meltdown over the past month, Captain Furyk would be hard-pressed to leave DeChambeau at home. The 24-year-old won the Memorial, finished in the top 5 in three other events, and has the backing of Tiger Woods. There are some question marks, however, given his unorthodox approach, and he raised eyebrows with his back-nine implosion at the European Open. If he can’t handle the heat in a lower-tier event in Germany, how will he stand up to 50,000 screaming Europeans in Paris? 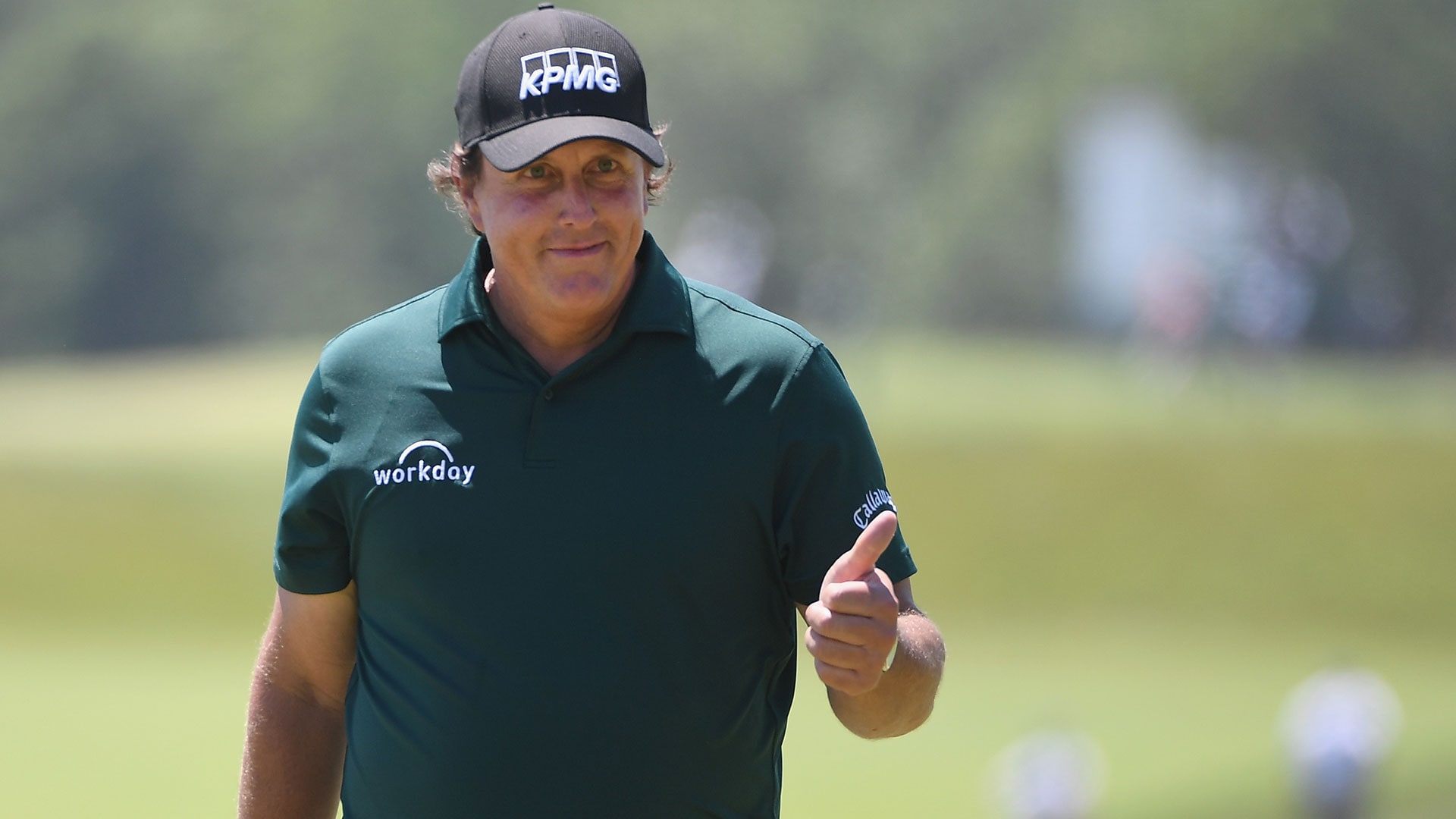 Skinny: Lefty would allow Furyk more flexibility if he qualified on his own. But even if he doesn’t crack the top 8, Mickelson will be on the squad as a pick. He’s the heart and soul of the U.S. team. The form he shows in the next two weeks will determine the number of matches he plays.

Skinny: The reigning PGA Tour Rookie of the Year had a quiet sophomore campaign until he tied for second at The Players, sixth at the U.S. Open and then played his way into the final group at Carnoustie, eventually tying for second. So that’s how he earned the majority of his points. Another strong major performance at the PGA would go a long way toward proving to Furyk that he’s ready for the big stage, and he won’t have to try hard to get the captain’s attention – they’re grouped together for the first two rounds at Bellerive.

Skinny: Mr. Reliable has plenty of team experience, but 2018 has been his worst year in nearly a decade. His top-10 at The Open was just his fourth of the year, and his first since late March. If he can show any form over the next month, he’s a good bet to land one of Furyk’s captain’s picks. He’d be a steady hand when paired with an unproven rookie.

Skinny: Like Schauffele, he’ll play the first two rounds here with Furyk, and he also got some quality time with the captain during a scouting trip to Paris before The Open. One of the longest hitters on Tour could have a field day at Charmin-soft Bellerive as he looks to improve on his underappreciated major record. He’s the only player with top-10s in the first three majors of the year, but it’s still unclear whether his brawny game is an ideal fit for a plodder’s paradise like Le Golf National.

Skinny: Stanley has emerged from the abyss to challenge for an automatic spot or even a pick. Ranked 409th in the world just three years ago, he’s climbed all the way to 26th. He won last year outside D.C. and has a pair of runner-up finishes this season in big-money events – the Memorial, where he lost to DeChambeau in a playoff, and also last week at the WGC-Bridgestone Invitational. Putting is his biggest weakness, however, and Ryder Cups always come down to the players who can shake in the most putts.

Skinny: He could have made this a lot easier on himself had he closed out a pair of major opportunities, both last year at the PGA and again last month at Carnoustie, where he shared the 54-hole lead. He’s struggled with consistency this year, but he’s deadly accurate off the tee, remains one of the best putters in the world and is a fierce competitor who wouldn’t back down from a challenge in Paris. A couple of good results could go a long way for Kiz.

Skinny: Basically, Woods needs to win to automatically crack the top 8, but it’s not going to matter. As long as he remains upright and somewhat competitive over the next month, he’ll be turning in his assistant’s walkie-talkie in exchange for a team bag.