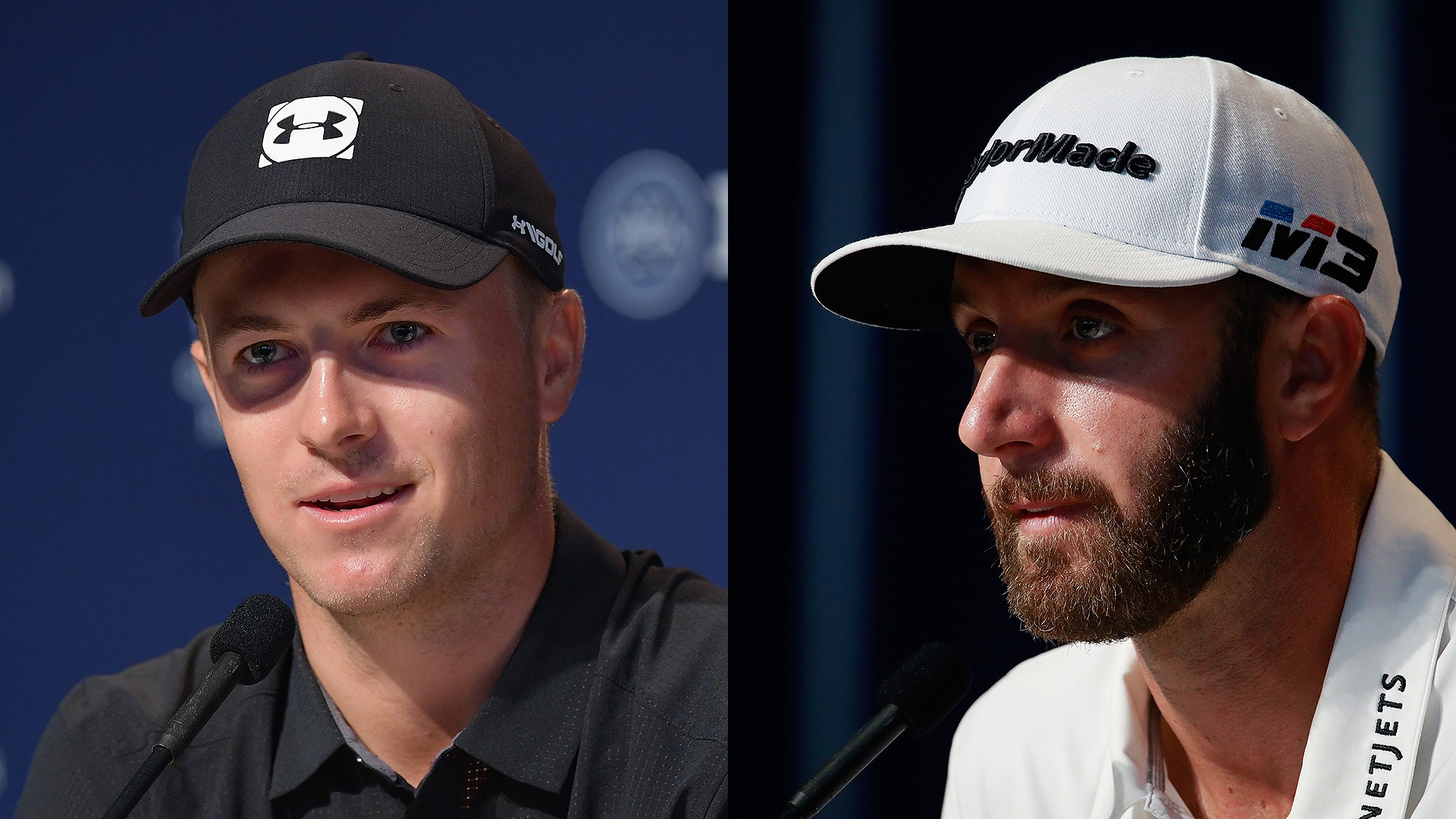 ST. LOUIS – If the fact that Jack Nicklaus has more major runner-ups (19) than major victories (18) was ever lost, it’s certainly been found.

These days, it’s an oft-cited bit of trivia, usually invoked in a Jack-or-Tiger debate.

But it also speaks to the idea that even the game’s best won’t win every time, and that frequent contention probably says more about a player than the odd victory amid years of futility.

In six years on Tour, Jordan Spieth has enjoyed a career’s worth of major triumphs and heartbreaks. There was the runaway at the 2015 Masters; the birdie-double bogey-birdie finish at the 2015 U.S. Open; the 12th-hole meltdown at the 2016 Masters; the driving-range theatrics at the 2017 Open; and the failure to convert a 54-hole lead last month at Carnoustie.

“Yeah, just goes back to if you put yourself in the position enough times, you're going to have some go your way and some that don't go your way,” Spieth said Tuesday at Bellerive, where he’ll take his second crack at completing the career Grand Slam.

“I've had instances where, like Chambers Bay, where I didn't think I won when I finished, and then I ended up winning the golf tournament. So it goes both ways. Look at Jack Nicklaus' career. There's a perfect example of it, with 19 seconds and 18 majors and, I don't know, probably 40 top-5s. I don't know the exact numbers, but the point is you put yourself in position enough, it will go your way sometimes, and sometimes it won't. And it's easier to accept if that's the way you look at it.”

If there’s anyone in the field this week who can relate to that sentiment – other than Phil Mickelson – it’s Dustin Johnson, who ended up three-putting the final green at Chambers Bay to hand Spieth his second major win.

Before finally breaking through at Oakmont, Johnson let multiple major opportunities slip away, including most notably when he was charged with grounding his club in an alleged bunker on the 72nd hole at the 2010 PGA at Whistling Straits.

He’s a 19-time Tour winner and the No. 1 player in the world, but he’s also 0 for 3 with a 54-hole lead in a major, most recently failing to seal the deal earlier this summer at Shinnecock.

How then does he square the success of being in the hunt with the failure of walking away empty-handed?

“I think that's tough to do,” he said. “But I feel like I look back and try to take what I did very well that week and try to look back at the good things I did. And then obviously try to learn from what I did, what I didn't do so well and why I didn't win. And I just try to improve that so that the next time I'm in the situation, I can hopefully handle it better.”

Johnson in his career has racked up 15 major top-10s, including four here at the PGA.