Come and get it: PGA ripe for low scores 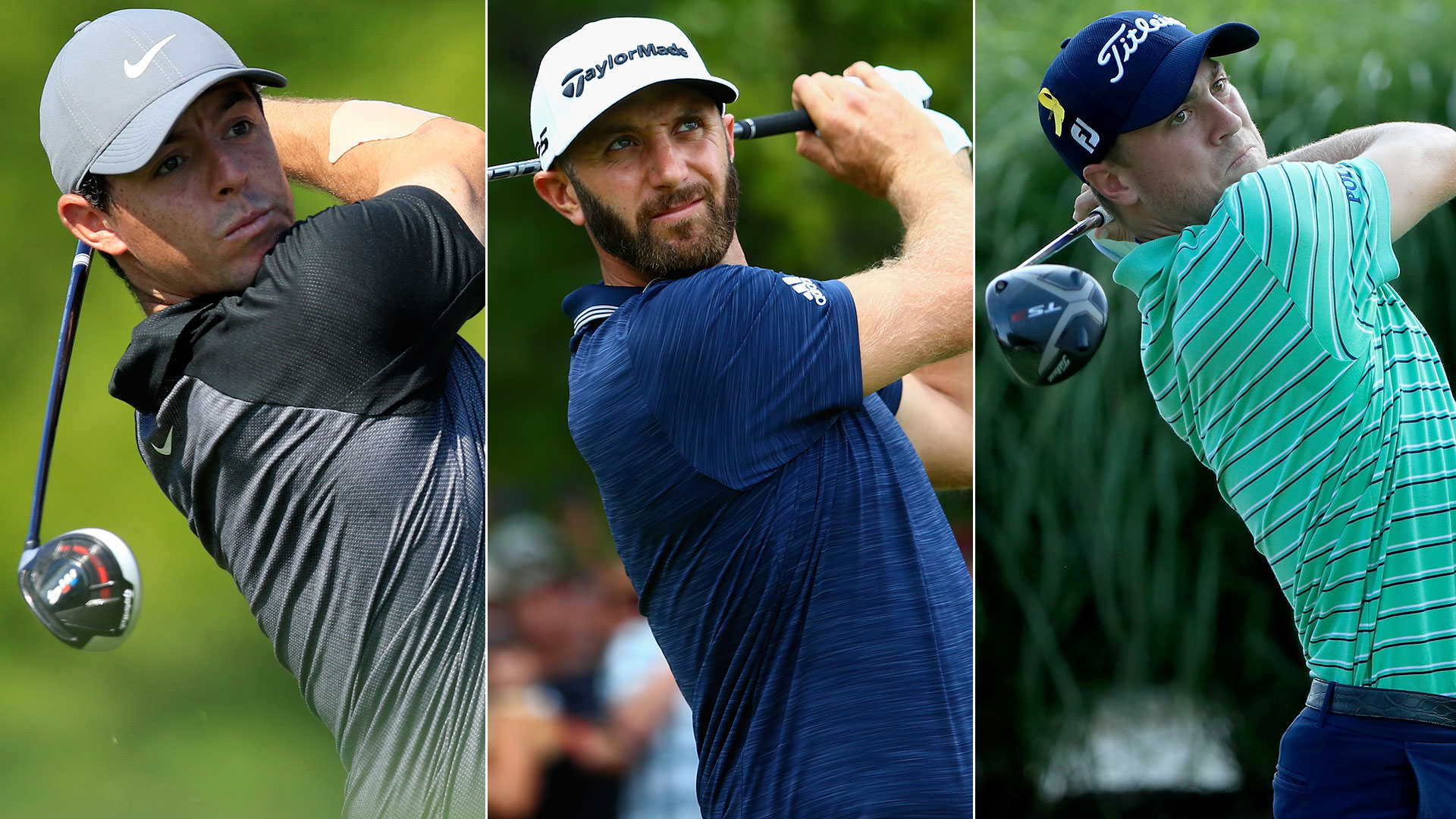 ST. LOUIS – Going the distance on a hot, steamy Midwest morning, Dustin Johnson bumped into Sergio Garcia and Tyrrell Hatton as they headed off the 10th tee at Bellerive Country Club.

Rather than wait for them to clear in front of him on the 508-yard par 4, Johnson instead launched a missile over their heads.

The crowd roared with laughter.

Then Rory McIlroy stepped up and fired another warning shot. Jon Rahm, too.

The last to play was Shane Lowry, and this made the group slightly uncomfortable, because Lowry is average length off the tee and Garcia and Hatton were fast approaching their golf balls.

“Hurry up! Hurry up!” McIlroy said, giggling. But sure enough, Lowry, too, had more than enough firepower to send it 300-plus.

Get used to that sight. Soft and swampy Bellerive will be under attack all week in the final edition of the August PGA Championship.

Beginning next year, the year’s final major will instead be contested second, sandwiched between the Masters and U.S. Open. The coordinated move allows the sport to showcase huge tournaments from March to August, the PGA Tour to end its wraparound season before football monopolizes viewership, the Olympics to have top billing in August 2020, and the PGA to expand its premier event to other parts of the country and appeal to 85 percent of its membership that is just beginning its season.

It’s a dramatic shifting of the golf landscape. In its 100-year history, the PGA has been played in nine different months, but it’s occupied the final spot on the major calendar 57 of the past 58 years.

That’s been its core identity, the reason why for years the PGA’s tagline was “Glory’s Last Shot.” And it was true. The PGA doesn’t have the grandeur of the Masters, the ruggedness of the U.S. Open or the tradition of The Open, but if nothing else it offered a final opportunity to salvage an uneven season, or to cap a great year, or to project ahead to bigger and better things for the following season.

That all changes in 2019, however, when the PGA will have to redefine what makes it distinctive – other than boasting the strongest field of any major (109 of the top 111 in the world are here) and the 20 spots reserved for the club professionals.

It’s telling, perhaps, that when asked about the defining characteristics of this championship, most players pointed to their world-class treatment and the user-friendly setups.

That everything from the lodging to the facilities to the staffing is convenient and accessible.

That it’s a fair test on a straightforward, no-frills layout.

That chief championships officer Kerry Haigh and Co. aren’t concerned with the winning score, whether it’s 5 or 15 under.

“I think you look at it as a really challenging, difficult PGA Tour event with the aura of a major championship and certainly the most competitive field in all of golf,” Jordan Spieth said.

Of course, that “really challenging, difficult” part could get tested this week.

After a scorching-hot summer, club officials had no choice but to keep Bellerive as soft as possible to avoid losing the course too early. Mother Nature’s impact can mostly be found in the greens, which have little root structure and should accept more soft-landing approaches, even from the rough. The actual surfaces putt better than they appear, but the PGA left a notice in the locker room alerting players that green speeds and conditions would be intentionally slower in practice than during competition rounds. An inch and a half of rain Tuesday only added to the belief that this will be quintessential target golf.

“I look at that as a positive,” Haigh said, “because I think we could have one of the most exciting PGA Championships ever played.”

Branden Grace carded the first 62 in major-championship history at last year’s Open Championship on a calm, windless day at par-70 Royal Birkdale, and there’s a growing sense that mark could be under assault this week.

The cushy Zoysia fairways make even tricky shots around the greens more playable. There are few disaster holes to make double bogey or worse. The greens themselves are massive targets, but almost all have smaller quadrants that balls can funnel into and increase the likelihood of hole-outs.

“If you put 98 of the top 100 golfers in the world on a beautifully manicured course with soft greens and little or no wind,” Haigh said, “I certainly hope and expect we’ll see a lot of birdies.”

If all goes well, Wednesday was the one and only time that Haigh planned to meet with the press. He doesn’t particularly enjoy the annual gathering, because his task is to showcase the best players on great layouts, nothing more, and that won’t change whether this tournament is played in August or May.

“I don’t like being up here,” he said. “I don’t really want to talk about it because we are not the story. It’s the players and the golf course.”

And that’s a mission statement that everyone who loves golf can support.