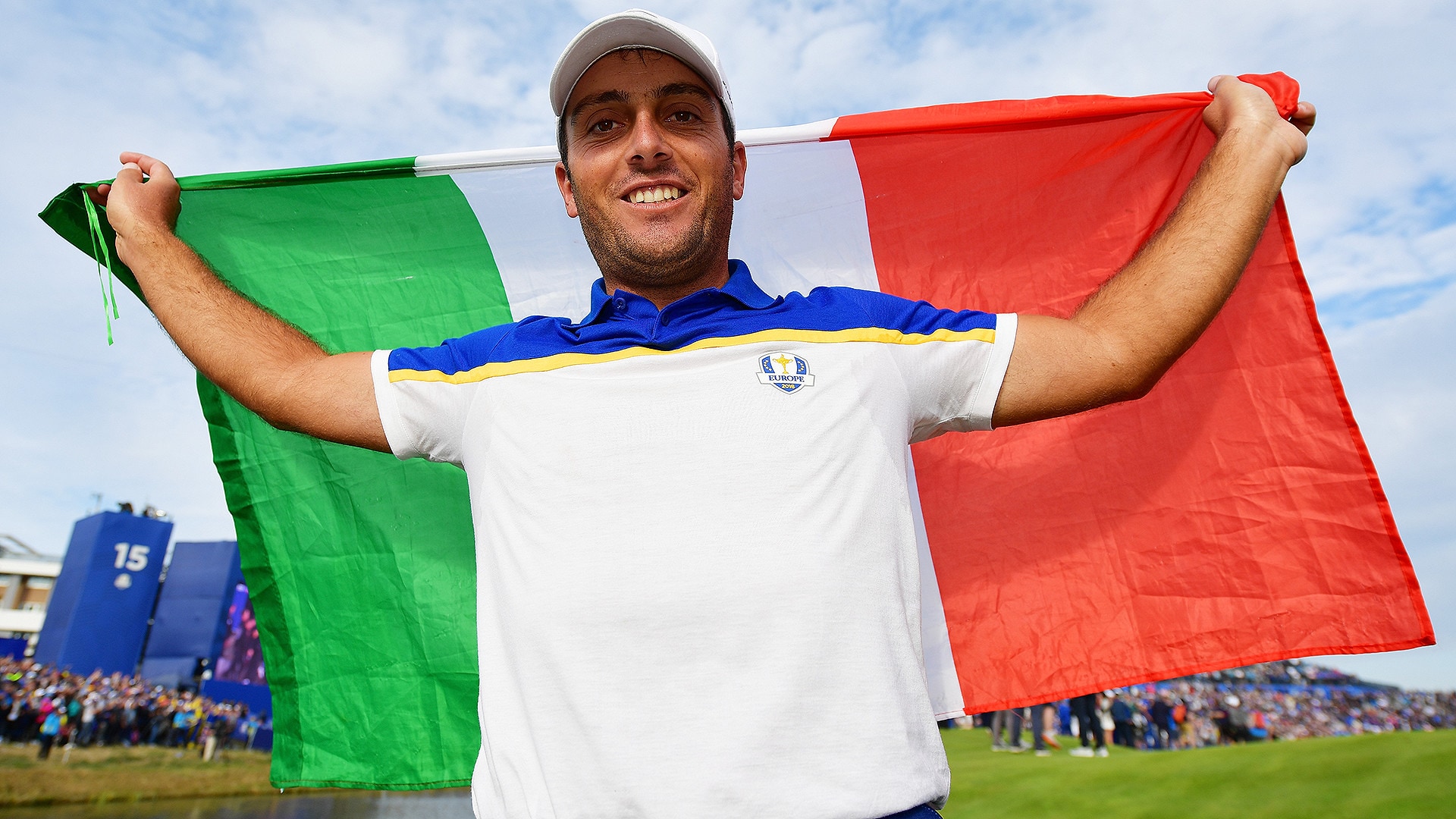 SAINT-QUENTIN-EN-YVELINES, France – Francesco Molinari capped off an amazing summer with an amazing performance at the Ryder Cup, going a perfect 5-0 in matches and clinching the winning point for his beloved European team.

Molinari teamed with Tommy Fleetwood to go 4-0 in their matches on Friday and Saturday at Le Golf National. That was one thing. But late on Sunday with it clear that Europe was going to win the Ryder Cup on home soil for the sixth consecutive time it started to look like Molinari might be in position to win the final point his team needed.

When playing opponent Phil Mickelson hit his tee shot on the par-3 16th hole into the water, Mickelson conceded the match, 4 and 2, and Molinari officially put Europe over the 14 ½-point edge.

“I’ve been kind of carried by the other guys the other two times I was on the winning side, and it was about time to help them and do a good job,” Molinari said. “But it’s really not about the individual. It’s about the group. It’s incredible.”

After a missed cut at The Players, an event Molinari had historically played well, he was ranked 33rd in the world. The next week he won the BMW PGA Championship, and that stared a span of six events where Molinari finished first three times and second twice. That included a victory at the mother of them all, The Open at Carnoustie. He’s now ranked fifth in the world, ahead of the likes of Rory McIlroy and Jordan Spieth.

On Sunday, after the year he’s had and the week he’s had, he had the chance to defeat Mickelson to win the final point Europe needed to win the Ryder Cup. He was the first European player to go 5-0 in a Ryder Cup and the fourth overall.

“I couldn’t even dream of a summer like this,” Molinari said. “To think before Wentworth, things were going OK, but not great, and then everything started clicking.

“Then after The Open, obviously physiologically there was a bit of a lull, but the main thing in mind was always this week, and I’m glad I showed up prepared and did the job.”