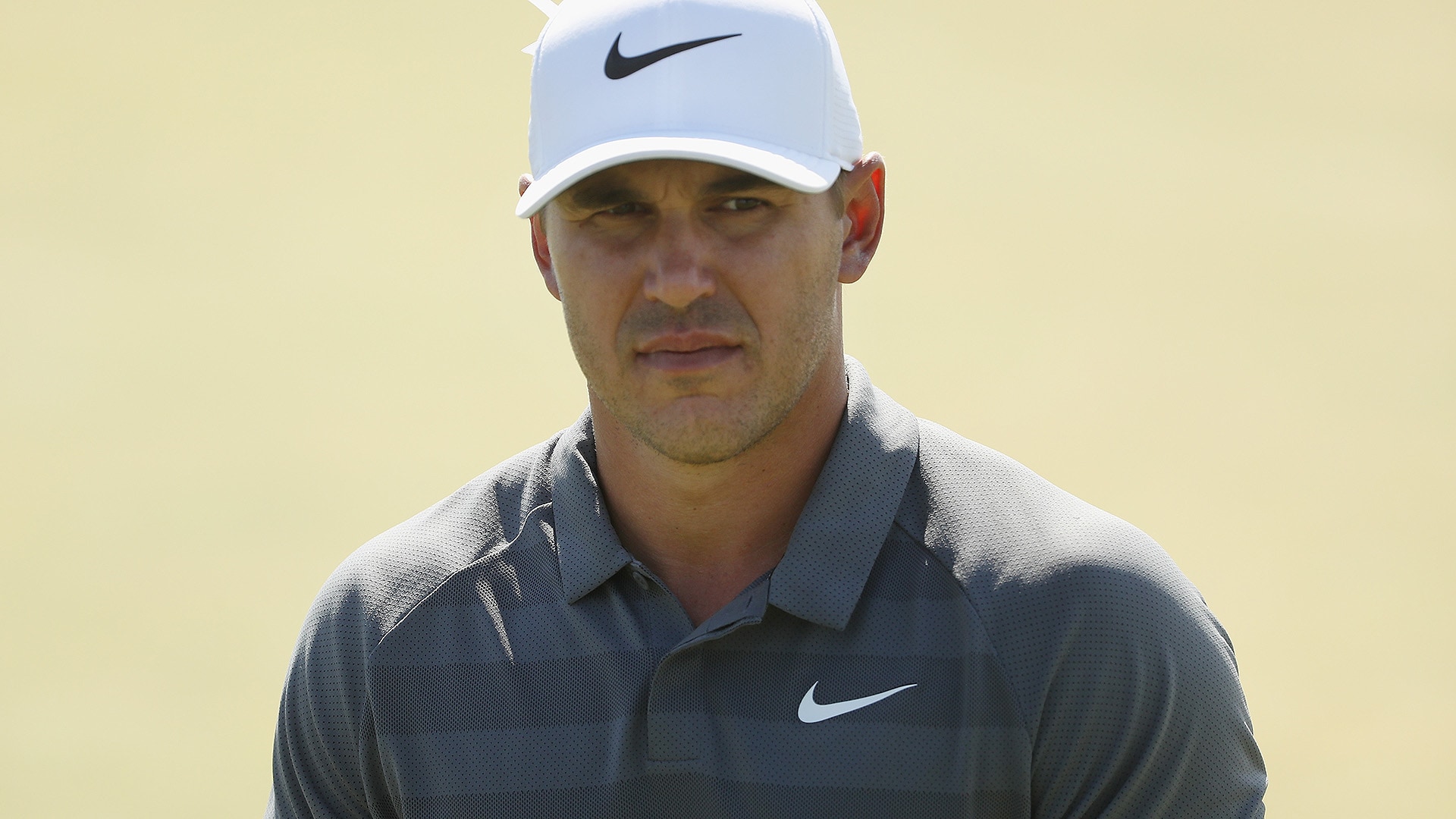 SOUTHAMPTON, N.Y. – One of the first things you notice when you meet Brooks Koepka – aside from the strong-safety build and movie-star looks – is that he doesn’t lack for confidence. It’s not arrogance; not an in-your-face brashness. He just makes George Clooney seem insecure.

On how he was able to regain his form so quickly after a wrist injury: “I know what I’m doing. I know how to swing a golf club. It’s a game that I’ve been playing my entire life.”

On his self-belief: “There’s nobody more confident here than me.”

On his mindset heading into Sunday: “I feel like you’ve got to take it from me.”

And his current status in the game: “I always feel like I’m overlooked. I couldn’t care less. I’m going to keep doing what I’m doing.”

Indeed, last week’s U.S. Open was a not-so-subtle reminder of the jock swagger that has carried him to two major titles. He knows that he’s good enough to win, and so it’s little surprise to him when he actually does.

Brooks’ bravado is nothing new to his father, Bob.

“I’ve trimmed him back a few times,” he said with a laugh Sunday night.

As a sixth-grader, Brooks became the No. 2 man on the Wellington Christian high school golf team. He shot 41 in his first match, a debut so auspicious that it landed him in the sports section of the Palm Beach Post. The caption: “Koepka shows a lot of promise.”

August 2001, Palm Beach Post. “A lot of promise” turned out to be an understatement. pic.twitter.com/8gK0UeXJDA

This was before Koepka routinely turned 400-yard par 4s into pitch-and-putts; in those days, he would hit driver on all nine holes, even on par 3s. But that didn’t dent his confidence. On the ride home from that match, a young Brooks laid out to his father his career plans – that he was going to drop out of school in four years and turn pro.

Bob Koepka slammed on the brakes and pulled his car onto the shoulder.

Koepka didn’t blossom into a slam-dunk prospect. He never won a Florida junior golf tour event. He won only once in college at Florida State. For years he struggled to match his own expectations with his results, and it became an expensive lesson in self-comportment.

“There were times when he came home with clubs that weren’t all together,” Bob said. “Sometimes he was a little too confident – he’d go to a pin he shouldn’t have and he didn’t have the short game he has now and it’d cost him.” Brooks paid for each and every one of those beheaded clubs, logging hours as a range picker and club cleaner at Bear Lakes in South Florida.

Once it all came together, nothing could replace the confidence of winning, and his big and brawny game proved uniquely suited for today’s tours.

Unlike most young stars – sorry, Rickie – Koepka didn’t even need to have his heart broken before he was ready to win a major. He’d already racked up four top-10s in Grand Slam events before he played in the penultimate group last year at Erin Hills.

Bob and his wife, Sherry, watched the final round from home, unable to find housing within 30 miles of the course in middle-of-nowhere Wisconsin. “My wife always says that Brooks has got that ‘Koepka Look,’” Bob said. “They showed a close-up on the first tee, and she said, ‘There’s that look. He’s got it today.’ He just carries himself with a lot of confidence.” And then he went on to bludgeon the field, closing with 67 and tying the lowest 72-hole score at a U.S. Open.

Having worked with Koepka for the past five years, caddie Ricky Elliott laughed when asked about his boss’ self-belief – “He’s not lacking any confidence, that’s for sure” – but noticed that he’d gone quiet midway through the second round at Shinnecock Hills. Koepka was 7 over, straddling the cut line.

And Elliott was right. Something clicked in Koepka’s swing, and he ripped off a 66 to surge into the top 10.

All of that talk about a Dustin Johnson coronation over the weekend?

“He knows how to put that little chip on his shoulder,” Bob said. “Anytime you present a challenge to him, he’s willing to step up and take that.”

Having missed out on his son’s breakthrough major last year, Bob wanted a front-row seat on Sunday. He ducked under the ropes on the 16th hole, clapping for one well-executed shot after another until Brooks took home the title by one over Tommy Fleetwood.

Though he didn’t bet on Justify, he chose his son in his home club’s U.S. Open pool. It seems that he, too, has confidence in Brooks’ ability.

Before heading off to the trophy presentation, he offered one final thought. “I hope you guys have a happy Father’s Day,” he said. “But I think I’m one-up on you.”