For Ireland: Brilliant Lowry wins The Open at Royal Portrush 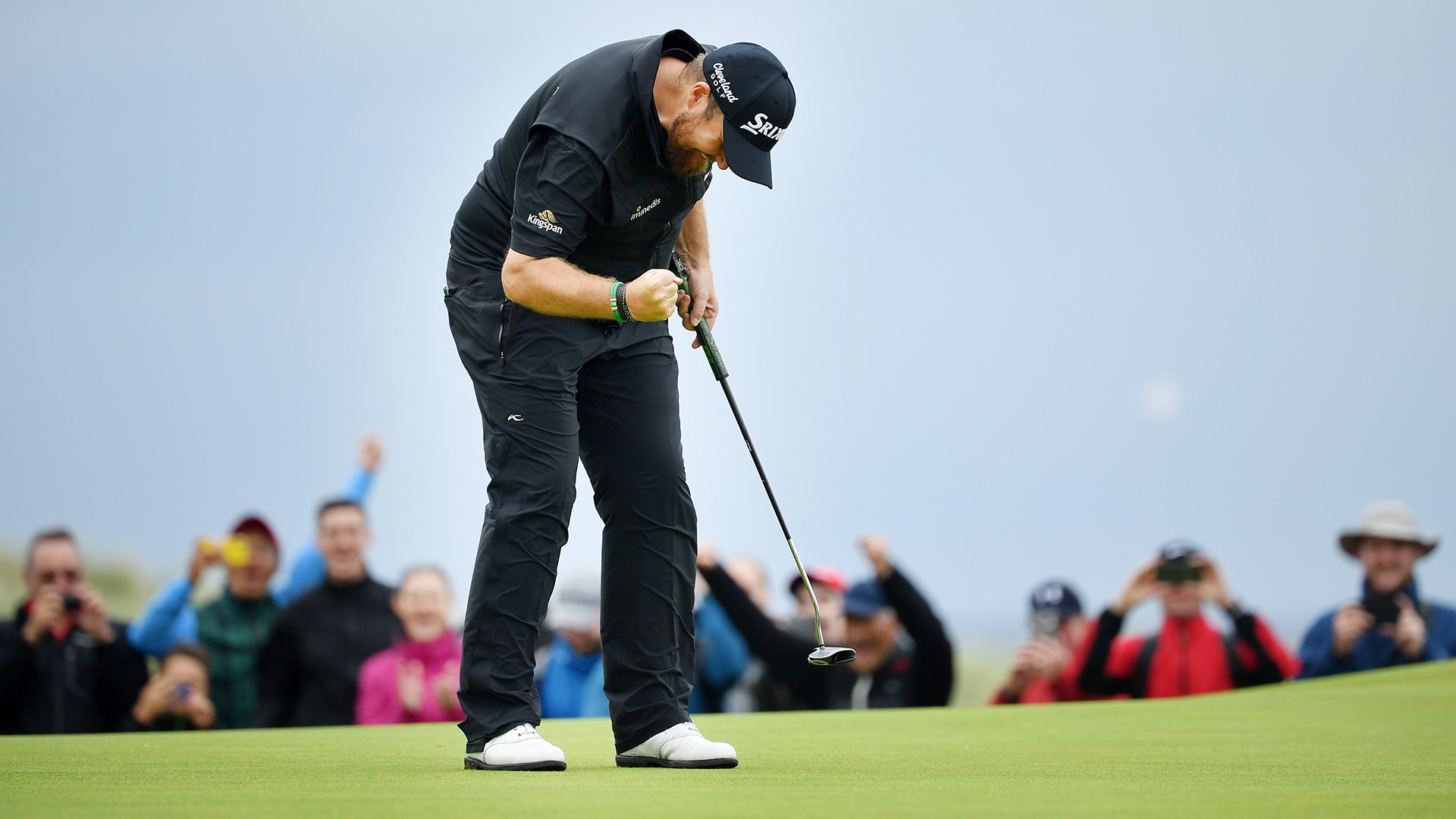 PORTURSH, Northern Ireland — On the strength of a final-round 72 Sunday, the Republic of Ireland’s Shane Lowry won the 148th Open Championship at Royal Portrush in a six-shot romp over runner-up Tommy Fleetwood.

The win is the first major championship for the 32-year-old, who burst onto the professional scene a decade ago with a win at 2009 Irish Open as a 22-year-old amateur.

Ten years later, Lowry strode up the 18th fairway at Portrush to a raucous ovation, as the weather-braving crowd hailed an Irish Champion Golfer of the Year in only the second-ever playing of The Open on the Emerald Isle.

Four clear of Fleetwood and six clear of the rest of the field to start the day, Lowry got off to a shaky start, holing a 10-footer for an opening bogey. He rebounded with birdies at Nos. 4, 5 and 7. Bogeys at Nos. 8 and 9 saw him make the turn in even-par 36, ahead by 5.

Following dropped shots at Nos. 12 and 14, Lowry put a bow on the championship with a birdie putt and a clenched fist at 15. The celebration was in full force a hole later, with Lowry flanked by fans on winding walk from the 16th green to 17th tee, as Calamity gave way to coronation.

When he arrived at the 18th, he was surrounded by fans who had been serenading him since Saturday night. But this time, there was no doubt remaining. The engraver had already etched Lowry’s name on the claret jug.

He pulled iron off the tee and fist pumped down the fairway to yet more song.  On his way to the green, he hugged his caddie, removed his cap, threw his hands in the air, and let the Portrush crowd pile in behind him, carrying him home to the sounds of Ole, Ole, Ole. Two putts later, it was over.

Lowry’s six-shot margin of victory was the largest for an Open champion since Louis Oosthuizen won by seven at St. Andrews in 2010.

This win officially puts to bed Lowry’s final-round collapse from the 2016 U.S. Open at Oakmont, where he likewise staked himself to a four-shot, 54-hole lead. That Sunday, a closing 76 left him three shots behind Dustin Johnson, in a three-way tie for second.

Lowry was asked to address that disappointment both Friday and Saturday here at Portrush, admitting that it took him a long time to process and move past the sting of a forfeiting a major lead. Once again sitting on a four-shot cushion Saturday night, Lowry displayed humor and candor. He said that while it would mean a lot to win this first major, and while it would mean even more to win this major at this golf course, he has more important concerns these days, namely his wife, Wendy, and two-year-old daughter, Iris.

“At Abu Dhabi (where he won) at the start of this year, four ahead going into the final round, I said to my wife, just have her there waiting for me when I finish, because no matter what happens I'm going to be either standing there with the trophy or it's going to be a disappointing day,” Lowry detailed Saturday night. “And it's going to be the same thing tomorrow.”

Almost 24 hours later, there were Wendy and Iris, hugging Lowry on the 72nd green and walking him to the scoring trailer. On the way, he went through a lengthy receiving line that included Portrush natives Graeme McDowell and Ricky Elliott (Brooks Koepka's caddie), and Padraig Harrington.

Lowry is just the second player from the Republic of Ireland to win The Open, joining Harrington, who went back to back in 2007 and 2008. This is the fifth win for a player from Ireland in the last 12 years, following the Republic’s Harrington and Northern Ireland’s Darren Clarke (2011) and Rory McIlroy (2014). Northern Ireland’s Fred Daly became the first Irishman to claim the claret jug in 1947.

After nearly seven decades of waiting, Ireland’s first Open in 68 years ended with an Irish champion.