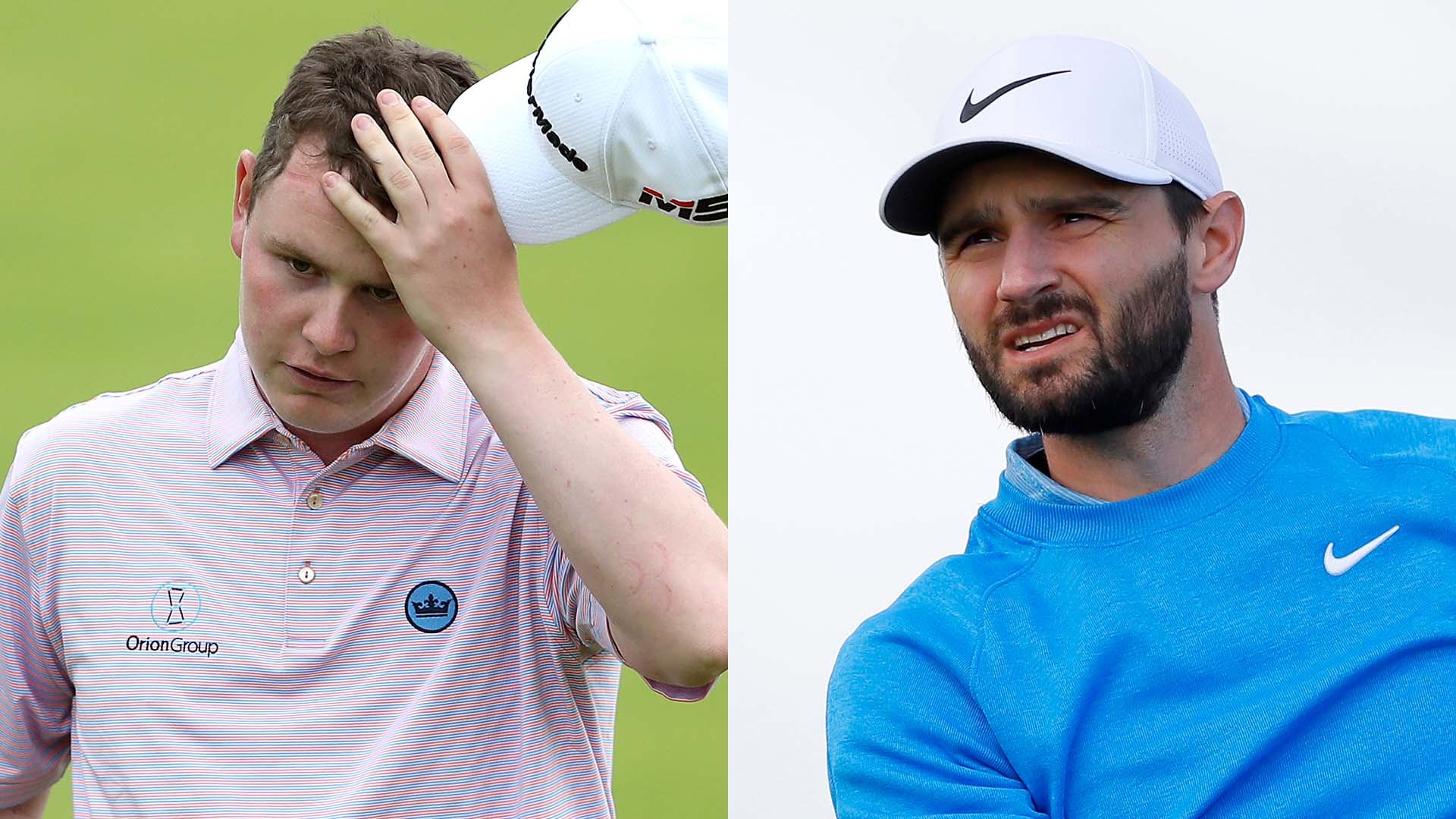 For a player who made the cut in his major-championship debut, Robert MacIntyre wasn’t all smiles Friday at The Open.

The 22-year-old Scot was reportedly unhappy with his playing competitor Kyle Stanley and confronted the American for failing to yell fore on two wayward shots – each of which hit spectators – during his second round at Royal Portrush.

“Aye, there were harsh words,” MacIntyre told The Scotsman. “It wasn’t too pleasant. But you’ve got to tell him it’s not right. He didn’t take it well at all.”

MacIntyre said that Stanley hit a marshal on the leg on the 14th hole before striking the mother of MacIntyre’s caddie, Greg Milne, on the 17th hole.

“We’re shouting fore as the ball is coming into the crowd, and he’s just standing watching it,” MacIntyre said. “And people didn’t have enough time to react when we shouted. It hit Greg’s mum, so I told him how it was. I said I wasn’t happy – and he didn’t really like my response. He’s the only one I’ve seen do that. It was straight into the crowd. It was into the crowd from the word go. And we’re expecting him to shout fore. She’s all right, I think, but it’s not what you want.

“… It’s on the [player information] sheets, it’s on everything, you shout fore.”

MacIntyre shot 1-over 72 and will enter the weekend at 2 under. Stanley fired a second-round 67 to also the make the cut at even par.