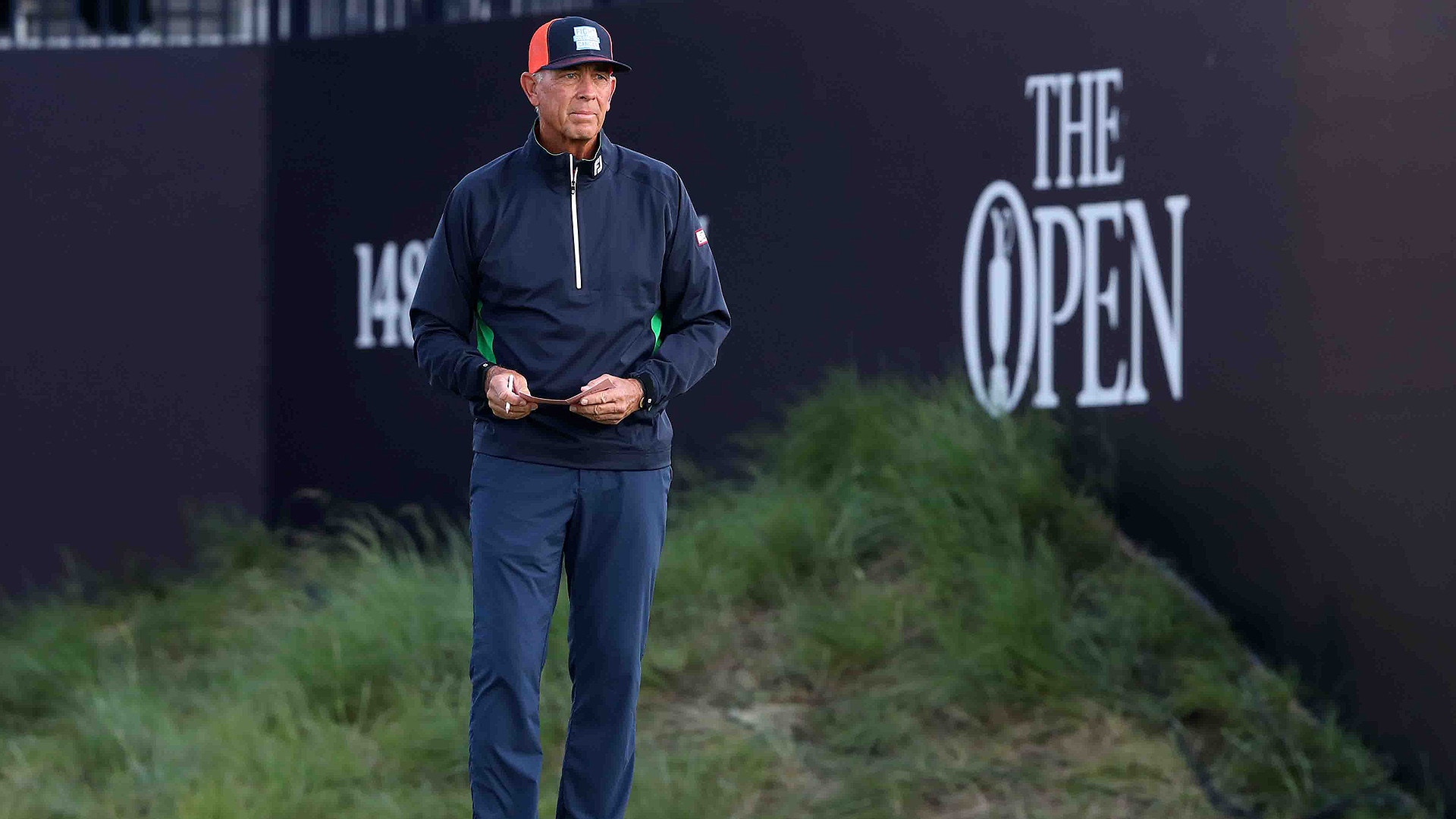 PORTRUSH, Northern Ireland – Two and a half decades after playing his first Open, Tom Lehman made a tearful exit from the championship that defined his career Thursday.

Lehman was putting the finishing touches on a second-round 76 at Royal Portrush that would leave him well outside the cut and took a few emotional moments on the 18th green to savor the scene.

“There was emotion for sure,” Lehman said. “You don't really know how you're going to react to the last thing of something. And this one was very sweet and joyful.”

Although the 60-year-old won five times on the PGA Tour, it was his 1996 victory at Royal Lytham where he held off Ernie Els and Mark McCumber that stood as the pinnacle of his career. He’d only have one more brush with victory in the game’s oldest championship, a tie for fourth in 2000, but The Open always seemed to bring out the best in him.

When he was asked his favorite moment in the championship, Lehman recalled the English police officer who walked with him in ’96 at Lytham.

“On 18, as you know back then you hit the second shot on the green and then the crowd runs forward. He kind of got in front of me, and he held me with one arm behind his back, and he just started kind of sweeping people out of the way,” Lehman said. “He puts his arm around me and he says, ‘Aye, Tom, we've been through a lot of s*** together, but now you're on your own.’”

Lehman could still qualify for another Open if he were to win The Senior Open, which will be played next week at Royal Lytham.