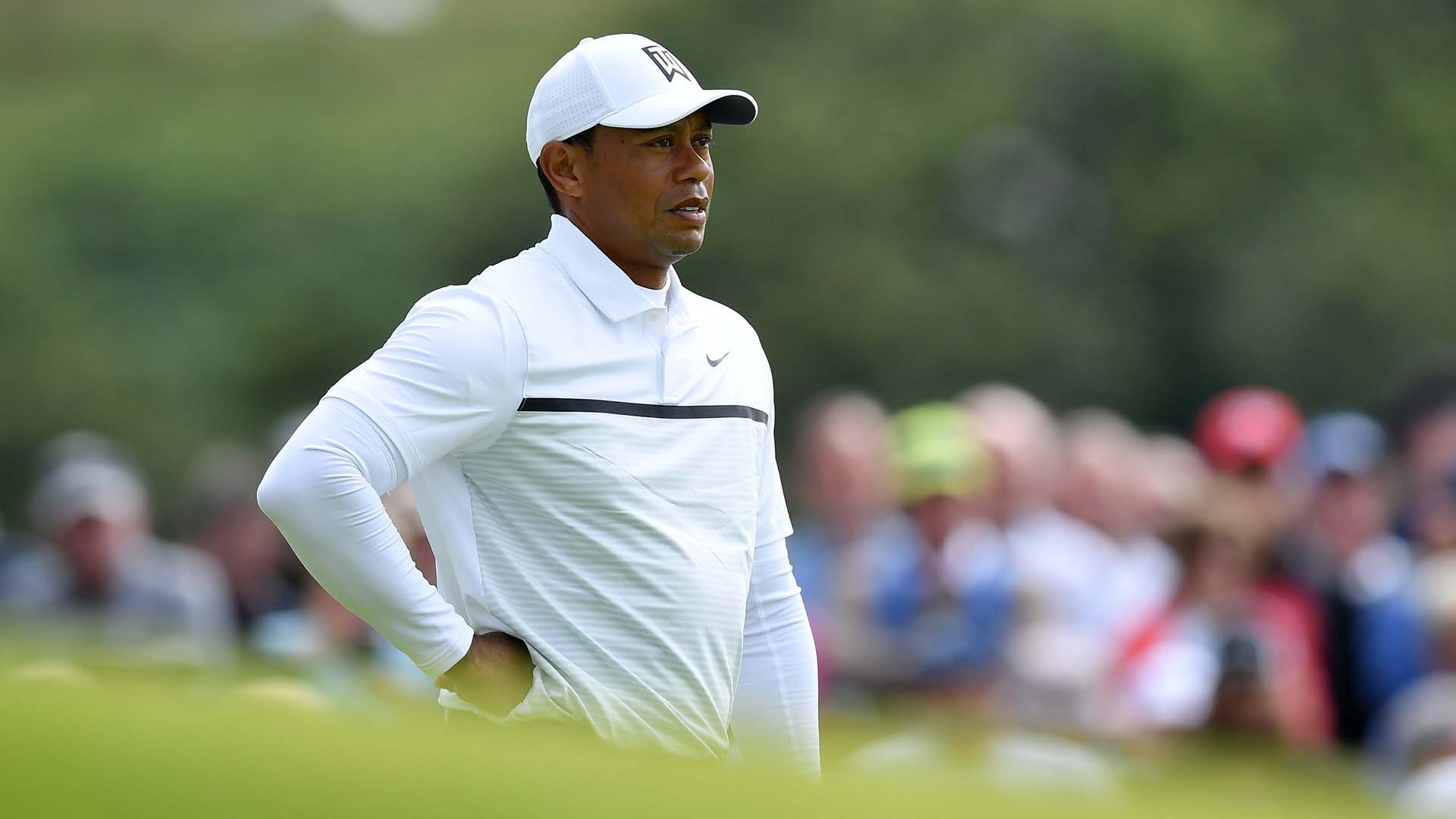 PORTRUSH, Northern Ireland – It was better. Much better. But Tiger Woods said he still felt the same as he did on Thursday, which was sore and tired. Tiger shot a second-round 70 at The Open and, for a bit, he was within two shots of the cut line. But he bogeyed the last two holes to fall well off the mark and finish his championship at 6 over.

Here are some nuggets from Royal Portrush:

• Although Tiger said he didn’t feel any better, this round was miles better. There seemingly wasn’t as much rust, or as many wayward shots. Right of the gate, Tiger birdied the first hole from 30 feet, and then made another at the par-3 sixth hole.

• Bogey at the par-5 seventh hole killed the early momentum and really, stifled it for the rest of the round. It was a bad bogey, from the middle of the fairway. In fact, Tiger performed poorly on the three par 5s both days, playing the six holes in 2 over.

• Consecutive birdies on the 10th and 11th holes briefly moved Tiger to 4 over. At the time, the cut line was only 2 over. Ten minutes later the cut line moved to 1 over, and by the time Tiger was standing on the 17th tee he was essentially eliminated from playing the weekend. He closed with two bogeys.

“It’s more frustrating than anything else because this is a major championship and I love playing in these events,” he said. “I love the atmosphere. I love just the stress of playing in a major. And unfortunately, I’ve only had a chance to win on of them and was able to do it. But the other three I didn’t do very well.”

• So, this is the last major championship of the decade. Tiger played in 28 of 40 majors and missed only eight cuts. But it’ll always be the one he won during this decade that people will remember most. Oh, that glorious week last April in Augusta, Ga.

• What now? Well, even though he’s eligible to play in the WGC-FedEx St. Jude Invitational next week in Memphis, he will take the week off. In fact, he’ll take two weeks off and then play the FedExCup Playoffs, which could mean three straight weeks. He’s 23rd in points, so he has a little work to do the first two weeks in order to qualify for the Tour Championship in Atlanta and a chance to defend his crown.

“I had a long trip to Thailand (for vacation) and then trying to get ready for this event, to play this event,” he said. “It’s been a lot of travel, a lot of time in the air, a lot of moving around and different hotels and everything.