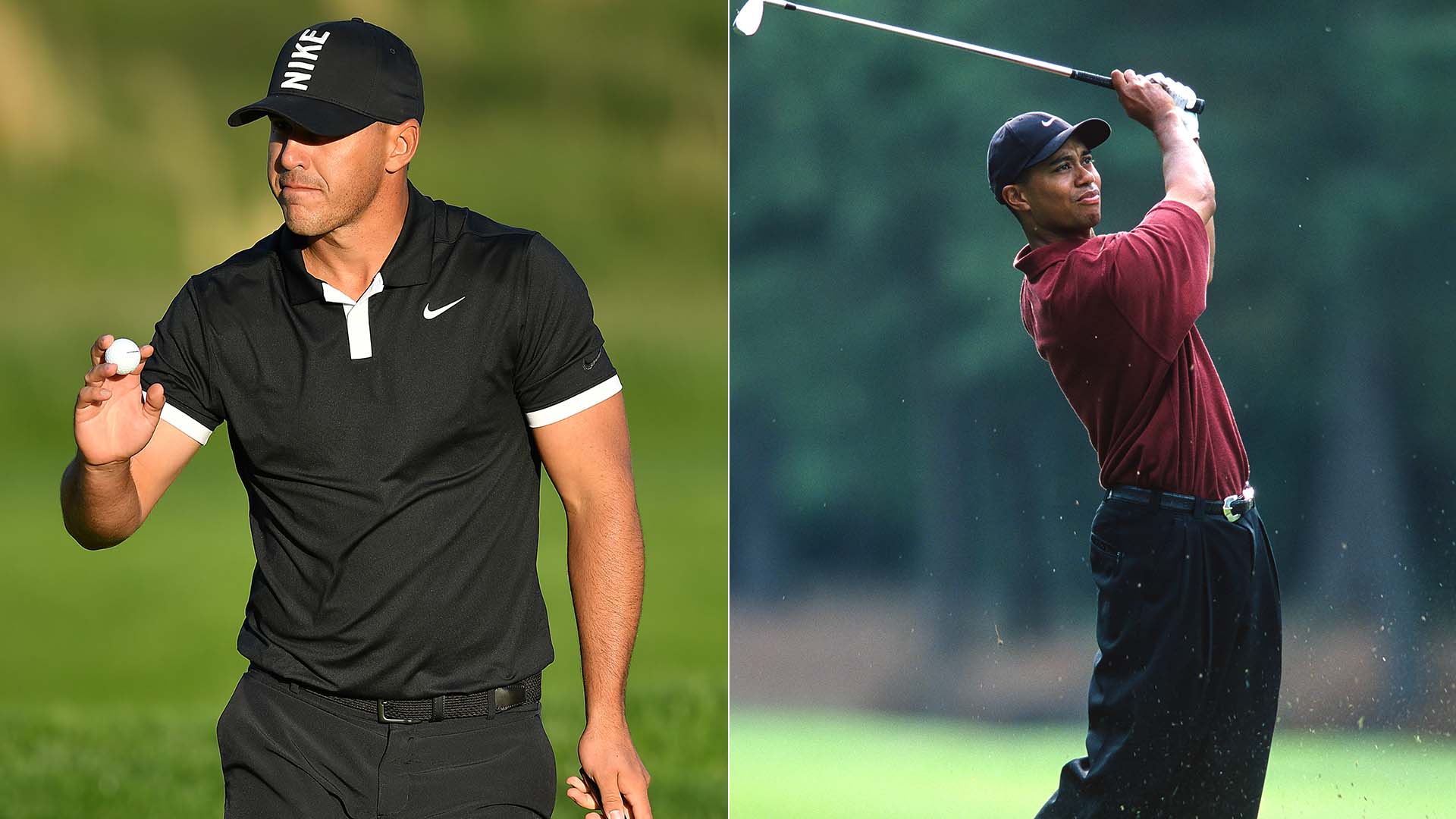 The Brooks Koepka-Brandel Chamblee back-and-forth has taken a turn this week as Koepka marches towards back-to-back PGA Championships.

A month after the Golf Channel analyst criticized Koepka for intentionally losing weight for a reported photo shoot and then questioned his toughness, Chamblee hasn't been shy with his praise for the 29-year-old as Koepka makes history at Bethpage Black.

A day after comparing the three-time major champ's confidence to Babe Ruth and Muhammad Ali, he likened the current state of Koepka's game to Tiger Woods in 2000 on Saturday night's "Live From the PGA."

"This is Tiger in 2000 ... it’s an athletic tsunami," said Chamblee. "He’s doing everything. Nobody has it all. Tiger had it all. Tiger is the only person to have won a major championship by double digits in the last 100 years and he did it twice ... and here comes a guy who has played golf over the last three days with nothing missing. Not one component of the game missing. And he’s on the cusp of building a double-digit lead." 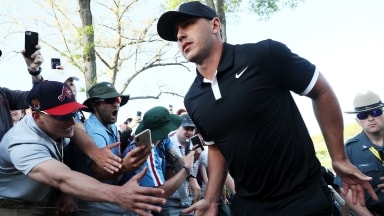 Date with history: Koepka on the verge of another major moment

The 101st PGA Championship is all-but over and Brooks Koepka is closing in on securing more history is a very short period of time.

“As a golf fan, I’ve seen and read some things where people are saying [Koepka’s performance] is boring. But it wasn’t boring when Tiger was doing it. It was marveling at majesty, at greatness," added David Duval. "I’m not saying he’s Tiger Woods by any stretch, but that’s how he’s playing golf right now. You’ve got to appreciate this expertise and this excellence.”

Koepka enters the final round with a PGA record seven-shot lead through 54 holes at Bethpage and is on the verge of his fourth major victory in his last eight starts.

Woods, who is sitting on 15 career major victories, won nine of the 20 PGA Tour events he entered in 2000, including the U.S. Open (by a record 15 strokes), The Open (by eight) and the PGA Championship (in a playoff).

He also won the Masters in 2001 to become the first ever to hold all four major titles at the same time – a feat that has since become known as the Tiger Slam.