Thomas and Fowler choke away 5-up lead, halve Leishman and Ancer 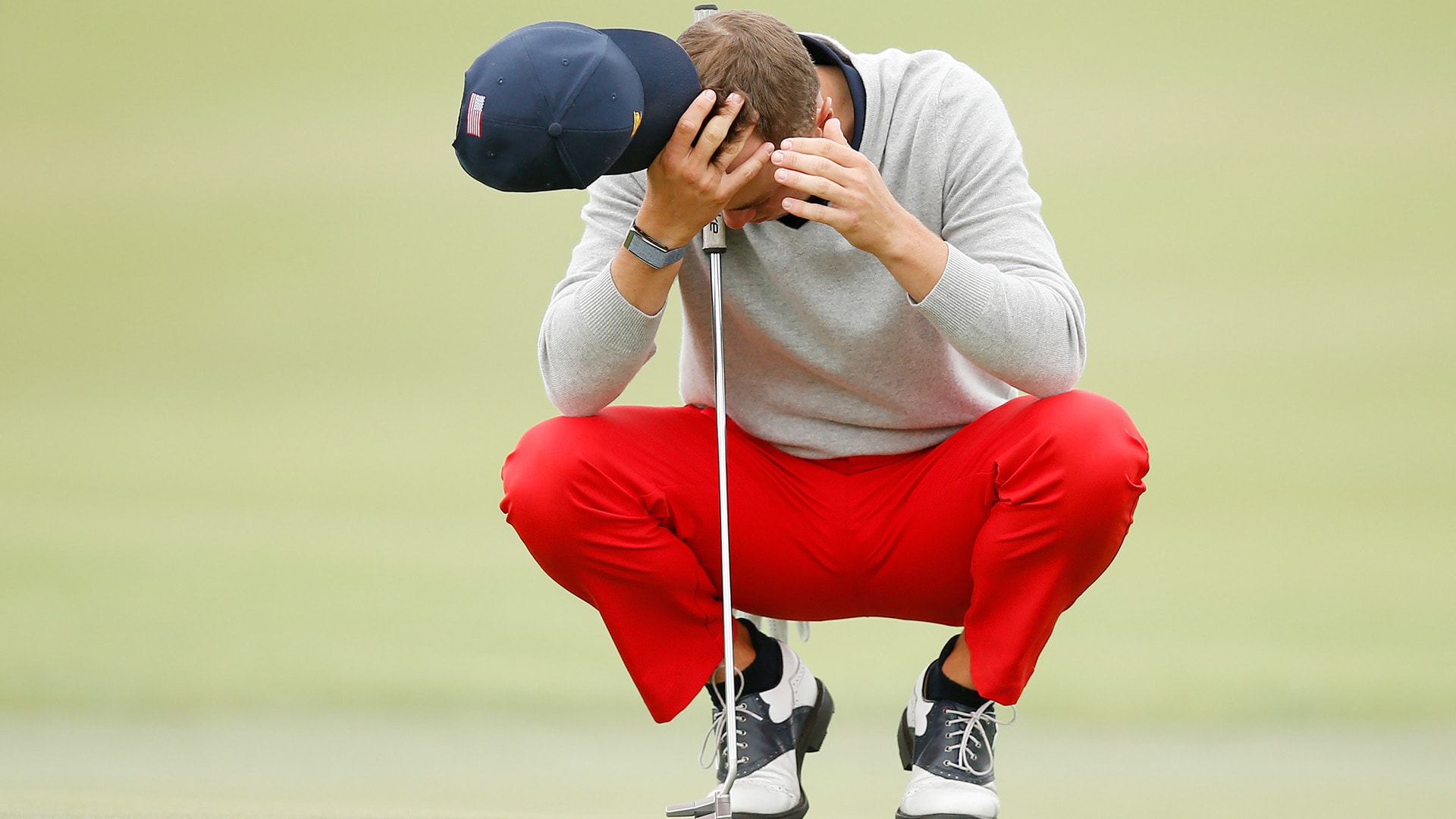 MELBOURNE, Australia – The unthinkable happened Saturday at the Presidents Cup.

Justin Thomas and Rickie Fowler, the Americans strongest duo, a team that had a combined 4-0-1 record to this point, blew a seemingly insurmountable lead at a crucial point of the matches at Royal Melbourne.

Thomas and Fowler went 5 up through seven holes in their foursomes match against Marc Leishman and Abraham Ancer and held that same lead with just eight to play.

“Speechless,” Thomas said. “It’s unacceptable for us to get a half point.”

With eight holes remaining, the Internationals birdied Nos. 11 and 12 to cut the deficit to 3 down. The score remained there with three holes remaining. Thomas and Fowler then bogeyed each of the last three holes, losing all three, to back into a tied match.

“That's the way it is, that’s the way match play goes,” Fowler said. “We flipped them a few times on 18 yesterday, and just gives us a little bit more work to do tomorrow. But it’s something that we can take care of.”

Thomas and Fowler three-putted the 16th and 17th holes from 70 feet and 60 feet, respectively. Then, with a 1-up lead on the 18th tee, Thomas blew his tee shot way left, leaving only to advance the ball up the fairway from underneath a tree. Thomas hit the ball on the green, and they two-putted for bogey.

One par on any of the last three holes would’ve clinched the full point for the Americans. Instead, the Internationals now lead, 10-8, heading into Sunday singles.

“We had our chances, and I mean, flat honest, just didn’t execute,” Thomas said.

“It’s pretty awesome,” Leishman said. “It’s going to be a big momentum gainer for the Internationals.” 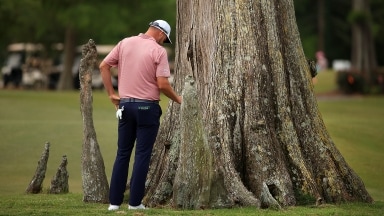 He loves me, he loves me not: Leish on tree

Marc Leishman's opinion of the tree on the 13th hole at TPC Louisiana changed drastically as the week progressed. 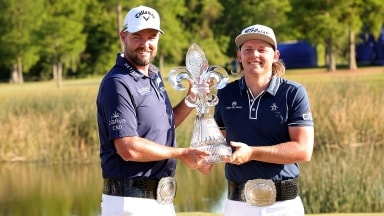